Police have identified the teenager struck and killed by a car in Mashpee Tuesday.

Jeremiah Smith, 13, was hit at 8:29 p.m. by a car traveling eastbound on Quinaquisset Avenue at the intersection of Mashpee Neck Road, according to Mashpee police. Smith, of Mashpee, was taken to Cape Cod Hospital, where he died from his injuries, police said.

According to police, the driver of the vehicle was Constantinos Mitrokostas, 55, of Mashpee. Police told Boston.com that Mitrokostas did stop after the crash, which remains under investigation. 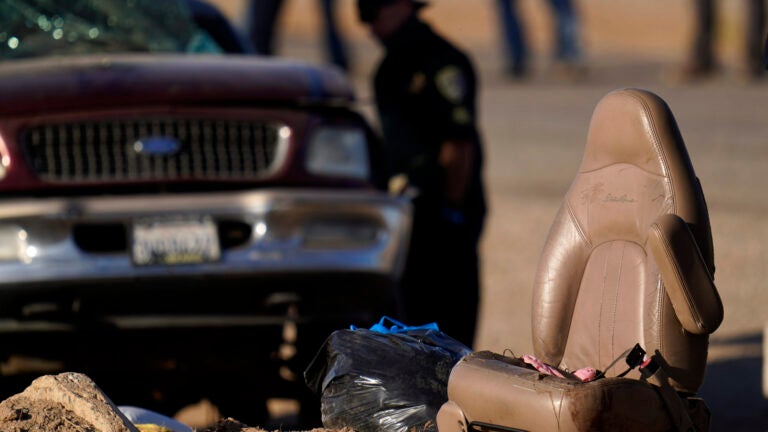 A car crash in the California desert: How 13 died riding in 1 SUV