The Boston Public Market is feeling the effects of residents hibernating during its first winter in the city.

The year-round indoor market near Faneuil Hall that opened in July topped $5 million in sales in 2015 and saw more than 800,000 visitors in its first five months, according to market officials. Foot traffic has dropped slightly since then, with 500,000 of those visitors coming through the doors in its first three months.

“Any public space has slower foot traffic in the cold months,’’ said market manager Tiffani Emi. “People tend to bunker down and not want to go outside.’’

Joe Langhan, owner of Beantown Pastrami, said his specialty food service has seen roughly a 50 percent drop in its average weekly sales from September to December. And since December, sales are down an additional 40 percent.

Genevieve Stillman, who owns Stillman’s Farm with her husband, Glenn, said the costs of running a small business in the market can be more stressful with the lack of foot traffic. Costs include a baseline rent of $625 per month, plus utilities, and a percentage of at least two percent of monthly sales per vendor.

“Every vendor here has overhead to meet,’’ Stillman said. “They have people to pay, transportation expenses, rent to the market, and if a thousand people walk through the door instead of the expected 10,000 people, they are grossly impacted by that.’’

Like most businesses, the biggest drop in customers is seen during storms and bad weather. 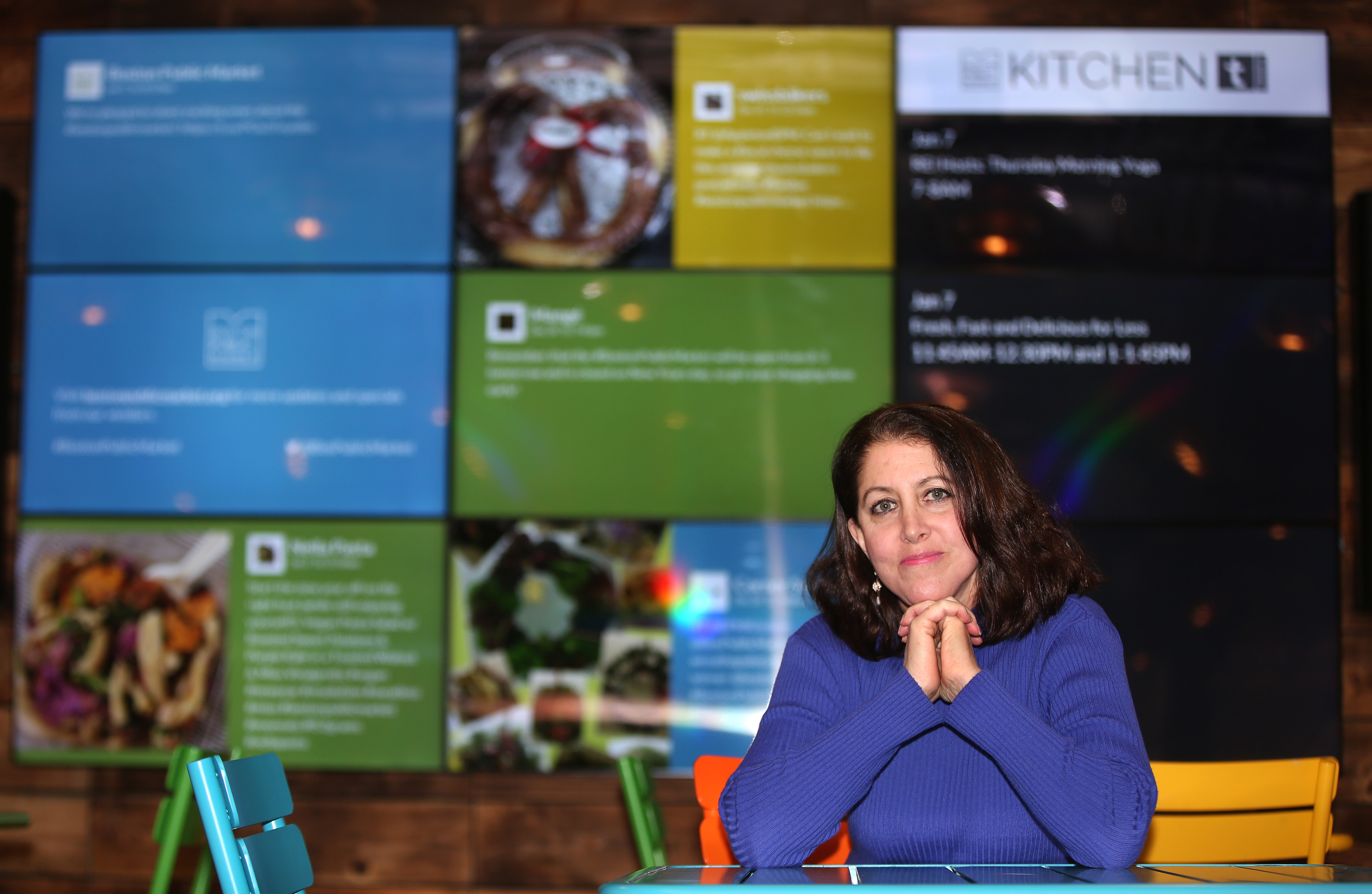 Cheryl Cronin, the new CEO of the Boston Public Market.

To help vendors get customers through the doors, the Boston Public Market Association, the nonprofit that operates the market, has been organizing sales, classes, and events to “beat the weather blues.’’ The events range from storm stock-up days to Fish Fridays during Lent. Newly appointed CEO Cheryl Cronin also said the association is engaged in a new marketing campaign to promote the market’s acceptance of SNAP by vendors, which is expected to launch in the coming weeks.

Still, many vendors expect the remaining winter weeks to be the most trying in terms of keeping shelves stocked with diverse items and luring customers into the space. 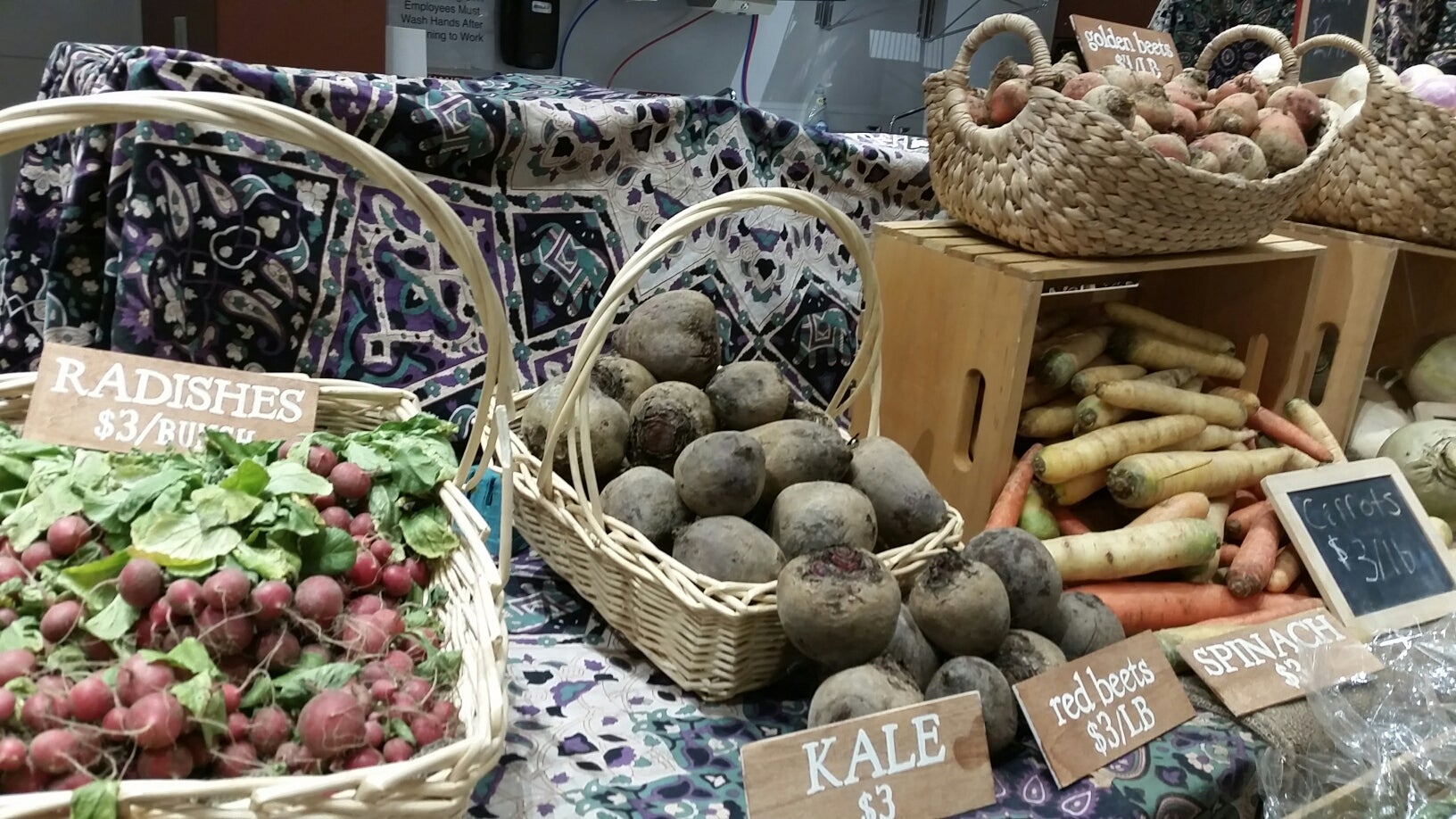 He said the farm is diversifying its products by not only selling small-batch greenhouse greens and winter-storage crops like parsnips, potatoes, carrots, and winter squash, but also by creating shelf products to sell year round like tomato sauce, pickled vegetables, and jams and relishes.

Stillman’s Farm has also begun to sell shelf items, like Alex’s Ugly Sauce, which is made from a variety of the farm’s own hot peppers. They are also offering cut and prepped vegetable mixes for roasting. 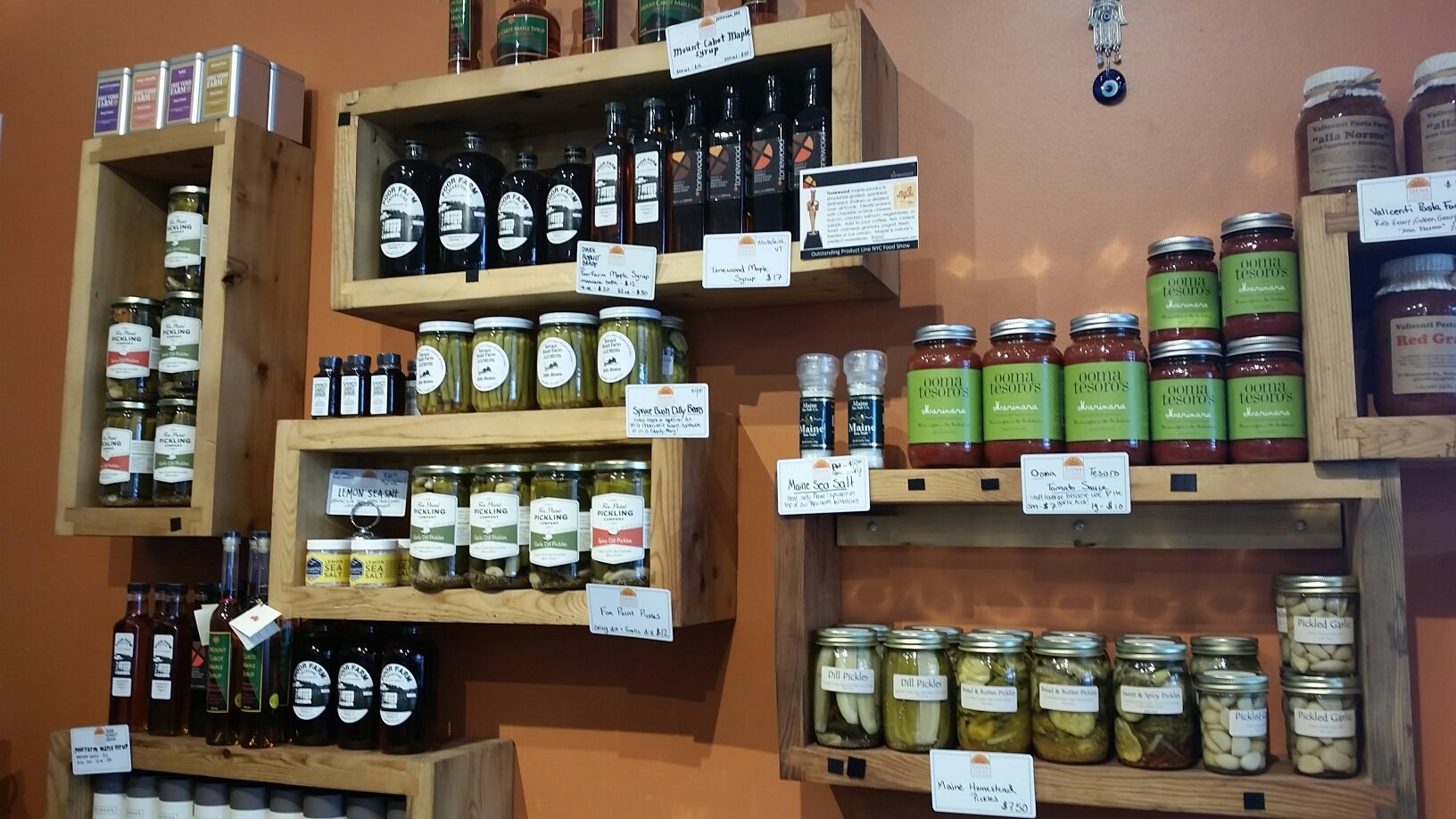 Vendors, like Sienna Farms, are selling pickled vegetables, jams, and other shelf-stable products this winter.

In addition, many vendors are adding additional prepared food to their menus. Nella Pasta added a hot skillet to their station to sell made-to-order pasta dishes. Beantown Pastrami launched a new online service to make ordering lunch at the market more alluring for businesses in the area.

Though the winter decline was expected, Jared Auerbach, the owner of seafood buyer Red’s Best, said the cooling off of sales may be from more than just the weather.

“I’m hoping that things do change in the market,’’ he said. “[The market is a] mission driven thing and we have to be profitable. I am not looking to make a ton of money—for us this endeavor was more of a brand builder and customer relations initiative—but we do need to be a for-profit market and think of the viability of vendors in there every day.’’

Cronin and Emig said they went to the vendors with the idea of forming a Vendor Association as a way to have a united voice when addressing concerns with management and the association’s board. 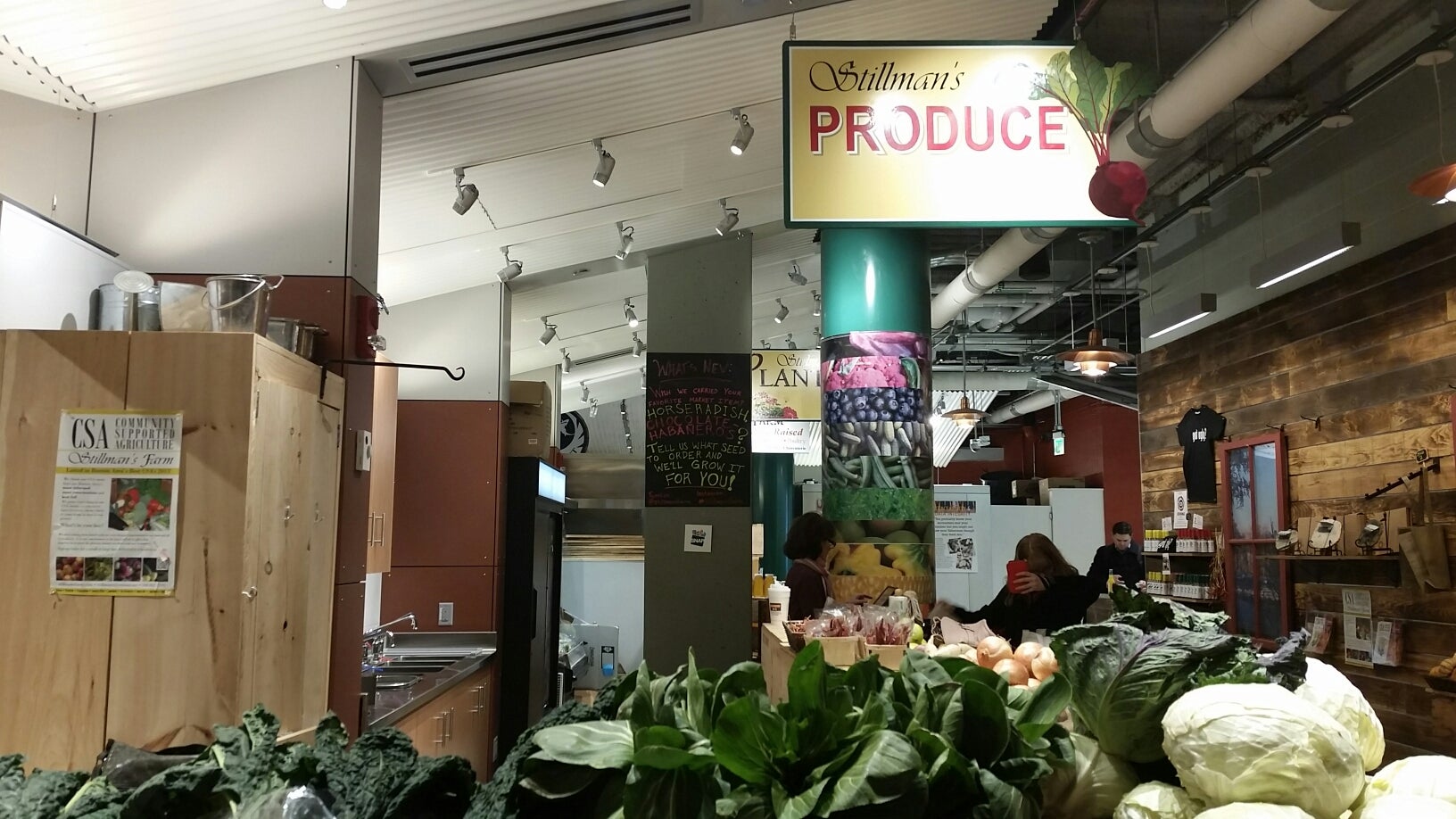 Stillman has been a leading voice among vendors during these early association conversations.

“I think an association is great because I think there is a need to have a vendor voice on the BPMA, and there isn’t currently,’’ Stillman said.

She said the farm has enjoyed working with the BPMA, and is even expanding their booth, but that an association is needed because vendors “have real ideas and solutions about improvements that could be made to the market.’’

Cronin said she thinks of the organization like the other local nonprofits, such as the Boston Public Library or even area hospitals: mission driven, but “still very aware of the bottom line.’’

“All of these business in here are essentially startups and we as a market are a startup,’’ she said. “We will do everything we can for our vendors to be very successful, and for them, a lot of success is defined by if they are financially successful, and therefore able to invest in their farms and able to continue to be bring great products here.’’

As the excitement around its opening months settles, she said gaining and retaining customers at the market will be one of the main focuses of 2016. The operating budget for 2016 is projected at between $1 million and $1.5 million.