As a child in the ’60s, Kathleen O’Connell squirmed in the pews of Holy Trinity German Church during midnight mass on Christmas Eve. She stared at angels on the ornate altar during her grandfather’s memorial service, and admired how the 110-foot steeple and puddingstone façade provided the backdrop for her great-grandmother’s wedding pictures.

Now, every time O’Connell walks past the building, she feels horrified. The church that her family had attended since 1888 has been turned into a high-end condo building called “The Lucas.’’

“It’s heart-breaking,’’ she said. “It wasn’t just a building. Our lives happened in there.’’

The Archdiocese of Boston announced that the church would close in 2004 as part of its reorganization plan. At the time, then-archbishop Sean O’Malley said that declining attendance, aging priests and increased maintenance costs meant dozens of churches would shutter, and their congregations would merge with other parishes.

The Archdiocese of Bostondid not return a request for comment for this story.

Holy Trinity parishioners were surprised that, out of all the churches the archdiocese chose to close, their parish made the list. In addition to being home to the only Latin Mass sanctioned by the Boston Archdiocese since 1990, the church also housed Bridge Over Troubled Waters, a program for at-risk youth, and the Cardinal Medeiros Center for the homeless.

John Salisbury, who began attending in 1990 after moving to Boston for grad school, said the church was thriving.

“Asking me to pick a favorite memory of the church is like asking me to pick my favorite child,’’ he said. “A lot of news reports at the time made it like it was an abandoned church, but there was never a dull moment. There was a regular concert series and social justice ministries. It was a German church, and German people don’t believe in being catered to. People were very committed to making things happen.’’

But they couldn’t prevent the church from closing. A group of parishioners fought the Archdiocese, but the decision became final in 2008. New Boston Ventures, a boutique real estate development firm, bought the property for $7 million in 2014.

The church is one of several in the area that have been turned into condos, as shown by this Curbed map. And last week, developer GTI Properties announced that it would convert the old Church of the Immaculate Conception in the South End into residences. 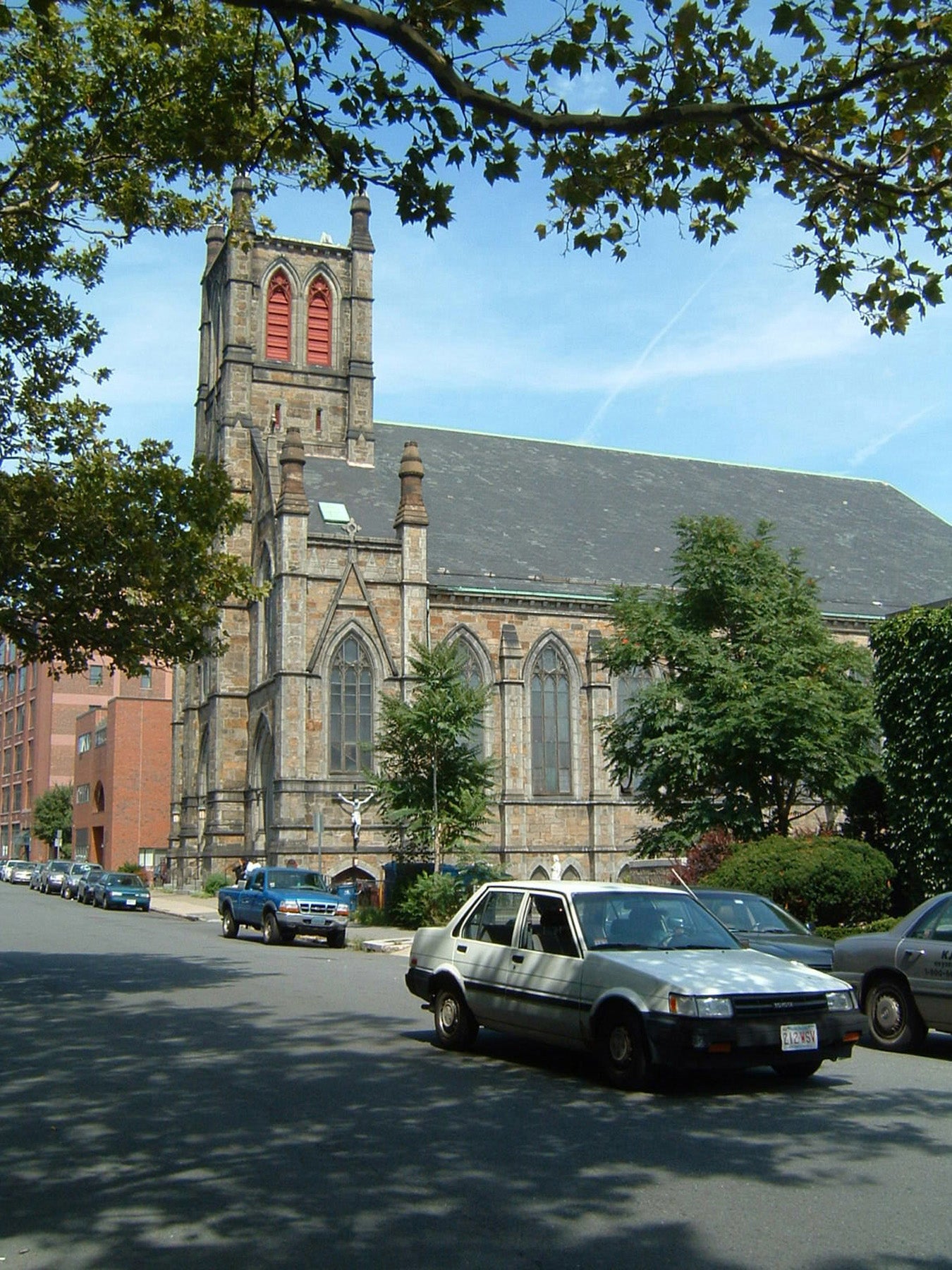 The Holy Trinity German Church before its renovation.

Holy Trinity’s external façade still stands, but it appears as though an eight-story glass and steel rectangle was dropped inside its walls. The condo’s architect, Jim Alexander, of Finegold Alexander + Associates, said the design team thought of incorporating Gothic-style elements and sloped roofs when designing the condominiums to help the building still resemble a church, but it didn’t feel appropriate.

“We understand the history and significance to people living in the area,’’ he said. “But it was no longer a church. It’s deconsecrated. We looked for a fresh combination of the new and the old.’’

Expected to open in spring 2017, The Lucas houses 33 units, and only 11 remain available, according to Ricardo Rodriguez, the building’s marketing agent from Coldwell Banker. The homes range from one to four bedrooms and are priced from the mid-$600,000s up to $4 million.

To make room for the new design, many of the most sacred items from the church were relocated to other parishes. In October, the church’s bells, which had been part of the structure since 1863 and weighed more than two tons, were installed in the Cathedral of the Holy Cross, where many of Holy Trinity’s former parishioners now worship.

Those bells, Salisbury said, held special meaning for Holy Trinity parishioners. Children would be “tagged’’ to go up to the bell tower and swing the bell ropes, letting them chime throughout the neighborhood.

“When old parishioners came back to visit, they would go up to the bell tower just like when they were kids,’’ he said. “It means a lot to have those at the Cathedral.’’

And the high altar with the angels will eventually be installed in the Cathedral, though O’Connell said it’s in storage now.

“We’re really appreciative of the Cathedral taking us in and incorporating those elements,’’ she said. “But it’s not the same thing. It’s not as visible to us. There isn’t as much of a sense of community. It’s not the place that’s been in, that is, my family.’’ 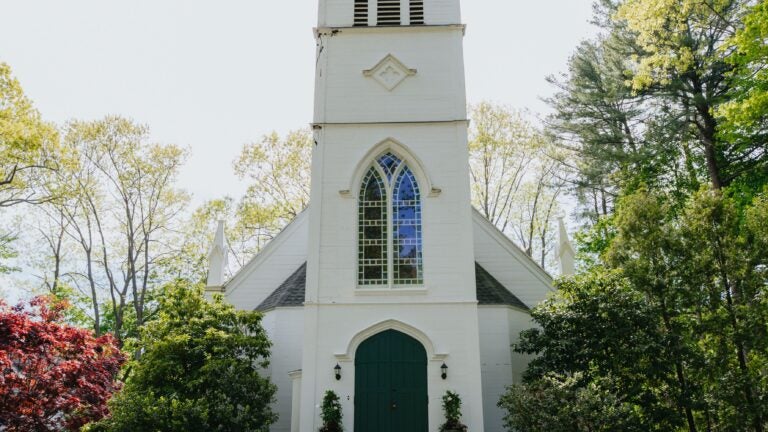