BIDDEFORD, Maine (AP) — A collection of memorabilia including Babe Ruth’s baseball glove and Walt Disney’s Mickey Mouse ears is coming up for auction off the beaten path in Maine, far from the Big Apple where Ruth smacked home runs and the theme park and studio Disney created in California.

The items that once belonged to the late New York TV and radio personality Joe Franklin include several dozen hats from a bygone era such as Frank Sinatra’s fedora and John Wayne’s Stetson.

The auction will take place April 2 at Maine-based Saco River Auction, a small auction house far from the entertainment hubs of New York and Los Angeles.

Auctioneer Troy Thibodeau said the items came from a collector who wishes to remain anonymous who spent years purchasing items from the collection of Franklin, a talk show host who encouraged his famous guests to leave a souvenir after appearing on his show.

The items include leather jackets belonging to Steve McQueen and Marlon Brando, Laurel and Hardy’s boxing gloves, a baseball glove used by Joe DiMaggio and a harmonica used by Janis Joplin. In addition to John Wayne’s Stetson, the collection includes the actor’s cowboy boots and spurs.

Franklin, who died in January 2015 at age 88, was a talk show institution in New York. He amassed so much memorabilia — either as gifts or through his own purchases — that his office was a cluttered mess. He even rented expensive storage units to handle the overflow, said Steve Garrin, longtime producer and friend.

‘‘His office was floor to ceiling with stuff,’’ said Garrin.

Though Franklin never had the national exposure of talk show hosts who followed, he was an icon in New York where he hosted radio and TV shows for decades. Garrin and Franklin joined a restaurateur to open ‘‘Joe Franklin’s Memory Lane Restaurant’’ in Manhattan’s theater district.

Franklin, who logged more than 300,000 guests during his career, auctioned off some of the items himself in 2002. Some of those items including Jack Benny’s stage violin are back up for sale again as part of the collection in Saco, Thibodeau said.

The small auction house made a name for itself in recent years with some high-profile items, including the oldest known recording of black vocal group and a rare baseball card from 1865. 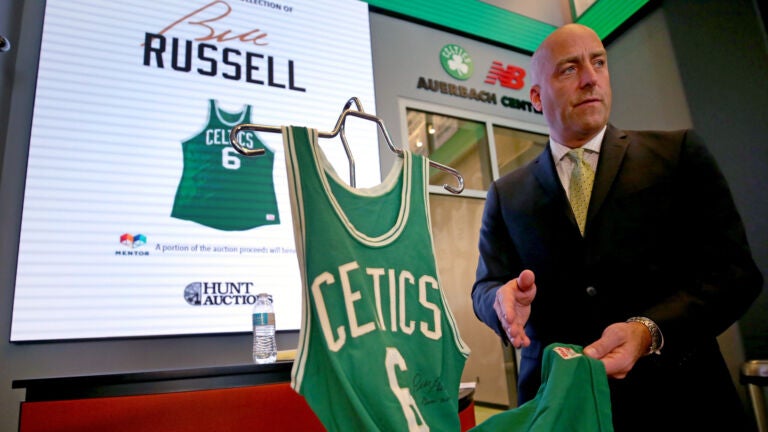