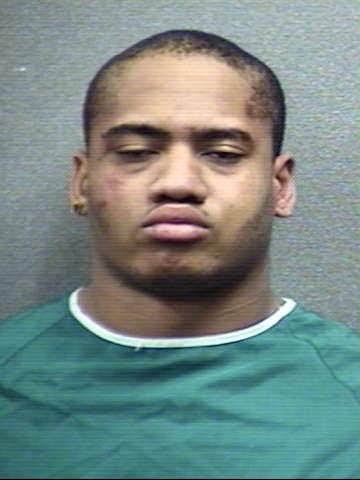 Jacob Andrew Randle was arrested for assault and battery on three police officers.

Authorities say a teenager is facing charges for assaulting and threatening to kill three Concord police officers on Wednesday.

When officers were called to a home on Baker Avenue, Jacob Andrew Randle, 19, of Concord, was in “a disturbed mental state,” according to police.

When officers tried to calm Randle, police say he assaulted them and threatened to kill them. Officers say they ordered Randle to the ground, but the 5-foot-11-inch, 270-pound teen refused and instead took a fighting stance. After a violent struggle, police say they used tasers on the teen in order to contain him.

Police believe Randle had smoked synthetic marijuana or another hallucinogenic drug prior to the incident.

Randle is being held at the Middlesex Jail and House of Correction until his arraignment in Concord District Court. Information on his attorney was not immediately available.

A Boston police officer was arrested for assault. Then, hours later, the charges were dismissed. Here's what happened.