Emergency workers have rescued a man who was trapped eight feet underground in a Halifax trench on Tuesday morning.

The man was placed on a medical helicopter at around noon, according to the Plymouth County Technical Rescue Team. When crews arrived on the scene several hours earlier, they secured the trench and began digging the 50-year-old man out by hand.

Rescuers were able to start an IV on the victim, who was able to communicate as crews worked to free him. Crews also placed a heater near the rescue area to prevent hypothermia.

The PCTRT is made up of about 70 firefighters from Plymouth County.

PCTRT members and the @bostonmedflight crew bring the victim to an awaiting ambulance and then to the landing zone pic.twitter.com/PWcc4mMs2a 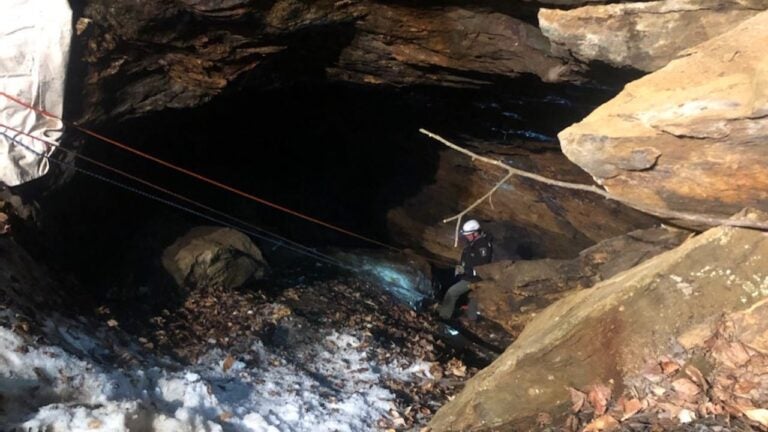