BRENTWOOD, N.H. (AP) — The gun used to kill Pamela Smart’s husband in 1990 in a lurid case that inspired sensational media coverage will be returned to its owner, a New Hampshire judge ruled, saying he had to follow the law rather than his own sense of decency.

Authorities say the Charter Arms .38-caliber revolver was used by then-16-year-old William Flynn to kill Gregg Smart in the couple’s Derry home. Flynn was accompanied by three teenage friends, including Vance Lattime Jr., who drove the getaway car and supplied the gun. It was his father’s.

Vance Lattime Sr. brought the gun to police in 1990 after hearing that it might have been used in a crime. He filed a motion last year to get it back. The state objected, saying Pamela Smart, who was convicted of being an accomplice to first-degree murder and sentenced to life in prison without the chance of parole, continues to file appeals. Prosecutors said if the gun is needed for some kind of hearing or proceeding in the future, it is available for all parties.

Rockingham Superior Court Judge Andrew Schulman ruled that Smart never challenged the “undisputable fact” that the gun was the murder weapon, and that photos and videos of the gun will suffice if it ever becomes necessary to revisit the facts of the case. He said Lattime Sr. is an “innocent owner” who didn’t give his son permission to take the gun.

Lattime Sr. has not said what he would do with the gun. Schulman wrote that Gregg Smart’s family suffers to this day, and that their suffering will likely be increased if, “as the court fears, the weapon that caused his murder is placed into commerce as a curiosity.”

Schulman noted that the case attracted national and international attention.

The trial was a media circus and one of the first high-profile cases about a sexual affair between a school staff member and student. It inspired the Joyce Maynard novel “To Die For,” which in turn was made into a movie starring Nicole Kidman.

At trial, Flynn testified that Smart, a media coordinator at his school, told him she needed her husband killed because she feared she would lose everything if they divorced. He said she threatened to break up with him if he didn’t kill him.

Smart has admitted seducing Flynn, but said she didn’t plan her husband’s murder.

All four teens have been paroled.

“It would take a psychologist, a sociologist or an anthropologist to explain why our society transforms murderers into B-List celebrities,” Schulman wrote. “But, if released to the intervenor, the ‘gun from the Pam Smart case’ will itself attain B-List status. To prevent that from happening, if the court could do as it pleased, it would forfeit the gun to the state and order it destroyed.” 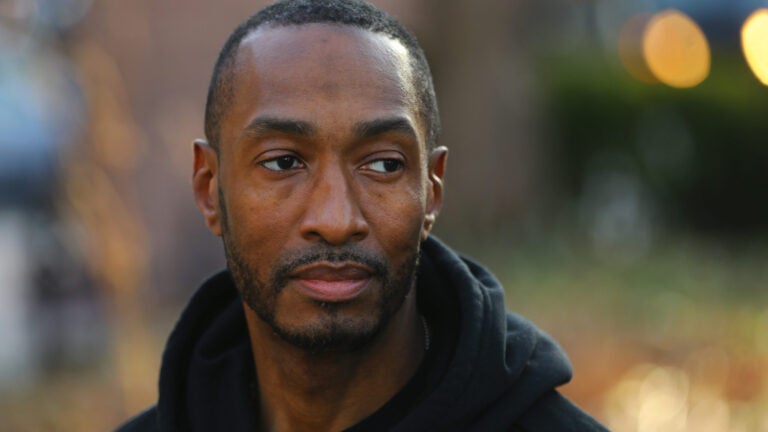