What began as a typically mundane meeting erupted into a brief, curse-filled melee Thursday in Chatham, as two men came to blows over a proposal to raise docking fees on non-residents.

The fight broke out about 30 minutes into the recorded meeting Thursday, which can be viewed in full on the town’s website, and was first reported Friday by the Cape Cod Times, which uploaded a two-minute censored clip of the meeting’s most explosive moments.

After an argument between Chatham Waterways Advisory Committee member David Davis and Aunt Lydia’s Cove Committee Chairman Doug Feeney, both identified by the Times, escalated into expletives, Davis stood up from his seat and tried to walk around the table, pushing another man out of the way.

After flailing at the chairman, Davis was pulled back by other meeting attendees, but not before Feeney returned a few punches.

Timothy Roper, a selectman in the coastal town who was present at the meeting, told The Boston Globe the proposal to raise docking fees for non-residents from $300 to $1,000 was “was controversial because many non-residents who would be affected may have grown up in Chatham and moved to neighboring towns, but have been part of the fishing community for most of their lives.”

No injuries were reported from the fight, nor charges filed, according to the Globe, but Davis’s Waterways Advisory Committee membership will be reviewed by the town.

Once things calmed down, the meeting went on for another 90 minutes and was “pretty mellow and pretty productive,” Roper told the Times. 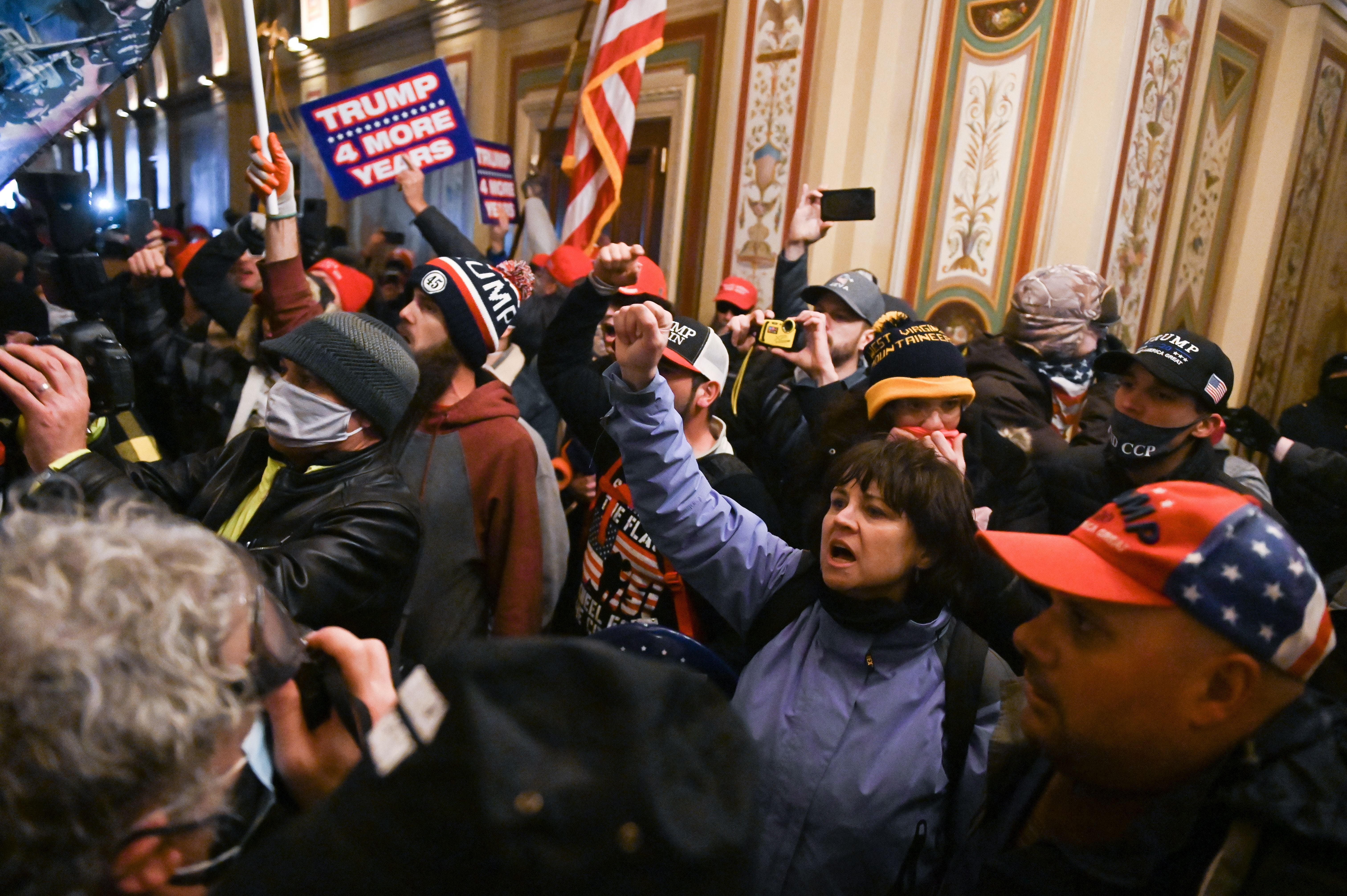 Natick Town Meeting voted to condemn the Jan. 6 attack on the Capitol. One of their members was there.