There have been over 33 fatal overdoses in Middlesex County since March 1, according to the district attorney’s office.

Middlesex District Attorney Marian Ryan issued a call to action on Friday in response to the spike of overdose deaths, calling on members of the community to provide resources to their loved ones suffering from addiction. In partnership with Ryan’s call to action, community and addiction services agreed to increase staffing levels over the weekend to help provide resources to those in need of help.

“We want to be saving lives this weekend,” Ryan said during a press conference, according to The Boston Globe. “As I have said many times, this is a public health crisis. This is a community crisis. We need the community to step forward and help us.”

As of April 7, state police have responded to 65 fatal overdose deaths, 45 of which were attributed to heroin, since the beginning of the year, according to the D.A.’s office.

The number of fatal overdoses has risen drastically since 2012, when there were 65 deaths during the entire year. 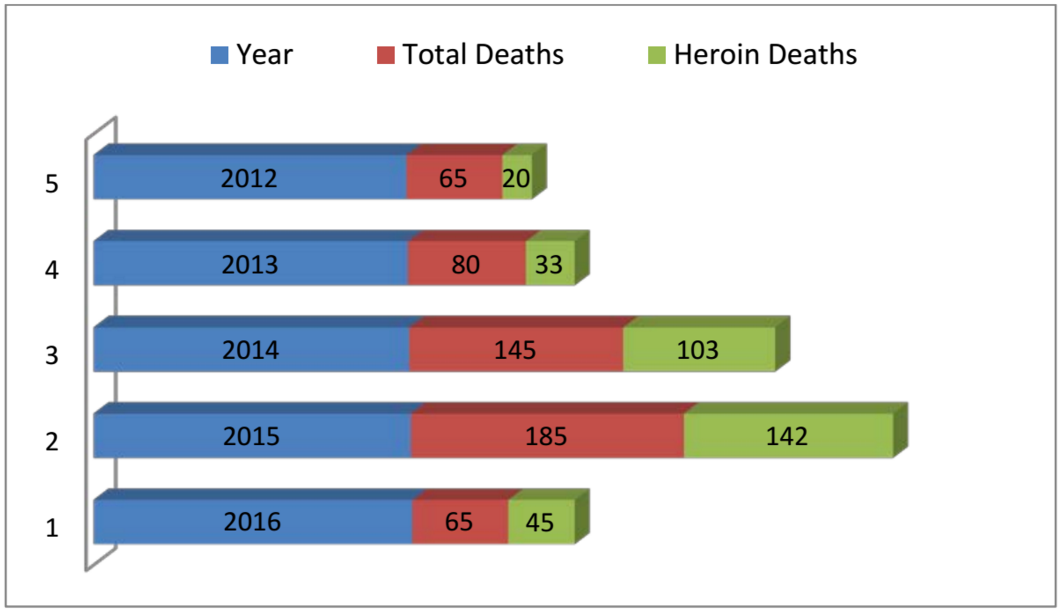 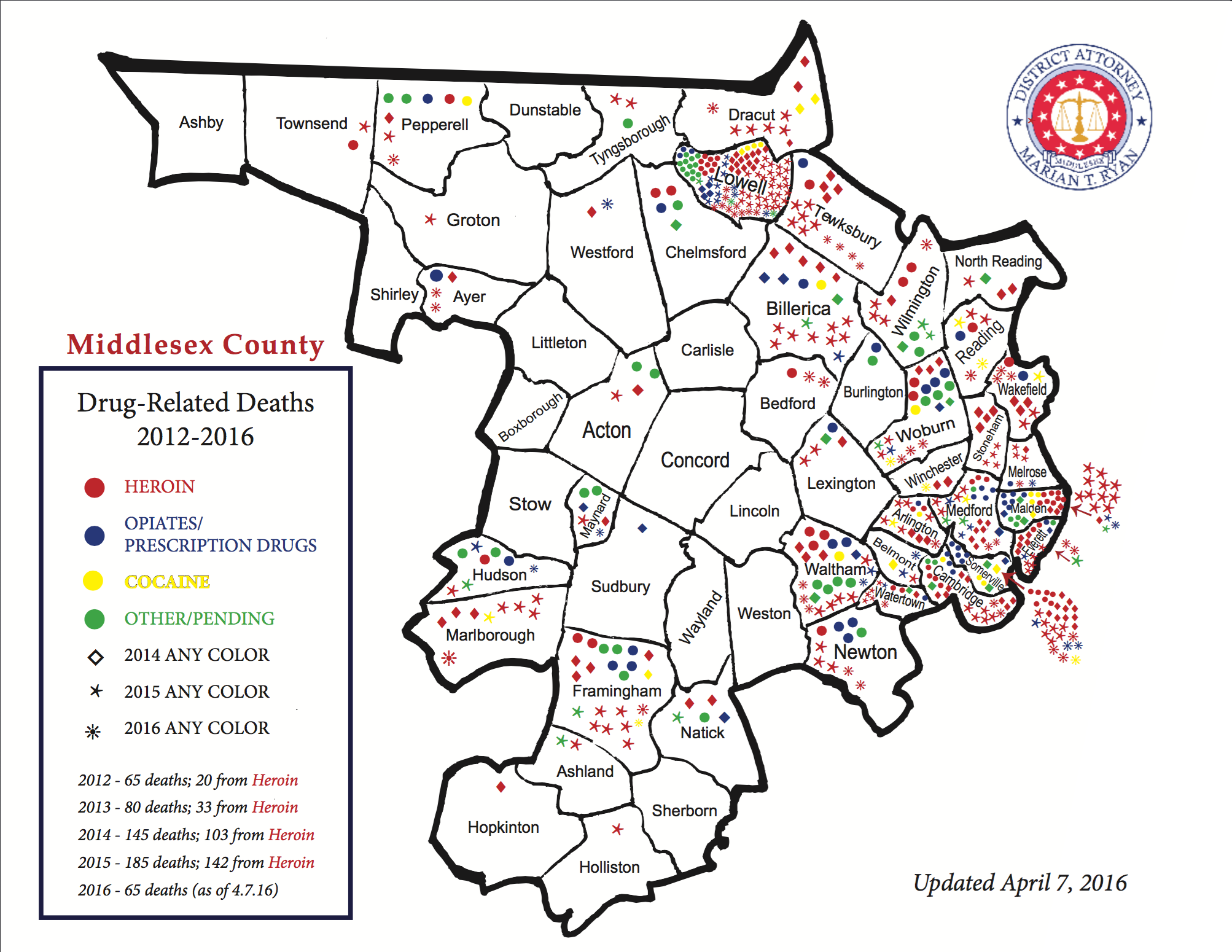 Using data from the county’s six largest private EMS companies over the last 32 days, the D.A.’s office found 244 Narcan interventions were made, an average of 7.6 a day.

“This conservative estimate gives a glimpse into the severity of the problem and is not necessarily inclusive of all Narcan doses administered by police, fire, or other reversals that may be administered by friends and family,” the office said in a statement Friday.