“First things first, I ain’t calling out individuals, but what’s been going on in this school is just so pitiful,” begins a music video created by students at Newton North High School. “Now it’s visible. No more sweeping under the carpet. Let’s stop it.”

In the video, posted to YouTube April 7 on the Newton North Television and Video Department page, the students take a stand against the incidents of anti-Semitism and racism that have occurred there, and at other district schools, in recent months.

“There’s already a lot of putting down, so Newton North, now it’s time to spread the love around,” student Marchaina Roscoe sings. Roscoe wrote and co-produced the video with fellow student Everett Filpin.

Newton Mayor Setti Warren praised district high school students for the role they played in a community meeting held Thursday after two instances of anti-semitic graffiti was found at the Day Middle School. According to The Boston Globe, during the meeting a group of activists dismissed a discussion of homophobia and other types of prejudice and discrimination, but were rebuffed by students who stood and spoke about the need to fight all forms of intolerance.

“I do want to highlight how impressed I was with our young people who spoke out last night, emphasizing that building alliances among all groups is the most effective way to combat prejudice,” Warren said in a letter published in the Globe on Friday. “They displayed remarkable maturity and stayed to engage in further conversation with others after the meeting ended. They represent hope for the future.”

Both students and faculty appear in the video to lend voice to the refrain, “I am you, you are me, let’s come close together. We got to do better.” 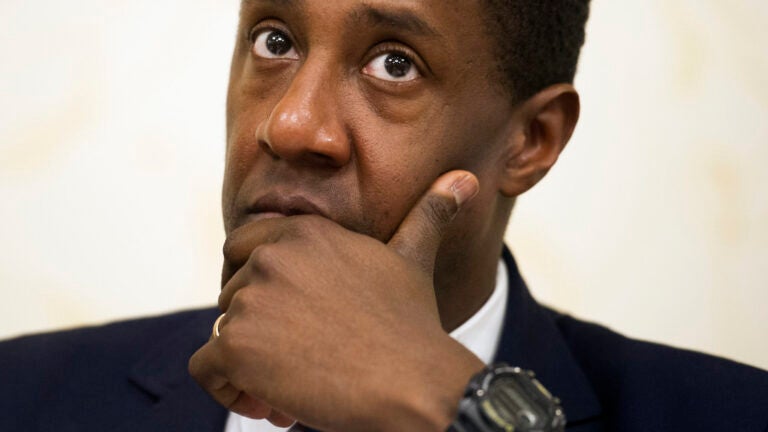