Members of the MBTA’s governing board sounded a note of cautious interest in a proposed daily overnight bus service that a trio of transit advocates have publicly pushed after the T ended its late-night weekend service.

The board on Monday heard about four recommendations for blunting the impact of last month’s cancellation of late-night transit on low-income and minority riders. Charles Planck, an assistant general manager at the T, presented the options, which would increase bus service on select early-morning and weekend bus routes that largely serve those populations, at an annual cost of about $600,000. Bus routes 116, 117, 109, 111, and 66 would be among those to receive the boosts in service.

If the board had voted to approve the changes before April 15, they could be implemented by late June, Planck said.

But the board opted to table those ideas for the time being, asking Planck to return in the coming weeks with an analysis of whether the more ambitious seven-day overnight bus service would be feasible.

The all-night bus service proposal, published in late March on CommonWealth magazine’s website by transit advocates Jeremy Mendelson and Ari Ofsevit and former Transportation Secretary Jim Aloisi, would provide hourly bus service on a nightly basis on certain routes. On an hourly basis, the buses would meet at a central location, allowing for riders to transfer before taking off to their destinations.

“This would allow the use of current MBTA bus stops and corridors, and be mostly an extension of current service, not an entirely new service,” they wrote. “It would provide service to most of the area covered by MBTA rail and key bus routes, putting the bulk of the most densely populated parts of Boston and surrounding communities within a 20-minute walk of a bus stop.”

The group believes the proposal would put most of Boston and its inner suburbs within a mile of an overnight bus stop, and that it could be done for about $1 million per year.

Board member Steve Poftak said Monday that he’d want to hear more about the “all-nighter” proposal, asking Planck how quickly the T could analyze how feasible the scenario is and what its effect would be. Another board member, Monica Tibbits-Nutt, was not present Monday, but said last week that the board was “very, very open to considering this.”

Board member Brian Lang said he was also interested in hearing more, but expressed skepticism of the proposed $1 million price.  Transportation Secretary Stephanie Pollack also questioned the price tag and said that if the board considers a new form of late-night service, it should do so as a pilot program with clearly stated goals.

Joseph Aiello, the board’s chairman, asked Planck to return in the coming weeks to provide information on how soon the board would need to vote on the proposal if it wanted to put it in to place by the fall, or what the metrics of success for that kind of plan might look like.

The possibility that the board could weigh the overnight proposal, however, meant the more modest mitigation proposals — increasing service on certain bus route– were put on hold for the meantime.

That drew criticism from Rafael Mares, a transit advocate and a vice president at the Conservation Law Foundation. Since Planck said a decision was needed by April 15 to put the service changes into effect this summer, tabling the decision until later could mean the ideas brought to the board Monday might not be put into effect until the fall, Mares said.

Mares said he would support putting the simpler adjustments in place now and potentially adding the all-nighter service later.

“We’re already in a time period where the mitigation should be in place if there is any,” he said. “Waiting until the fall is obviously not sufficient to providing mitigation.”

John Englander, a lawyer for the MBTA, said it is not certain that the decision to table the vote will necessarily result in delaying the changes until autumn.

The move to consider mitigation for vulnerable populations impacted by ending late-night service came after a winter snafu with the feds about the cut.

In February, the T’s board voted to cancel the service, citing costs that were unjustified by ridership and interference with overnight maintenance. But the vote came before the agency had completed an equity analysis — a federally required study of how canceling a service would affect vulnerable populations.

Days later, the Federal Transit Administration sharply rebuked the T’s request that it not conduct the analysis, and ordered the agency to complete it to remain compliant with federal regulations.

The T completed the analysis about two weeks later, and it found mixed results. By one metric, which was based on census data, cutting the service would not have a disproportionate impact on the vulnerable populations, the analysis said. But an analysis using past ridership surveys showed there would be such an impact.

The agency said that because the ridership data came from 2008 and 2009, and did not specifically account for late-night ridership, the census-based analysis was more valid.

As a result, the T believes it is not required to offer mitigation. It ended the service in the early morning of March 19, reverting its weekend closing time from 2 a.m. to 12:30 a.m.

But in recognition of the impact shown by the ridership survey, the MBTA said it would consider changes that primarily serve minority and low-income riders in order to mitigate the impact, as long as they were relatively cheap and did not enlist the subway system. The bus route adjustments proposed by Planck on Monday represented those mitigation suggestions. 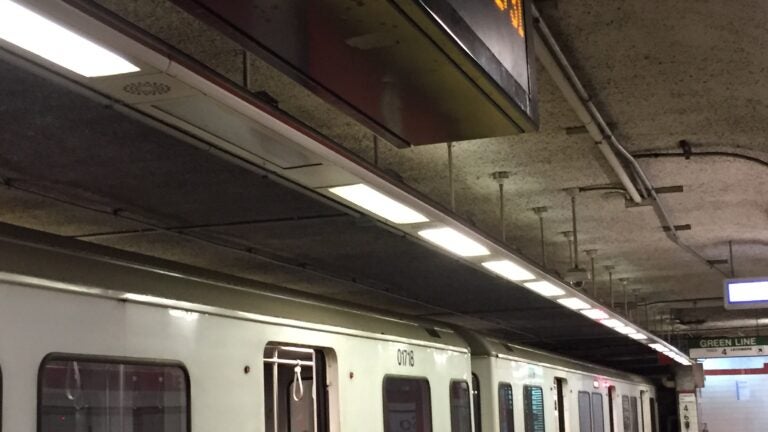 It was the last ride for late-night MBTA service