PEABODY, Mass. (AP) — Many of the officers whose names are on the National Law Enforcement Memorial in Washington, D.C., died violently. It’s what you’d expect.

But expectations can be deceiving. Some might be overlooked because, while they showed courage and sacrifice, it came in quite different circumstances.

Now, said Peabody Police Chief Thomas Griffin, one of this department’s officers will be honored belatedly, after losing his life while saving another. Patrolman Edward “Scotty” Johansen will be memorialized in Washington on May 13 for his actions dating back to Nov. 13, 1971.

Johansen had previously been an athlete in top shape. But by 1977, when daughter Linda (Rydzewski) was due to be married, Johansen was struggling with the help of nurses to prepare to walk her down the aisle.

“He could hardly get out of bed,” said granddaughter Julie Daigle, the city’s business liaison. “But he did it.”

Griffin came upon Johansen’s story through Daigle, who was born after her grandfather died. Newly arrived from Salem, the chief was surprised to learn that not a single Peabody officer had ever been lost in the line of duty.

“I thought there would be at least an accident,” he said. But officers “could only remember a guy who got sick.” Griffin dug out the records and sent them to Washington.

They tell how Johansen was called “to quell a report of a wild party” on Glendale Avenue, near Brown’s Pond. The “wild” individual was “some kind of well-known troublemaker,” Daigle believes. He ran. But not far.

The suspect was taken to J.B. Thomas Hospital. He would live until 2005, said Griffin.

Later that night, all officers involved were summoned to the hospital and informed that the suspect was a carrier of hepatitis. They were strongly advised to get inoculated. In Johansen’s case, said Daigle, the nurse took in his size and recommended two shots.

Nevertheless, in subsequent months Johansen, a father with two kids, began showing signs of the disease.

“We couldn’t get near him for a while,” said Rydzewski. “He got a little better. Then he started to be hospitalized.”

By 1974 he had retired. “I didn’t realize how sick he was,” Rydzewski said. It made no sense this could happen to someone so extraordinarily fit.

“He loved people,” said Rydzewski. “He loved the outdoors. He loved football. He loved fishing.” He built a log cabin for her and her brother in the backyard. “There was nothing he couldn’t do.”

It was left to his widow, Kathryn (O’Neil) Johansen, to deal with the aftermath.

“We’re a close family,” said Rydzewski. “My mother had a lot of family support.” But it was hard. “She never remarried. She always misses him. She still talks about him.”

“He was a good-hearted person,” said Dullea. “Very intelligent. And a very powerful man. He did a good job on the police department.”

In Washington, D.C., Johansen will be included on a monument of more than 20,000 American police officers who have died in the line of duty. Likewise, he will be on a memorial to police and firefighters to be erected in Peabody.

His survivors might have filed lawsuits over his death, but it was a different time, Daigle said, “And they weren’t that kind of people.” There was never bitterness.

As to these late honors, “I’m really impressed,” she said. “(Chief Griffin) went above and beyond. We’re all really thrilled.”

The 1970s predates concerns over HIV and AIDS, which highlighted the medical dangers that police officers can face.

“The dangers were never explained to us,” said Dullea. With Johansen’s illness, “We all started thinking — ‘That could happen to us.'”

Even so, it’s the nature of police work to act in a life-or-death situation, Dullea said. “You’ve got someone lying there and what are you going to do?”

“My dad knew his job,” said Rydzewski. “He prepared himself. And he was the kind of guy when somebody was in trouble, he jumped in to help them. He couldn’t walk away from something like that.”

It didn’t matter who was having the trouble. And still doesn’t. Ironically, she works today for a group providing health services for prisoners. Her father would have approved, she believes.

For that matter, Daigle, the granddaughter who never knew him, has a close connection to police. Notwithstanding the family’s tragic history, she married a Lowell patrolman. 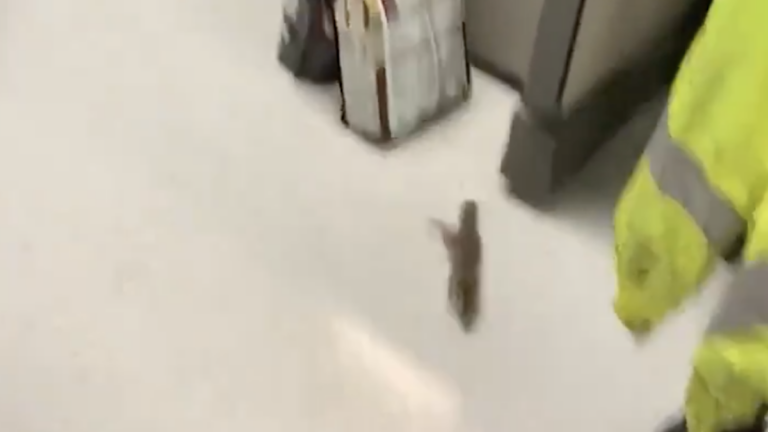