BOSTON (AP) — A 69-year-old Massachusetts man has completed a monthlong Berkshires-to-Boston canoe trip in an effort to bring attention to the importance of clean water.

The trip, similar to a journey he made 28 years ago, was intended to celebrate the progress made in cleaning Massachusetts rivers and highlight the need for continued action.

Alsop also wants to draw attention to General Electric’s resistance to some terms of a federal cleanup of the Housatonic.

“Twenty-eight years ago I paddled this very canoe across Massachusetts to raise awareness of the condition of our rivers, and I’ve seen many changes,” he said. “In a lot of places, our rivers are much cleaner than they used to be. But there is still more work to do — especially on my home river, the Housatonic.”

The U.S. Environmental Protection Agency has proposed a $613 million project to clean polychlorinated biphenyls, a probable cancer-causing agent, from a 10-mile stretch of the Housatonic, south of Pittsfield. The cleanup is needed because General Electric released the PCBs into the river from its transformer plant in Pittsfield from 1932 until 1977.

GE, which announced in January that it is moving its corporate headquarters to Boston, has balked at portions of the plan, calling for a more “commonsense,” and ultimately less expensive, solution.

Alsop paddled along a total of 11 rivers on the trip, including the Westfield, Connecticut, Chicopee, Quaboag, Quinebaug, French, Blackstone, Assabet and Sudbury.

The spelling of the Quinebaug River has been corrected in this story. 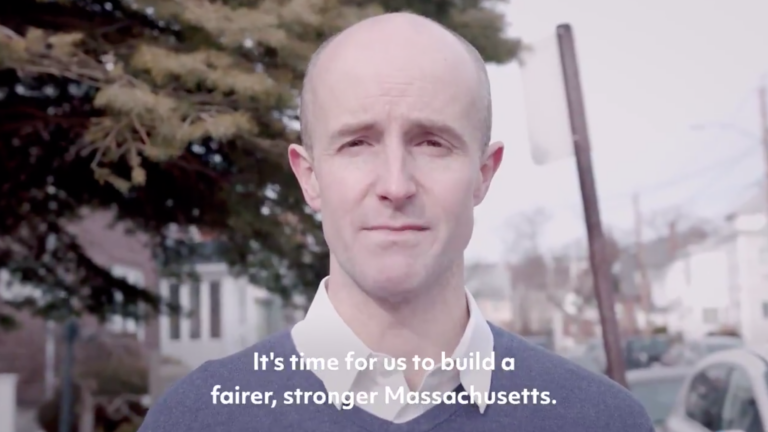 What to know about Ben Downing, the former Massachusetts state senator who just announced a campaign to be governor