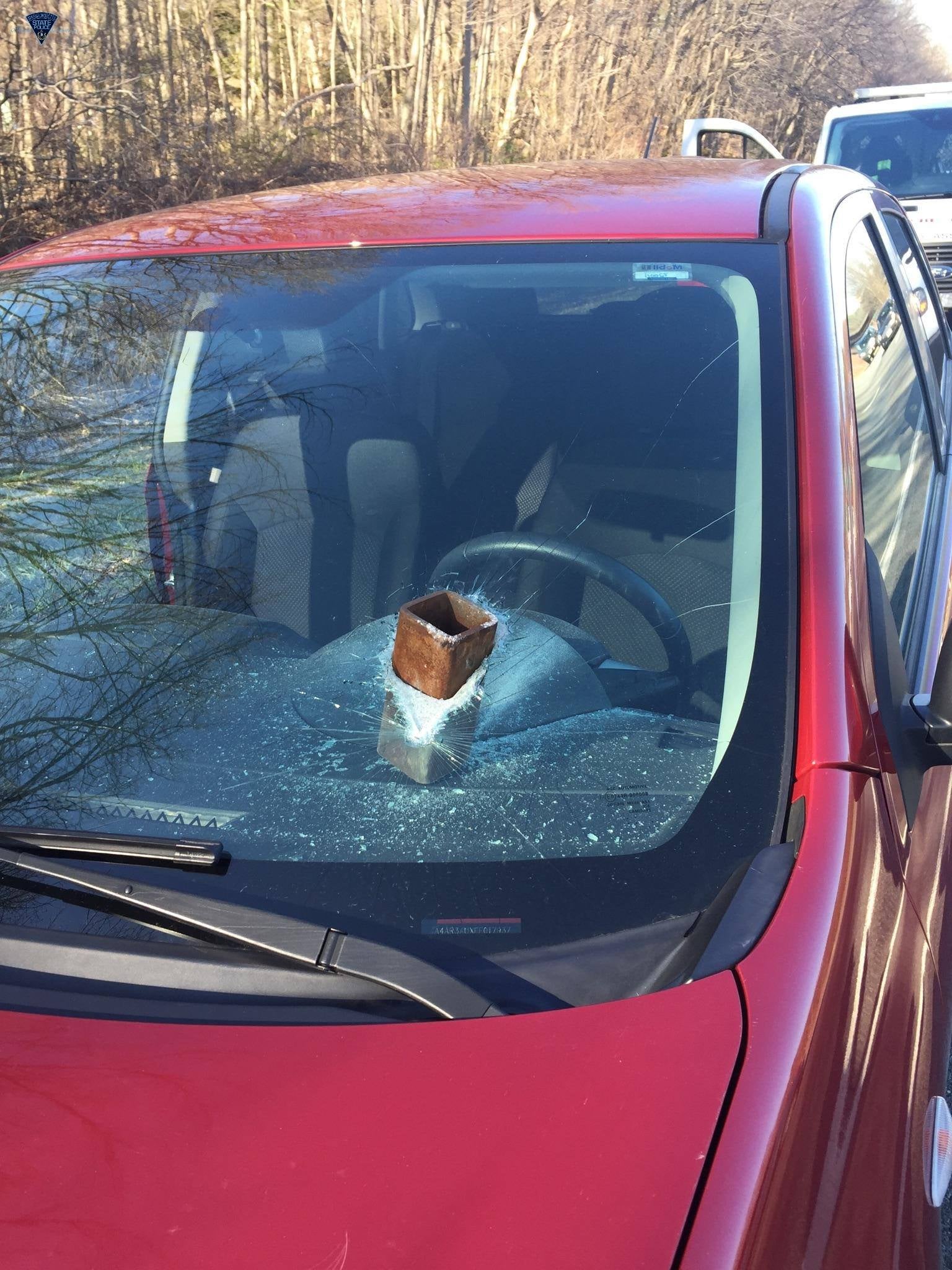 A piece of metal smashed through a driver’s windshield on April 21.

The woman was driving south on Rt. 495 just before 5 p.m. when the piece pierced her windshield just in front of the steering wheel, according to police.

Investigators said they believe the piece fell off of or was kicked up by a trash truck. After State Police responded to two other calls about objects in the roadway, they reminded drivers to make sure all loads were properly secured.

Objects flying into windshields have been deadly.

In February, elementary school teacher Caitlin Clavette was killed when a manhole cover dislodged and crashed through her windshield on I-93 inside the O’Neill Tunnel.

Other drivers who escaped serious injury included a Holyoke driver who had a piece of wood smash through her windshield in November.