Less than a year after announcing on Facebook that he would offer heroin addicts help instead of handcuffs, Gloucester Police Chief Leonard Campanello is being honored by the White House for that revolutionary change of thinking.

Campanello is one of 10 “Champions of Change” who will be recognized in a ceremony with President Barack Obama next week. More than 900 people were nominated and those selected  have worked to combat prescription drug and heroin abuse.

More than 400 addicts have come to Gloucester seeking — and getting — treatment. Anyone who needs Narcan, the opiate-overdose reversal drug, can get it at low or no cost.

“This is a monumental honor that is very legitimizing for the efforts being made by law enforcement to take a stand against the disease of addiction,” Campanello said in a statement. “To have the President of the United States and the White House recognize Gloucester for taking a small role in combating addiction through de-stigmatization, awareness, humanity and treatment, is a testament to the city, Mayor Sefatia Romeo Theken, and our residents, whom I am so proud and humbled to serve.”

A day after drafting that Facebook post last year, Campanello, a former narcotics detective, told Boston.com that something had to change.

Not long after that, businessman John Rosenthal joined with Campanello to form the Police Assisted Addiction and Recovery Initiative, which aims to spread what’s now known as the Gloucester ANGEL Initiative to other police departments. Nearly 100 departments in 22 states have signed up, and another 100 are in discussion with PAARI.

Rosenthal told Boston.com Friday that he was extremely proud of Campanello and excited about how quickly the President and his administration recognized and celebrated what they’re doing.

“Starting right here in Gloucester with our police chief and the ANGEL program … we have been able to change the national conversation from opioid addiction as a crime to now what’s pretty universally accepted as a chronic illness that needs treatment, not arrest and jail.”

Campanello was nominated by the New England High Intensity Drug Trafficking Area, an organization that typically focuses on enforcement and reducing the drug supply.

“The proactive and pioneering efforts of Chief Campanello serve as a national model for law enforcement, support and recovery programs,” the nominating letter said. 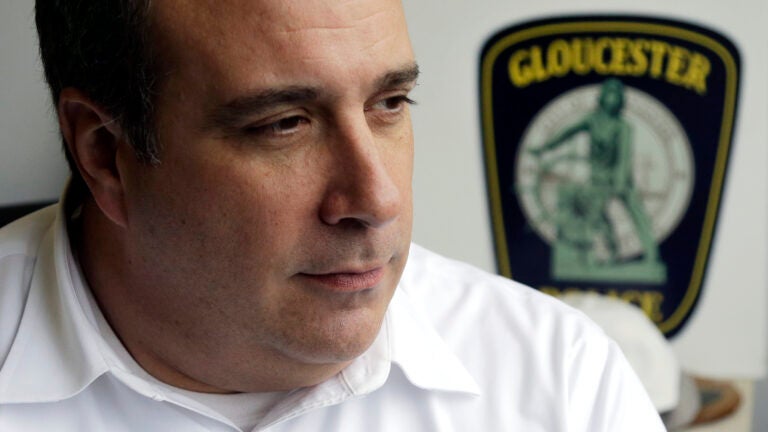 A baby, a needle, a new drug war