A 35-year-old Stoneham man allegedly made a bomb threat and assaulted an officer Tuesday evening inside his local police station.

The man entered the Stoneham police station on Central Street around 5:30 p.m. wearing a backpack, police said in a statement Wednesday. He allegedly made a bomb threat to the officer in the lobby’s dispatch window and then tried to strike an officer attempting to calm him down.

Police said officers used pepper spray to restrain and take the man into custody. A search of the man’s backpack found there were no explosives inside. Nearby Stoneham Town Hall, where the man had been seen earlier, was also searched but nothing suspicious was found, according to police.

“Thankfully, the public was never in danger, but the actions of this individual caused considerable concern,” Police Chief James McIntyre said in a statement. “I commend our officers for bringing this situation to a successful resolution with no one injured and no disruption to the community.”

The man was taken to a local hospital for a mental health and physical evaluation, police said. He was charged with issuing a false bomb threat and assault and battery on a police officer, and will be summonsed to Woburn District Court. Police have not released his identity. 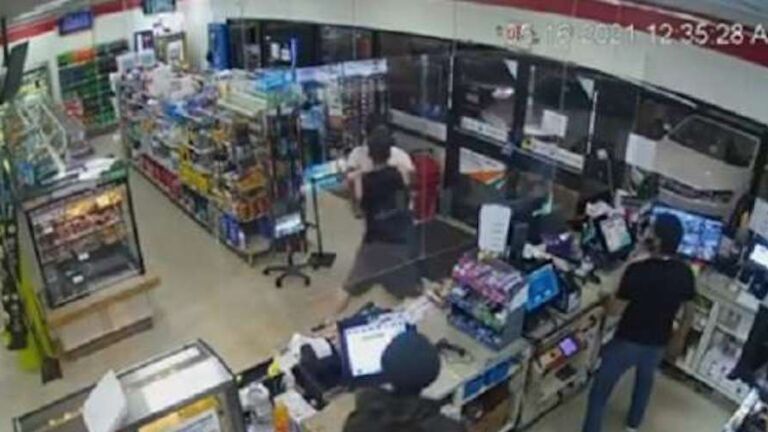