Previously, emails uncovered last month by The Boston Globe and The Boston Herald showed that Ken Brissette, the director of Boston’s Office of Sports, Tourism, and Entertainment, and Boston Calling’s Brian Appel planned to meet with Walsh’s policy chief, Joyce Linehan, in August 2014, less than three weeks before the music festival. Brissette is accused of pressuring organizers to hire union workers for the festival.

The meeting indicated that one of Walsh’s closest advisers was aware of and involved with the labor issue. However, city officials did not confirm that the meeting actually took place, the Globe reported.

But emails between Linehan and Appel released by the city to Boston.com Friday afternoon show the two arranging the meeting, and that Appel later thanked Linehan for attending.

“Hey Joyce, Ken called me on Friday to discuss adding union production staff to the festival this Sept. As a partner of the city we are open to this conversation. Would you be able to join this meeting with us?”

They scheduled the meeting for two days later, August 19. After the meeting, Appel wrote:

“Thanks for coming to the meeting Joyce. I’ve been dealing with City Hall for 10 years and you are one of the most reasonable and logical people I have worked with. I appreciate your willingness to participate when we are involved.”

Linehan, who worked earlier in her career as an arts promoter, responded:

“My pleasure. I hope I can deliver some good news. This conversation should have happened in May, not now.”

The May indictment against Brissette described a festival that matches Boston Calling’s description. It alleges that Brissette spent the summer of 2014 pressuring concert organizers to hire union workers from IATSE Local 11 to work the festival, and that organizers did not receive permitting until they agreed to hire eight union stagehands and a foreman.

Brissette pleaded not guilty in May. He is on paid administrative leave. Walsh, who was a union leader before becoming mayor, has defended himself since the arrest, saying he did not order employees to pressure companies to hire union workers.

Asked what was discussed at the August 19 meeting, mayoral spokeswoman Laura Oggeri said an outside attorney is in the process of looking into “the city’s interactions with the event, as well as the tourism department as a whole, to answer these questions and ensure that the proper procedures are in place.”

The attorney, Brian Kelly, was previously hired by the city to look in to labor issues that involved Brissette, the Teamsters Local 25, and the TV program Top Chef.

Kelly’s report on the June 2014 Top Chef incident said the city did not break any laws. Brissette does not face any charges related to Top Chef, but the indictment included a description of the incident and alleged events unfolded quite differently from what Kelly described.

The indictment said that at least one other city employee pressured Boston Calling to hire union labor.

The indictment also suggests the August meeting did not end the issue. It alleges that Brissette “and others” met with Boston Calling organizers on Sept. 2—three days before the start of the concert—and that “as a result of demands” from the meeting, organizers then entered into a contract with IATSE. “Shortly thereafter, the city of Boston issued the necessary permits,” according to the indictment.

Previously released emails show that Appel emailed both Brissette and Tim Sullivan—a former labor leader who now works in Walsh’s administration— on Sept. 2 saying he had “received a message from Colleen at IATSE already.” In the weeks before the meeting, Sullivan had been involved in discussions around IATSE and Boston Calling, the Globe has reported. 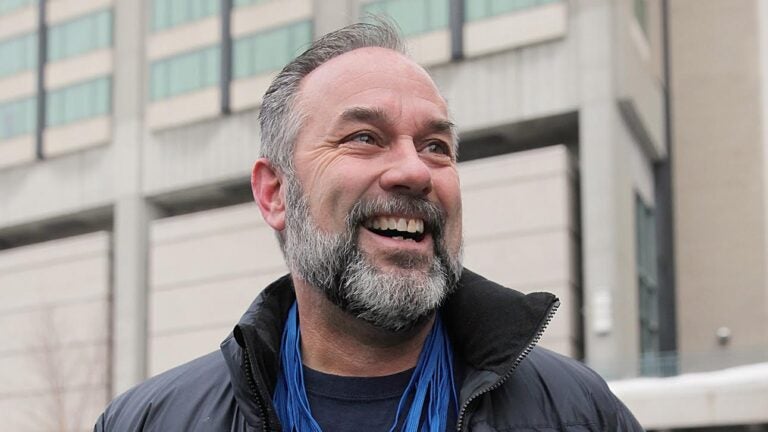