Two years ago, Mimi and Joe Lemay offered their 4-year-old a number of choices, among which: Continue to live life as “Em,” or start anew and be the boy he had adamantly insisted that he was.

That choice had been a long time coming. Before he was 3 years old, Jacob insisted he was a boy. It wasn’t just that he wanted to wear boy clothes and have short hair — he became more irritable and withdrawn each day that he needed to live as Em. His parents ultimately consulted the Gender Management Clinic at Boston Children’s Hospital, who referred him to a therapist specializing in transgender youth. She encouraged the Lemays to “keep things fluid,” and not force either gender on him, in case he changed his mind. But Jacob was sure.

That’s why, after many sleepless nights and consultations with experts, the Lemays decided to let Jacob choose who he would be. Mimi Lemay wrote about the sadness, frustration, fear and, ultimately, joy that accompanied their experience in a letter to Jacob on his fifth birthday, which went viral when it was published a little more than a year ago.

Some readers questioned whether a child so young could really know his gender, but, as Mimi and Joe tell their daughters Ella and Lucia, Jacob has always been a boy. He just wasn’t allowed to live that way at first.

Boston.com spoke with the Lemay family, who live in Melrose, shortly after the two-year anniversary of Jacob’s transition about what life has been like since the letter, their roles as activists for transgender rights, and their hopes for the future.

In the letter, you talk a lot about how unhappy Jacob was as a girl, but also how some doctors you worked with encouraged you to keep things “fluid” in case he changed his mind. Even though this was the doctor’s advice, why did you decide to let him transition?

Joe: We didn’t really have any role models to look to. I’m sure it’s been done before, but there seems to be no playbook at all for kids this young. When we thought deeply about it, we were observing Jacob and watching him get worse and worse, with some of the behaviors affecting his mental health. It was in some ways watching my child fall apart in front of me. To have a child live another year—a very formative year—in a life of sort of unnaturalness or shame, we knew we couldn’t undo that. I didn’t really feel like waiting another year was an option. I felt like it was the most likely path of irreparable harm. To have him transition and see how it goes felt like a low risk compared to forcing him to live in age four to five in a form of shame.

How did you get through any doubt that you had?

Mimi: We did a lot of educating ourselves. We read anything we could get our hands on. There were some books and most were geared toward puberty or pre-puberty, but we drew our inferences. We also realized that he could very well turn around tomorrow and change his mind, but it is not worth what could happen if he didn’t. Changing his mind could be embarrassing for us and we might have to unravel and undo some of the things that we’d done, but it was worth it for us to take that risk.

Joe: If you have any sense of sensitivity for your kids, it would be undeniable that something was wrong. We felt that by giving it a try, what’s the worst that could actually happen? It’s easy to say letting him transition would be letting him be who he is. And that’s what we went by.

How did you pick when the transition would happen?

Mimi: Well, it was the last day of camp for his old school. And just that week the viral video about Ryland Whittington had gone out, so we felt like we had something to show him that would be accessible to him. Joe and I brought him upstairs to Joe’s office and we told him about the choices that he had. He said, ‘I want to be a boy.’ A boy named …

How’d you pick that name?

Jacob: Mommy “iggested” it and I said yes.

Joe: No, you came up with it all by yourself.

Mimi: I “iggested” the name Jonah. I think, buddy, that you told me …

Ella: Your name was never going to be Jonah, don’t worry, Jacob.

Mimi: Well, what Daddy and I remember is that, when we asked you later where you had heard it, you said a boy had come to your preschool class from another day, he had joined the camp and his name was Jacob and you liked the sound of it. But we don’t always remember everything. 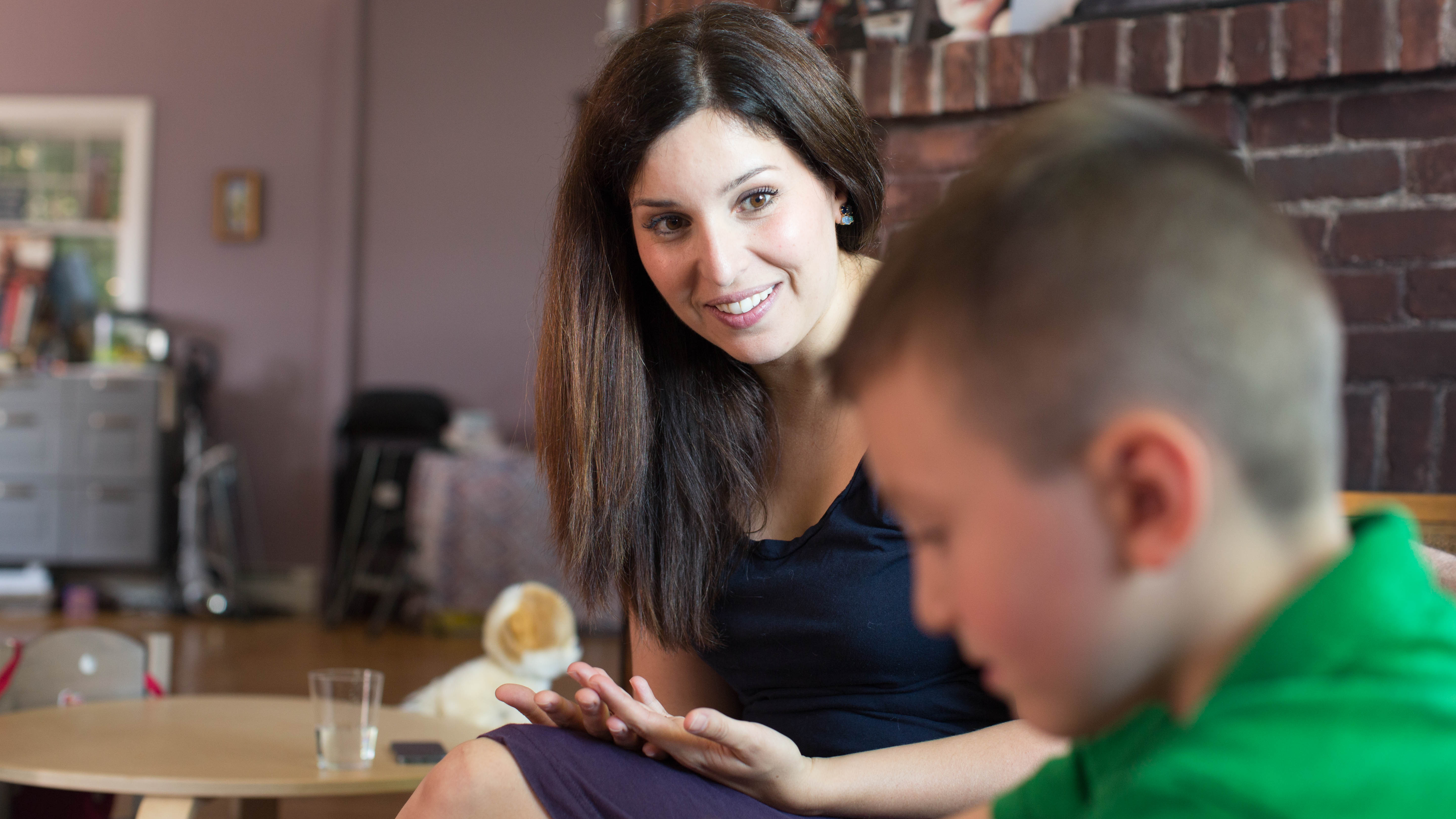 Where did the name Jonah come from?

Mimi: I actually had picked Jonah because I think that we were all ready for the transition, but it is so frightening that you want to feel like you have a doorway to exit if you need to. I’m Jewish and in the Jewish faith, there’s the name Yonah, which is a feminine name, and there’s Jonah, as well. So I think that, part of me felt like, ‘We’ve done this, and we need to leave the door open.’ So I was like, ‘What about Jonah?’ and he was like, ‘No, Jacob.’

Joe: He was sure he wanted that.

Mimi: But I love that name [Jacob].

Ella: He’s happy who he is.

What was the response to the letter? Did you hear from people with children Jacob’s age?

Mimi: Absolutely. And there were families where one of the spouses was supportive and the other one wasn’t. One mom said her child transitioned and she hadn’t accepted her, and she wrote to me and said, ‘I read your letter and called my daughter tonight.’ I heard some scary things, some beautiful things. Enough to make me realize it wasn’t enough to write my letter. We needed to do more work. I realize that for every person writing in, there’s a certain percentage of the population that will not make it easy for transgender people to exist.

Joe: We definitely have seen the impact of Jacob’s story. When we were on NBC, they did a poll of the audience, ‘Can 5 year olds determine their gender?’ and before the majority said no. Then after they showed our story, the majority said yes. And this is millions of people. Well over 20 million people saw our story. It’s very easy to deny that being transgender is a real thing if you’ve never met anyone and are determined to deny it. But once you really know a child who has no agenda but to live his own life, it’s very hard not to have compassion.

You’ve clearly gotten a lot of attention for deciding to let Jacob transition at such a young age. How do you handle that, and any criticism you received?

Joe: I don’t worry that much about that. We make the best choices for Jacob that we can and share our story as much as it’s helpful. If I cared about what people thought, I might’ve been slower to make this decision. Just like not all people are the same, not all transgender people are the same. So what’s appropriate for him might not be transferrable to someone in a similar yet different situation.

Mimi: What I try to do when people reach out is first of all have compassion because they’re going through a really rough time. And if they’re in the midst of the transition, they’re going through an incredible sense of loss. I give a lot of people my phone number, my email. There are times where I spent two or three hours in the evening going through Facebook. I try to connect people to the right resources because now I have this huge network and have met so many incredible people, whether [it’s] from the ACLU or Human Rights campaign. Things like that make me feel like it’s all worth it.

After the letter went viral, you found yourselves in more of an activist role, including advocating for the transgender bill in Massachusetts. What’s that been like?

Mimi: We were approached last April by one of the LGBT activist groups asking if we were willing to take part in a roundtable with Joe Kennedy to talk about our hopes and fears of being transgender in Massachusetts in light of this bill. We were really hoping it would get voted on. From that we started attending everything when they asked for parents to come.

Joe: And it wasn’t always easy. It seemed to take much longer than we’d hoped or expected. For a long time, we were very frustrated with the governor, who was making no statements for or against it. By not showing support, their interpretation was that he might veto it. But, to his credit, finally when it was going to a vote and it was clear it was going to pass, it did matter when he said he would pass the House version. We were there for both votes. But it does frustrate me that he waited until the very last minute. 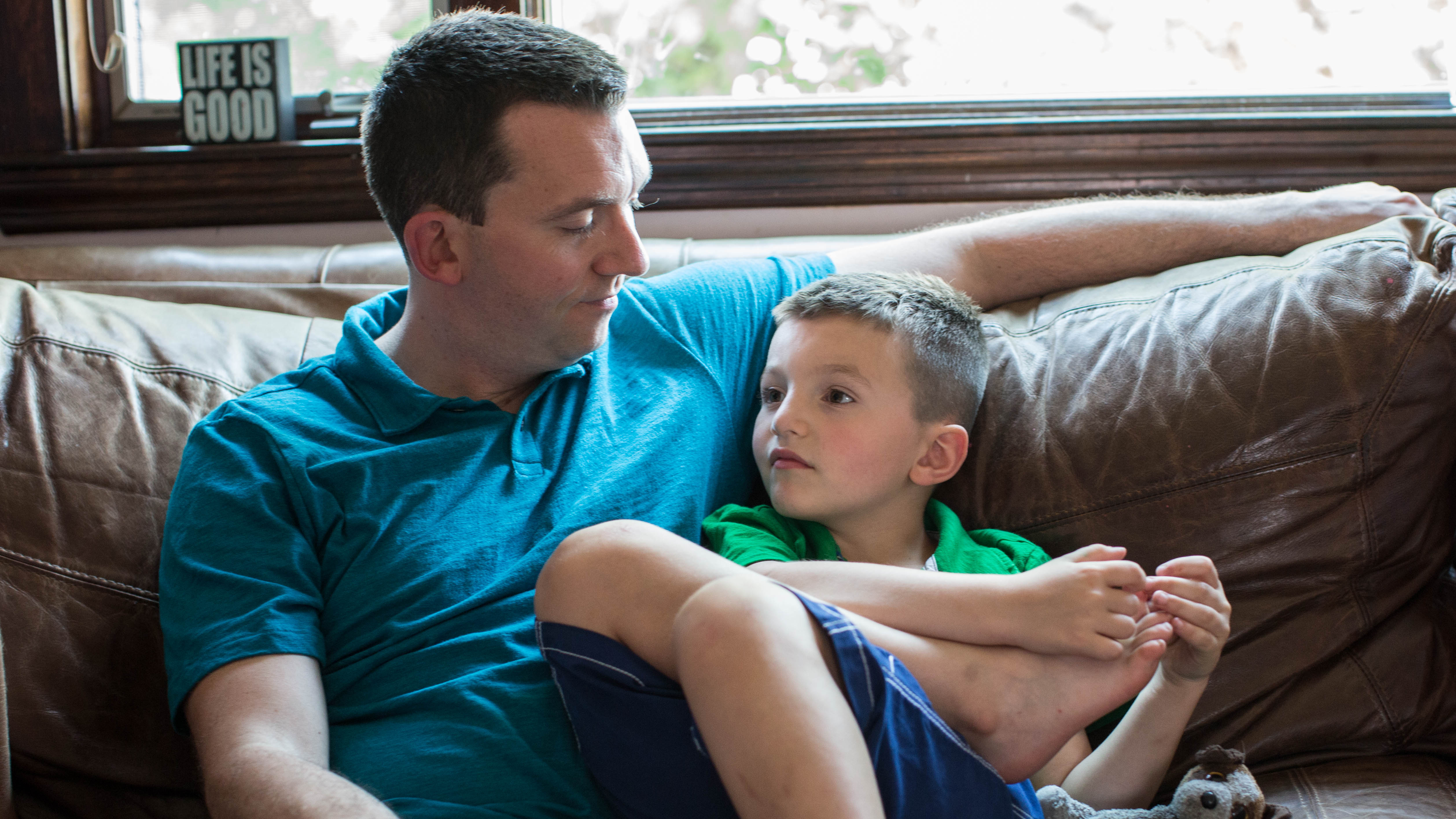 You also marched in the Pride parade this year and cut the ribbon. How was that?

Jacob: It was fun. The confetti was awesome, I chased after it and caught some. Then I cut the ribbon with the Mayor, but I didn’t like walking the whole time because I was so tired.

Mimi: We enjoyed the Pride parade so much. Two years ago, Jacob and I went ourselves, and it was the day after his transition, so it was like jumping in headfirst because we had just joined this community the day before. It was incredible, but very surreal … In terms of this year’s pride, it was a very nice day followed by some shock and grief after Orlando. I think that it hit home because something like that could happen to a number of people in our community and it’s so hard for everyone with a kid who’s transgender or gay or the entire community, but having been there at Pride and seeing what kind of celebration it is and the horror is scary. It makes us determined to keep working, but it impacts us. It just adds an element of fear to everything we do.

At this point, Ella interrupted to say that she wanted to talk about what life was like during the transition.

Ella: Jacob was very frustrated when he wasn’t a boy. He was never a girl, right?

Joe: Right, he was always a boy but he wasn’t allowed to live as one.

Ella: He was never a girl. He always had this feeling inside his heart. He knew that he was a boy so he transitioned and we were all so excited because he was going to live his own very happy life being a boy.

Joe: Do you think he’s living his own happy life now?

Ella: I bet so. He looks like he’s having fun over there. 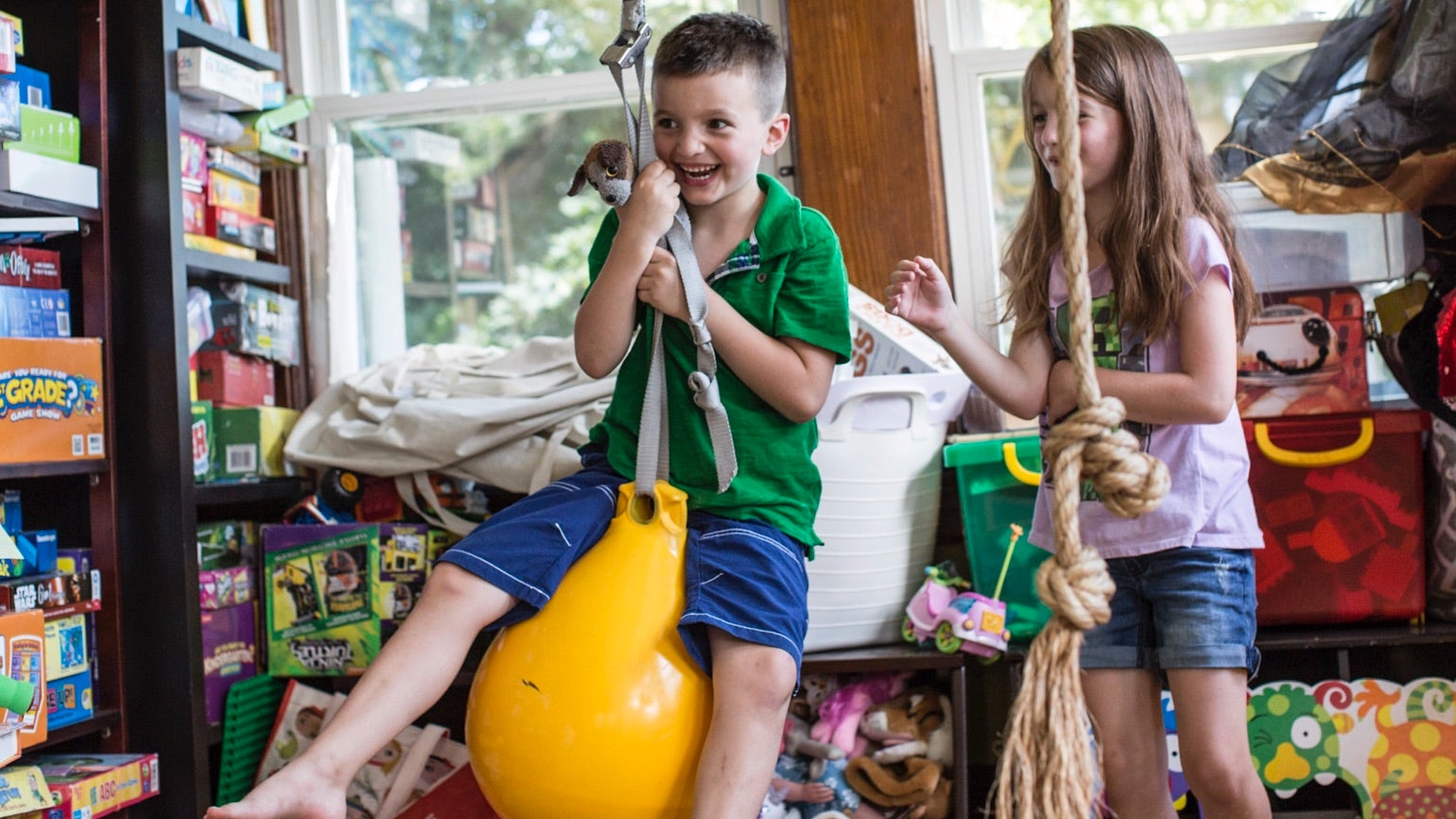