For nearly 12 years, Veronica Tutunjian would pull up to St. Frances X. Cabrini church in Scituate just before 7 p.m at least one night each week. She would walk through the doors, head to the makeshift bedroom where she’d set her bag down next to a cot, then walk between the pews and admire the stained glass windows. Most evenings, she would chat with other parishioners—known as Friends of St. Frances—who’d signed up to take part in a round-the-clock vigil at the church. She would then sleep on the cot, wake up before 8 a.m. and go to work.

“I’ve lived in Scituate for 44 years, but that was my home,” she said. “Maybe this sounds silly, but being in that church felt like Heaven. I’d never experienced it before coming to the vigil. There was that humanness that linked us all together. And then, well …”

And then, in early May, Tutunjian and the other parishioners were told they needed to leave the church after a nearly 12-year battle to keep it open. The Roman Catholic Archdiocese of Boston decided to shutter the church in 2004 as part of a reorganization plan, but the Friends of St. Frances promised they would pursue every legal avenue to keep it open. In October, the state Appeals Court ruled that parishioners of St. Frances X. Cabrini Church were trespassing on property owned by the Archdiocese, and would need to leave.

In a final “hail Mary” effort, the parishioners filed an appeal with the Supreme Court in March. The Court declined to hear the case in early May, which meant they were without further options.

“I just hoped all along the archdiocese would come to its good senses,” Tutunjian said. “The fact that they didn’t was the most awful feeling I’ve had in my life.”

The archdiocese of Boston did not return a request for comment about the new congregation.

Now, Tutunjian and a few dozen other parishioners meet at the Satuit Lodge of Freemasons, a large yellow building with green shutters and white pillars that’s less than two miles from the church they occupied for more than 11 years. Although 3,000 people are registered parishioners, Jon Rogers, a spokesman for the Friends, said anywhere from 40 to 100 people attend mass each week.

Robert Smith, the lodge’s master, said they’ve never had a church group request to meet inside the temple. Then again, he’d never heard of anyone quite like the parishioners of St. Frances. 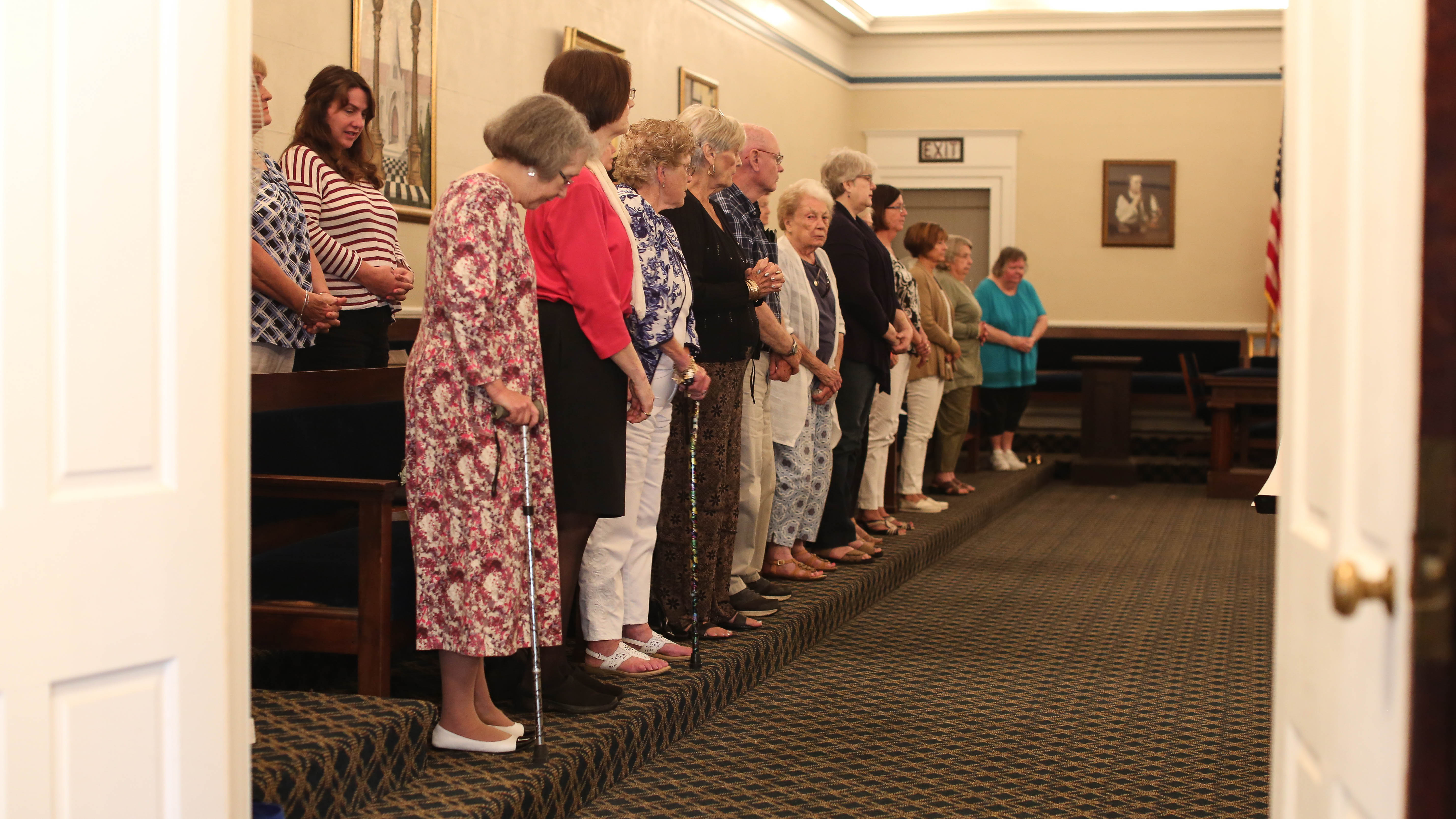 “I’d followed their story and they had such dedication,” Smith said. “I only knew that an organization of good people within our community needed help, and that was enough for us. We wanted to make it work for them.”

“We told them we wouldn’t go into vigil here,” Maryellen Rogers, another spokeswoman for the Friends and Jon’s wife, said.

“To make them feel at home, we said we would tell them they needed to leave,” Smith said. Rogers laughed.

The first mass was held June 5, exactly one week after the final service at St. Frances. The Friends made sure they wouldn’t miss a Sunday.

“When we say something, we mean it,” Jon said. “We said we’d pursue every legal avenue. We did. We said we’d stay together. We have. And we’re only growing.”

The parishioners have advertised their new congregation as a church, which they call ‘The One, Holy, Catholic and Apostolic Church,’ for those with no home. They want to give a space to those who have been injured in some previous church relationship, but also to those who want to experience Catholicism.  Jon said they’ve already had a handful of new parishioners.

While the old congregation was led exclusively by parishioners, the new service is led by the Rev. Terry McDonough, who is married and has long been at odds with the Catholic church.

“I slept over the church every Tuesday night for nearly 12 years, but I never took on the role of a priest so I didn’t ruin the sanctity of the vigil,” he said. “But now I’m doing what I’m supposed to be doing.”

To preserve the memory of the vigil, the congregation will hold one parishioner-led service each month. But on a recent Sunday morning in early July, they were following a more traditional service — in their own style. Longtime St. Frances parishioner Susan Lynch strummed an acoustic guitar and sang a song called “All are welcome in this place.” About 40 people filed into the lodge’s large meeting room and took seats on large plush benches. There were no kneelers. An altar had been set up on a folding table in the middle of the room with a Bible and a chalice. Instead of facing forward, the parishioners faced one another. 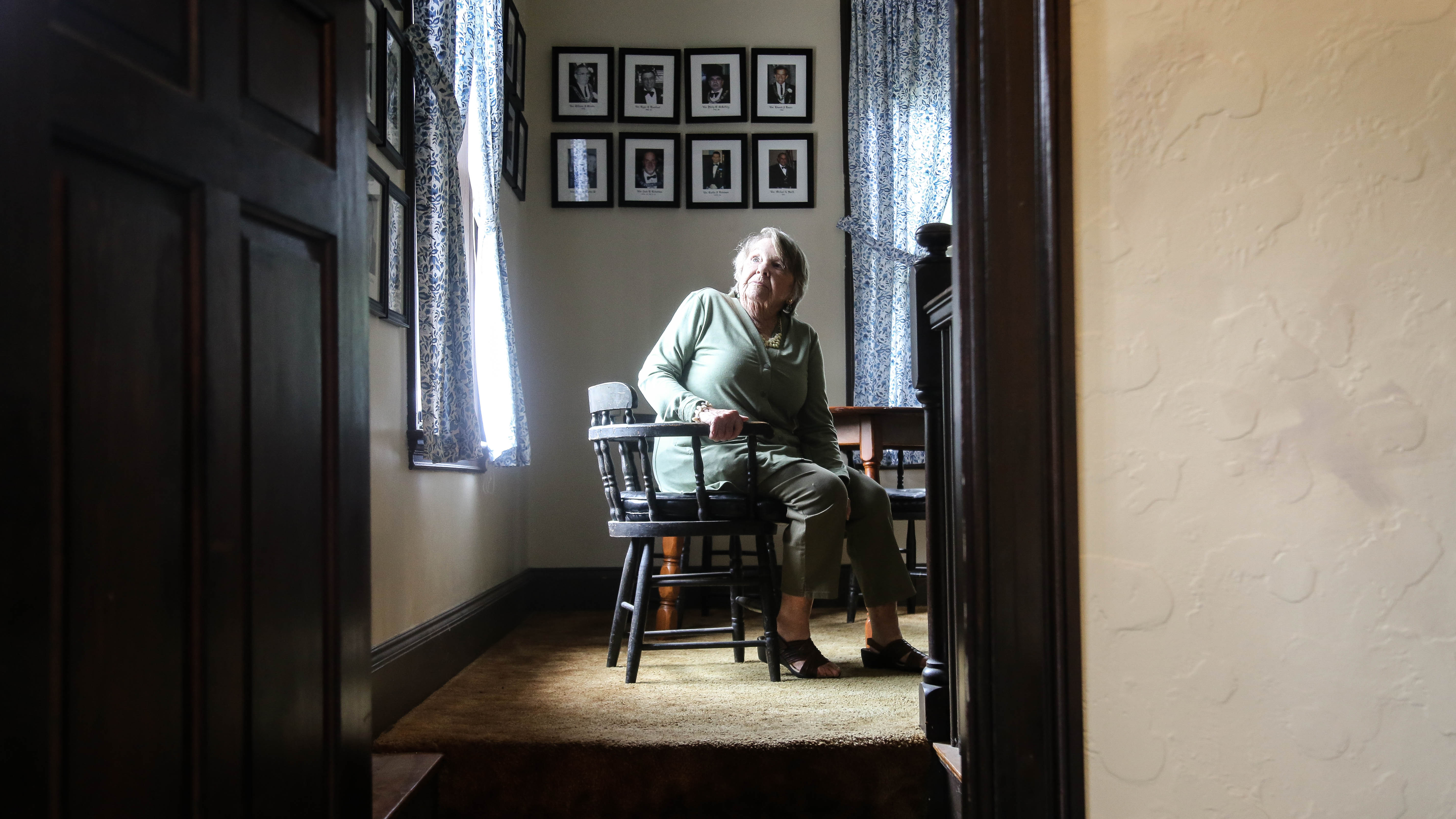 McDonough led them through the mass then joined them downstairs for coffee and muffins. Now that the vigil has ended, the coffee hour has become the main time for socializing. Among those chatting was newcomer Jane Trettis.

“I’ve never been to a Catholic Mass in a Masonic Temple before,” Trettis said. “These people worked so hard and it’s good they have a space.”

As the parishioners sipped coffee and chatted, Jon and Maryellen Rogers stepped forward to announce that St. Blaise Catholic Church in Bellingham would be receiving the pews that once stood in St. Frances.

“The archdiocese told them that they were for their parish,” Maryellen said.

“They always say this is your church, but can they really say that after all we’ve gone through?” Maryellen said. “We know that the building belongs to the archdiocese, not the people.”

That’s why they want to build a brand new church with their own funds. Jon said he knows it’ll take a long time to raise the money, as the group still has lingering legal fees from the court cases.

“People need a place to go and our job is to give it to them,” he said. “We’re going to give them a place that is theirs and will never be taken away from them.”

In the meantime, they’ll continue to meet in their new home—the temple—every Sunday. Nancy Shilts, a parishioner whose six children were baptized at the church and whose husband was buried there, said she’s still getting used to the new space. She misses kneeling in front of the Virgin Mary statue.

“I think she misses me, too,” Shilts said. “I’m happy to be here, but, man I miss it. I still drive past it. It’s heartbreaking. But at least they’re cutting the grass.” 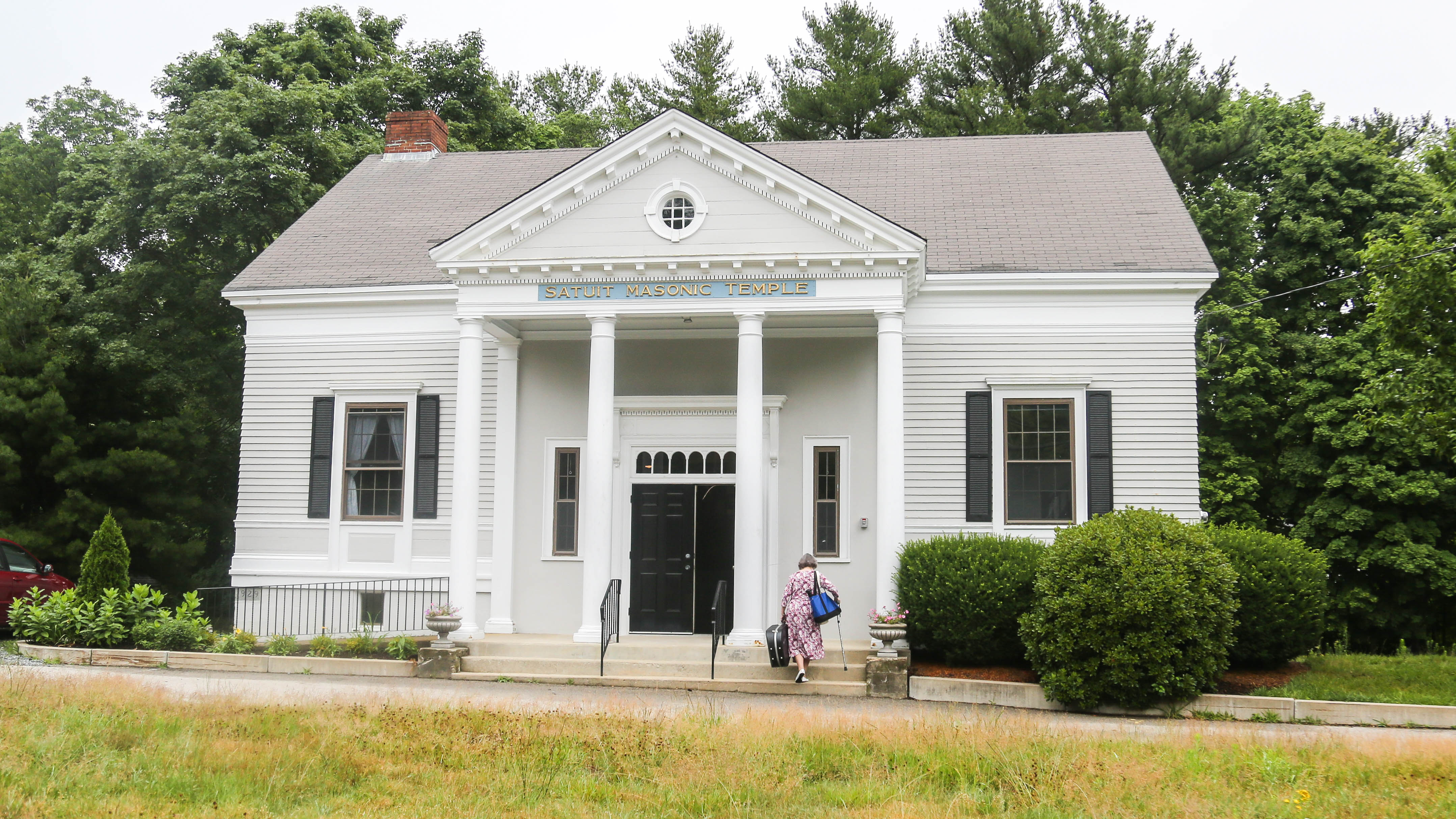 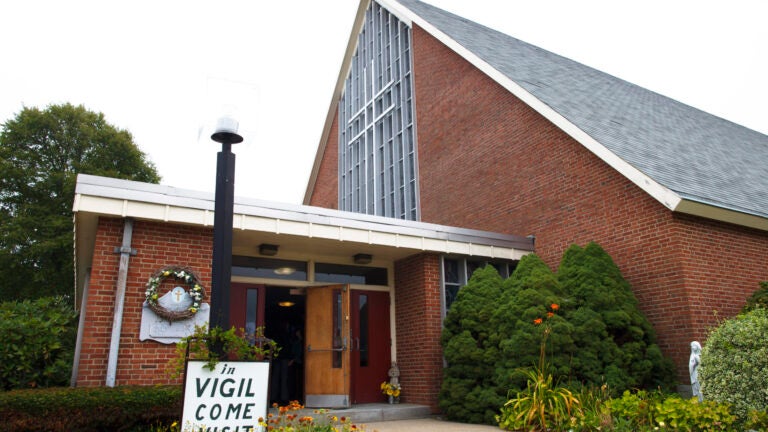