After a week of tension between Somerville Mayor Joseph Curtatone and members of the city’s police department over a “Black Lives Matter” banner hanging at City Hall, police officers from across the state gathered outside the building to request again that the mayor remove it.

“We do not oppose the nucleus of the Black Lives Matter movement or some of its ideology,” Michael McGrath, the president of the Somerville Police Employee’s Association, said at the rally Thursday evening where around 200 people, including union officers and Somerville residents, came to show either support or opposition to the request. “Our core values are similar: Equality for everyone regardless of race.”

But displaying the banner across a city building sends a message that excludes police, McGrath said. That’s why the union penned an open letter to Curtatone last week, calling his decision to display the banner at City Hall “deeply” troubling, and its message “disrespectful.” The union is the bargaining unit for 90-95 Somerville patrol officers. 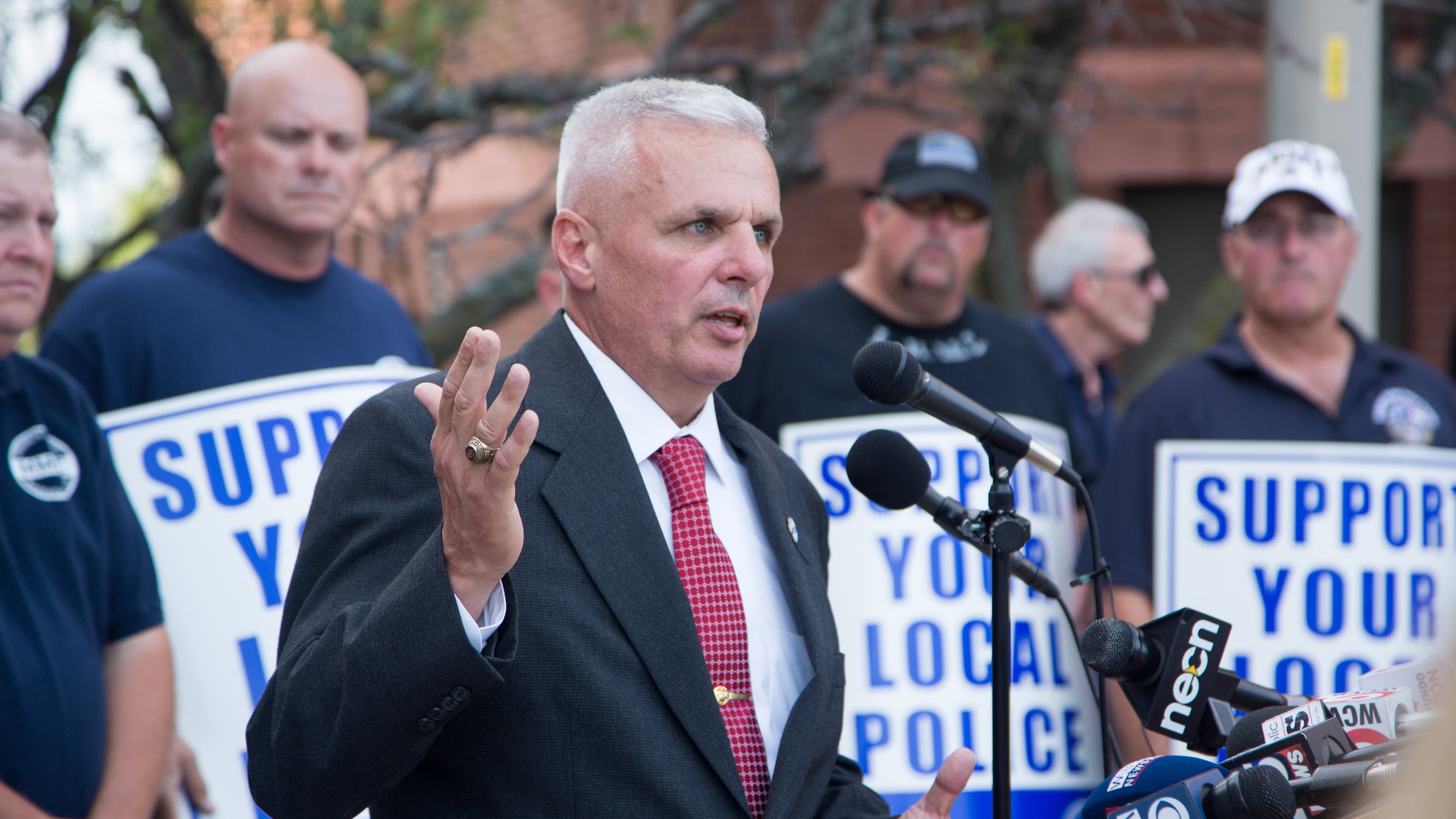 “Peaceful protest to end violence and injustice stands at the core of our nation’s values and our democracy and we will continue our peaceful protest via the banner,” Curtatone said in a statement last week after receiving the letter.

Curtatone hung the banner at City Hall last August. At the time, McGrath said union members came to him, asking what he planned to do about the banner.

Nothing, he told them. But after several police officers across the country were killed, McGrath said he began to see the banner differently.

“My members started asking when,” he said. “When the question changes from what to when, we have to act.”

So McGrath sent and signed the letter on behalf of his union. Frustrated by Curtatone’s response, the union, along with officers from the Massachusetts Municipal Police Coalition, gathered at City Hall to show their opposition to the sign. Many wore blue T-shirts, and some held signs that read “Support Your Local Police.” 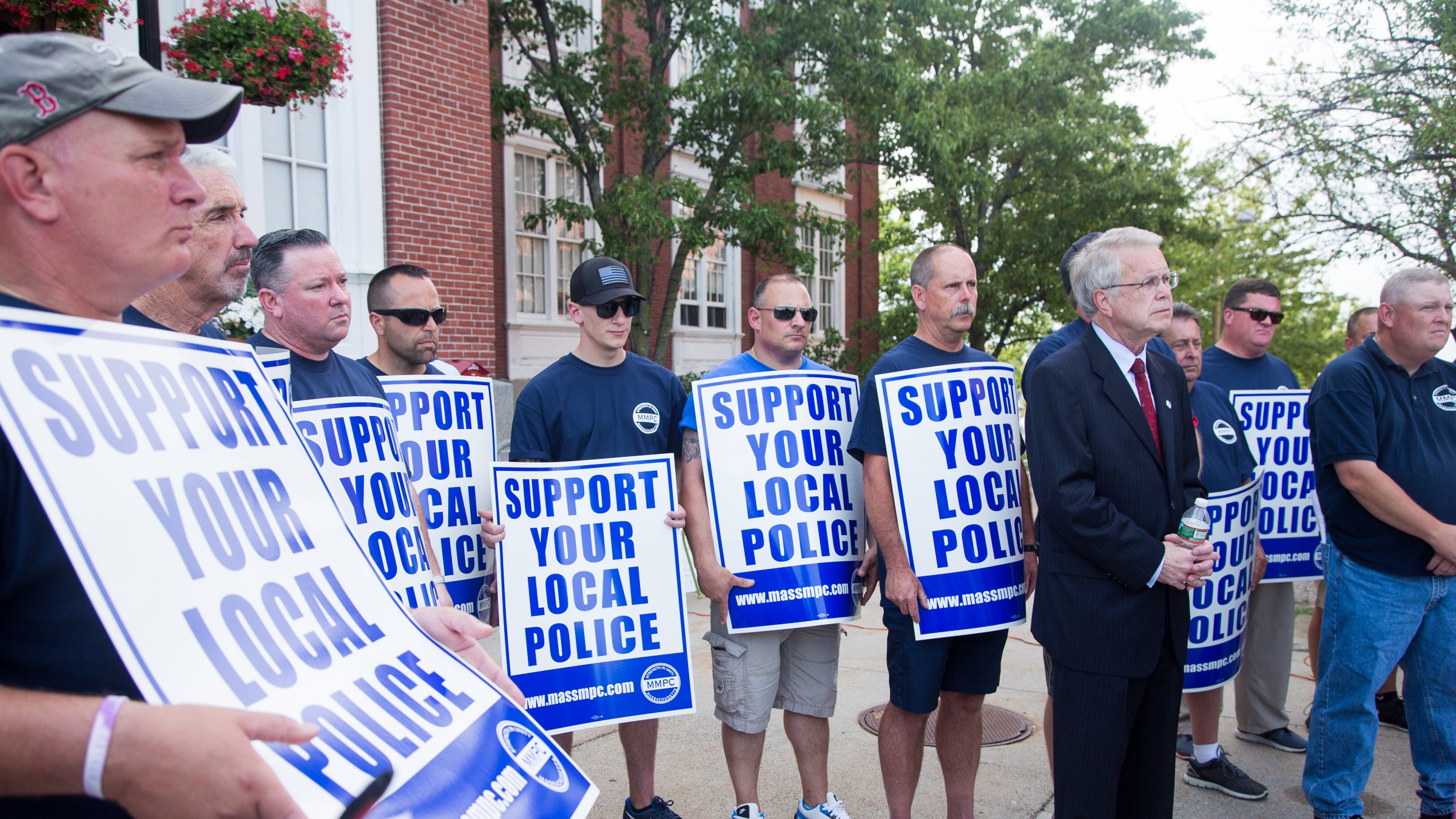 When asked what the next steps in the process were, McGrath said the union’s plan was “under advisement,” and did not say what the union would do if Curtatone continued to deny its request.

On Wednesday, Curtatone penned an op-ed for The Somerville Times ahead of the union’s protest. He reiterated his stance, saying that neither banner would be removed.

“Those banners do not represent two competing thoughts,” he wrote. “Standing up for our minority populations and supporting the police officers who protect and serve our communities should go hand-in-hand. We should have a culture of respect that flows in both directions. In fact, that respect is the foundation on which our civil society rests.”

Jennine Hickey, a Somerville resident, said the banner should be removed due to community opposition.

“I pay taxes,” she said, noting that its presence on a public building was what troubled her. “If one person says it should be taken down, I’m for taking it down.”

But some community members think the banner should remain.

“I know there’s a lot of people divided,” Elizabeth Way, a Somerville resident, said. “I think there’s a way to be able to support both sides. I don’t think it’s mutually exclusive,”

She said that the “Black Lives Matter” sign, along with a second one over City Hall that reads, “United Against Violence & Racism, United for Peace & Equality, United We Stand for Dialogue,” send a strong message in support of equality.

“I think it should stay,” she said. 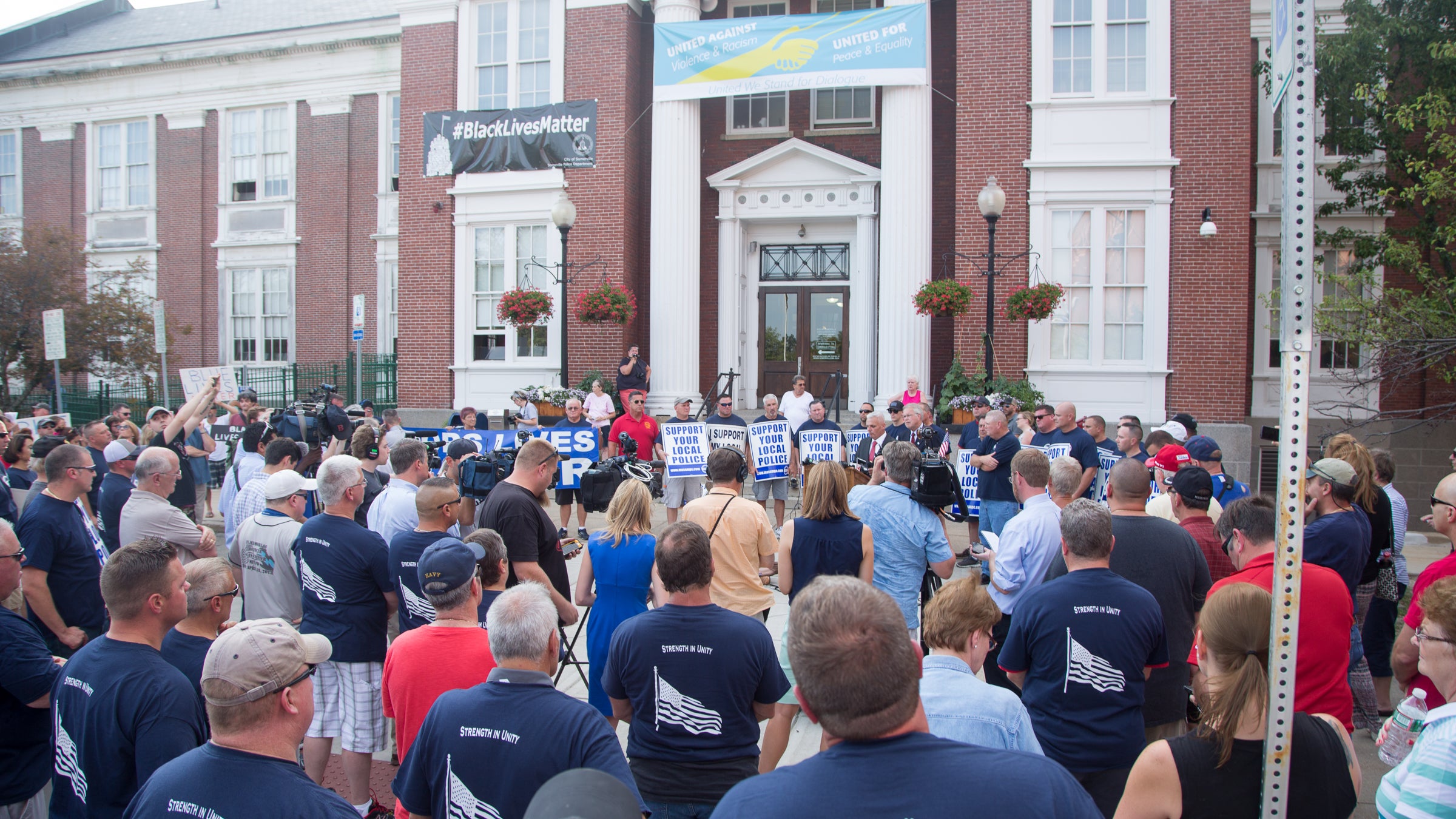 Roy Pardi, a Somerville resident who said he supports both police and civil rights, held a hand-written “Black Lives Matter” sign at the protest.

“I support police. I support the banner being there. I support my mayor,” he said. While police at the protest seemed to see support of the movement as a contrast to support for law enforcement, Pardi said he doesn’t see it as a “zero sum game.”

Curtatone said Thursday that he did not believe McGrath’s letter and views on the banner were supported by union members, a claim which McGrath refuted Thursday evening.

Curtatone also said the police rally would not lead him to remove the banner.

“That sign is not coming down,” Curtatone said earlier Thursday. “We have to recognize, as a society, most of us here are white, with the exception of a few. Do we really know what it’s like to be discriminated against?” 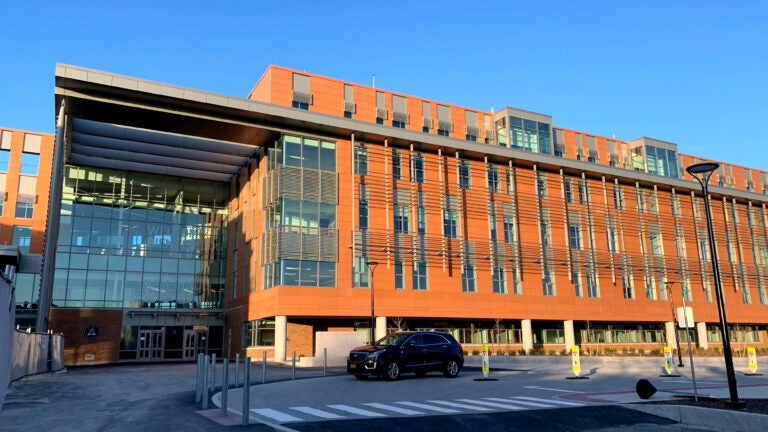 Tussle between police officer and high school student under investigation