BOSTON (AP) — Nearly two decades ago, then-Gov. Paul Cellucci signed what he called one of the nation’s toughest gun laws, including a ban on the possession or sale of assault weapons made after September 1994.

“Today, Massachusetts leads the way in cracking down on gun violence,” the Republican said at the time.

Eighteen years later, the law is at the center of a fierce public debate sparked by Attorney General Maura Healey’s decision to clamp down on the sale of what she calls copycat assault weapons.

The Democrat says she’s just enforcing the 1998 law by clarifying what constitutes “copy” or “duplicate” weapons.

Healey says those weapons should include what she describes as copies of the Colt AR-15 and the Kalashnikov AK-47. Healey says an estimated 10,000 copycat assault weapons were sold in Massachusetts last year.

Healey’s decision to send a notice to gun dealers and manufacturers announcing the update last month sparked an immediate reaction from gun rights activists who say Healey is overstepping her authority and interpreting the law too broadly.

Earlier this month, CEO James Debney said the company made a $500,000 contribution to the Connecticut-based National Shooting Sports Foundation, a firearms industry association, to help with its voter registration and education campaign.

Debney said the company made the contribution on behalf of “law-abiding firearm owners of Massachusetts, who have so recently been denied their fundamental rights through arbitrary government action that threatens to turn lawful gun owners and dealers into criminals.”

The foundation is considering challenging Healey’s actions in court.

But some public officials who took part in the 1998 debate are backing up Healey.

Former Democratic state Sen. Warren Tolman was a co-sponsor of the 1998 bill. He said Healey is enforcing the legislation exactly how it was intended, including going after copycat weapons.

“We were concerned about copycats and that if we tried to be too specific, that these people are very adept at figuring ways to get around (the law),” said Tolman, who lost a 2014 primary battle with Healey for attorney general.

“We wanted the law to be dynamic and evolving but aimed with the purpose to ban assault weapons,” he added.

Former Democratic Attorney General Scott Harshbarger, who was in office when the law took effect, also rejected the criticism that Healey was getting for her decision.

The state law largely mirrors a federal assault weapons ban approved in 1994. That law expired in 2004, but the Massachusetts law is still on the books.

Healey said the state law not only bans the sale of name-brand weapons, but also bans copy or duplicate weapons. She said gun manufacturers have marketed “state compliant” weapons with minor changes, such as being sold without a flash suppressor or with a fixed stock instead of a folding stock.

She said those weapons are still illegal under the 1998 law.

Healey said her office considers a weapon as a copy or duplicate if its “internal operating system is essentially the same as those of a specifically banned weapon or if the gun has key functional components that are interchangeable with those of a banned weapon. “

Republican Gov. Charlie Baker — after initially saying Healey had the “authority and the jurisdiction” to target copycat weapons — has pushed back against her action.

Baker, who worked in the Cellucci administration, said he supports the 1998 law, but said “ambiguities” in Healey’s notice “require clarification for responsible gun owners who simply want to follow the rules and for the thousands of gun owners who were told they were following the rules for 18 years.” 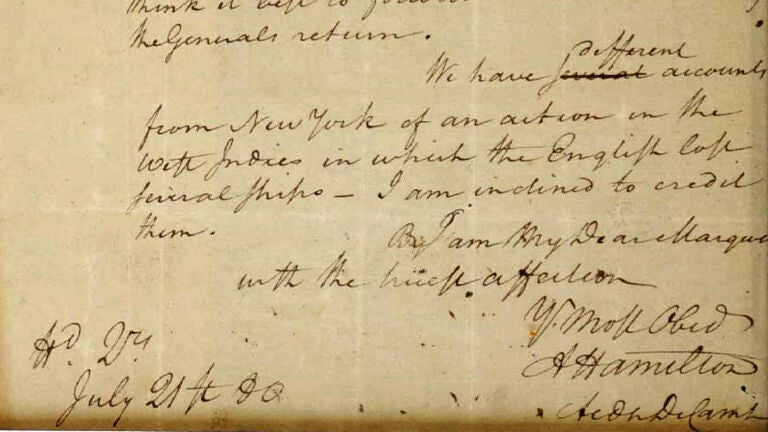