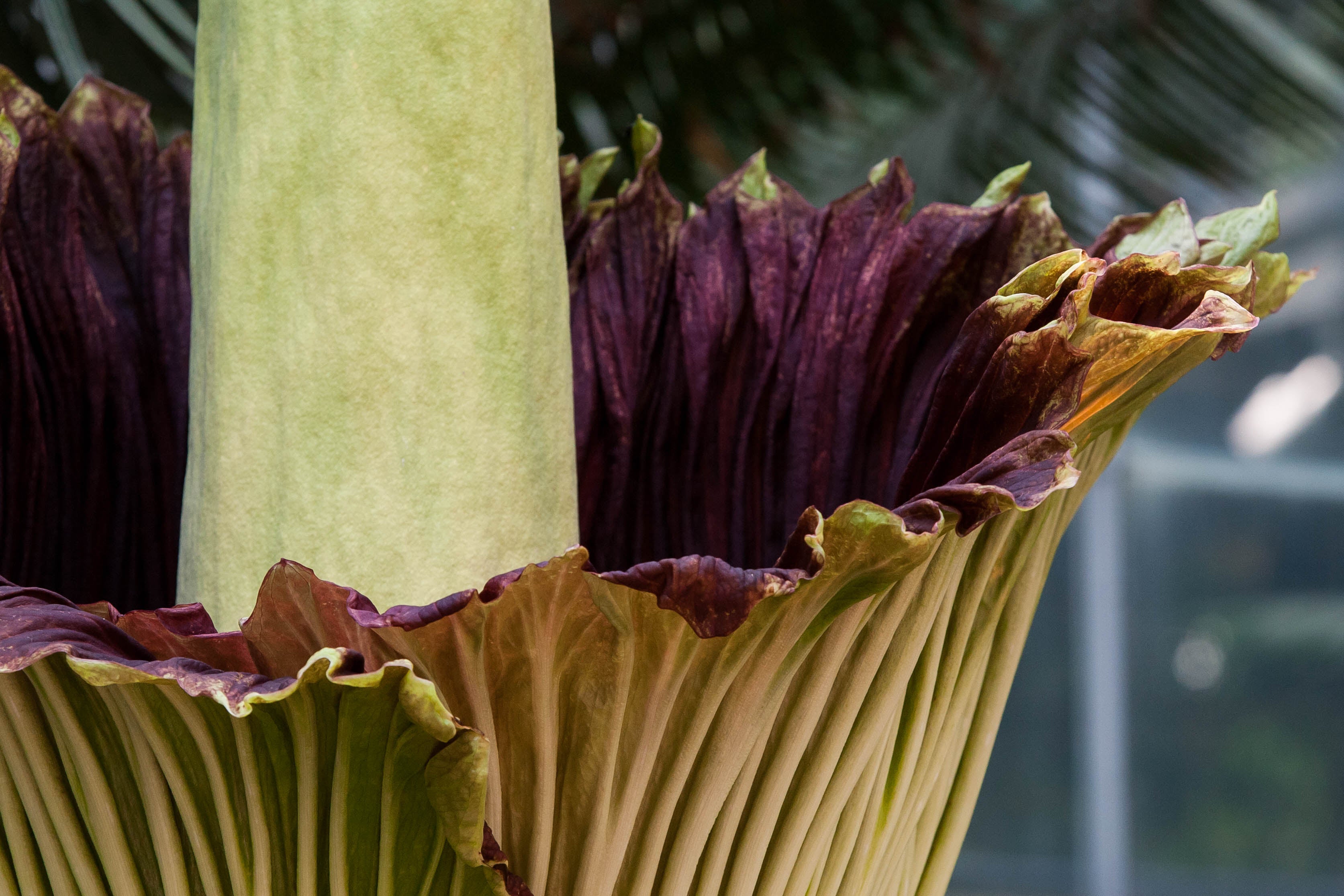 A blooming titan arum plant is pictured August 2 at the U.S. Botanic Garden in Washington D.C.

HANOVER, N.H. (AP) — A flower that smells like a cross between a decaying animal and urine is set to bloom later this week at Dartmouth College.

Named Morphy, the titan arum — or corpse flower — hasn’t bloomed since 2011. Officials at Dartmouth’s Life Sciences Greenhouse, where the 6 ½-foot flower is housed, estimate it should bloom as early as Thursday. Crowds have already been filing through the greenhouse, including nearly 175 on Sunday for a special viewing of the flower that is growing about 4 inches a day in anticipation of its big moment.

As it gets closer to unleashing its foul odor, the flower will turn a red burgundy color — similar to meat — to attract potential pollinators.

“It’s exciting that we have this flower,” said Kim DeLong, the greenhouse manager at Dartmouth who witnessed a corpse flower opening when she worked at the University of California, Berkeley. “The smell is very overpowering. It smells like a dead corpse or feces or urine — all of that together.”

Dartmouth has extended greenhouse hours this week and has a webcam streaming live images of the flower — including a few showing visitors trying to catch a sniff. Once it blooms, visitors won’t have much time to catch a glimpse. It will only remain open for a day, though its smell will linger for a few days after that.

Titan arum is native to Sumatra’s equatorial rain forests and is among the most popular flowers when it blooms. Huge crowds came to catch a whiff of the flower when one bloomed in July at the New York Botanical Garden and again in August when one bloomed at the U.S. Botanic Garden in Washington, D.C. 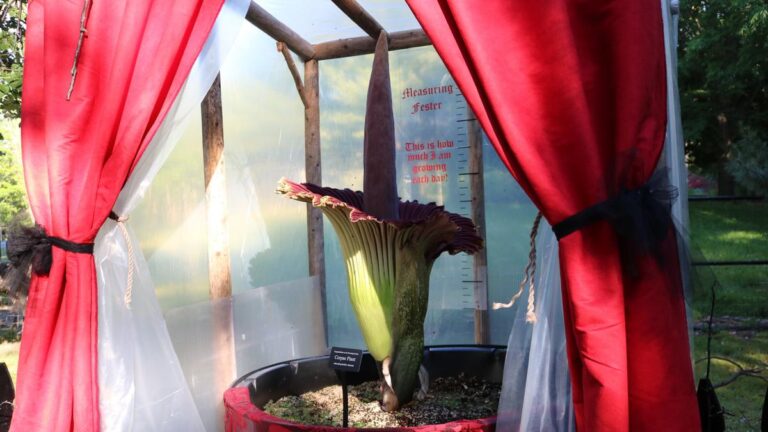