CAMBRIDGE, Massachusetts (AP) — Once a month in the summer, a small parking lot on the Massachusetts Institute of Technology’s campus transforms into a high-tech flea market known for its outlandish offerings. Tables overflow with antique radio equipment, some of it a century old. Visitors can buy a telescope that’s the size of a cannon. One man has hauled in a NASA space capsule he owns.

It’s known as Swapfest, a place where tinkerers from across New England go to buy and sell the gadgets they can’t find in stores. Some arrive searching for parts to build robots. Others are amateur radio enthusiasts adding to their collections. For some, it’s simply an outdoor museum of the strange and surprising.

“You can pretty much find all things nerdly,” said Steve Finberg, an MIT alumnus and longtime organizer, who arrives every month wearing a cowboy hat and a bushy beard. “The flea is where you go to buy the stuff you didn’t know you needed.”

The event started 30 years ago as a campus fundraiser for student radio clubs at MIT. It still supports those groups, but it’s grown far bigger. Sellers now drive from hours away to hawk their goods, some arriving the night before to claim marquee spots for their tables. Hundreds of shoppers come to browse every month. 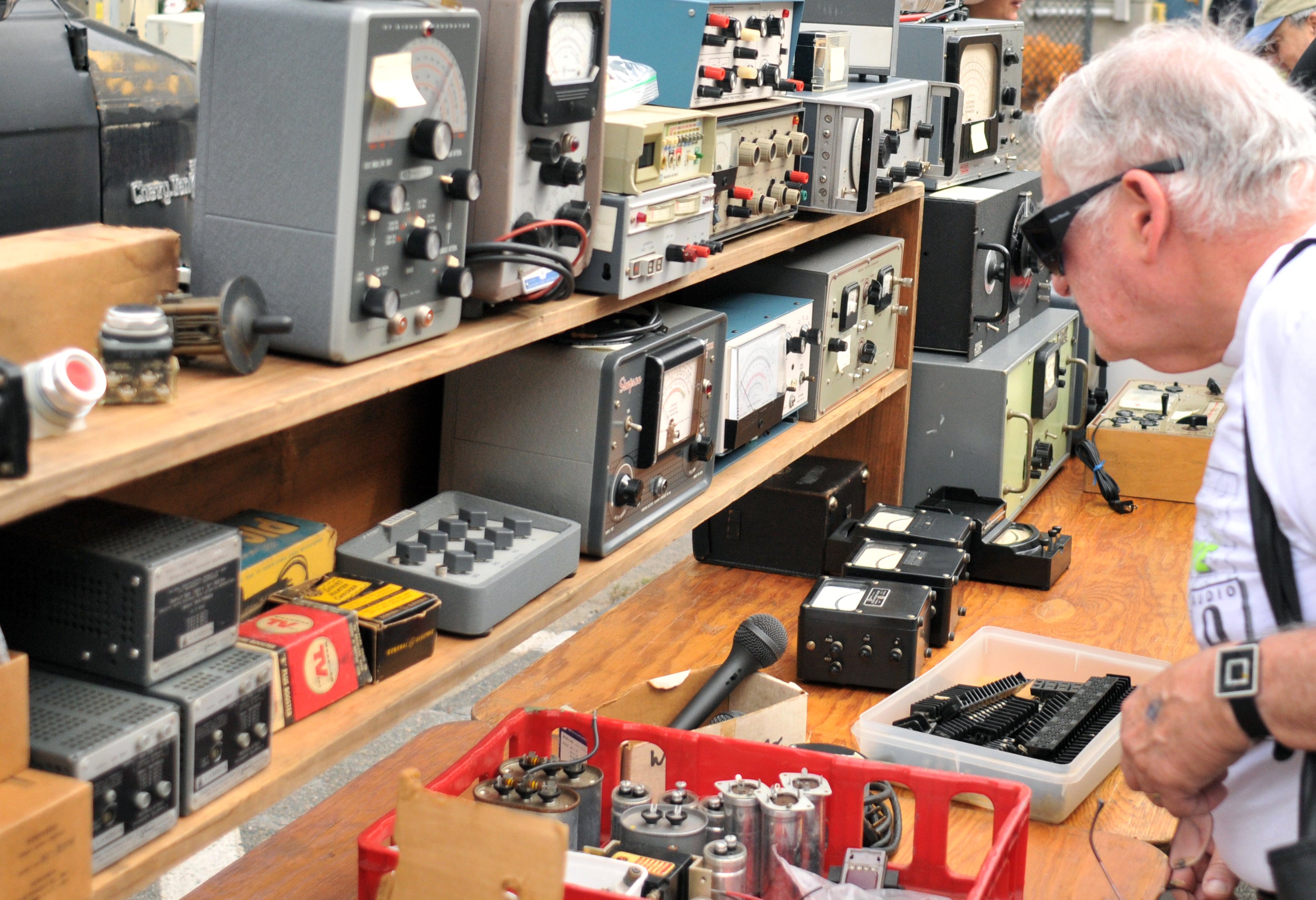 New England hosts other flea markets with a high-tech spin, but this one has a reputation for drawing the rare and obscure. Some credit it to the market’s location, surrounded by MIT and technology companies around Boston, whose retired equipment sometimes filters down to the sale tables.

“It’s the high-tech community in Boston that makes it unique,” said Finberg, who’s also an engineer at an MIT-affiliated research lab. “People will bring surplus runs from production at some facility which dumped a project, and you’ll find resistors that cost big bucks being sold for a dime apiece.”

Some of the vendors are professionals, there to buy and sell electronics for a living. Others are amateurs, mostly there to clear out their garages. They all get the same warning: It’s considered taboo to sell furniture, clothes or other typical yard-sale fare. The Swapfest has a charter explicitly barring it from becoming a general flea market.

Since the beginning, the event been held the third Sunday of the month, from April through October. Its tables fill a surface lot next to an MIT power plant, with dozens more in a nearby parking garage.

Among the crowd last Sunday were Neel Shah and Sasha Berisheva, two juniors at Northeastern University who are building a car that runs on chemical reactions. It’s part of an annual competition at their university, and they came to rummage through boxes of electronic baubles, hoping to find capacitors for their project.

David Purrington brought his 10-year-old son, Alec, to check out radio gear, a shared hobby between the father and son from Needham, Massachusetts.

“My dad has gotten me into ham radio,” Alec said, adding that he was in good company at the sale. “I would definitely call this a geekfest.”

Among the items for sale at the latest gathering: an ultrasound machine, like those used to capture images of unborn infants, and a dish antenna, said to be plucked from a 1960s fighter jet.

Chuck Ochs has been a regular seller since 1991, stacking his table high with vintage radios and electronic testing equipment. His rarest item up for sale last week was a Crosley Model 51 radio from 1921, going for $100.

Over the years, Ochs has taken his collection to dozens of other sales, but he says none quite compare to MIT’s flea.

“A lot of this stuff was thousands and thousands of dollars when it came out,” said Ochs, of East Bridgewater, Massachusetts. “If it exists in the city, this is where you’ll see it.” 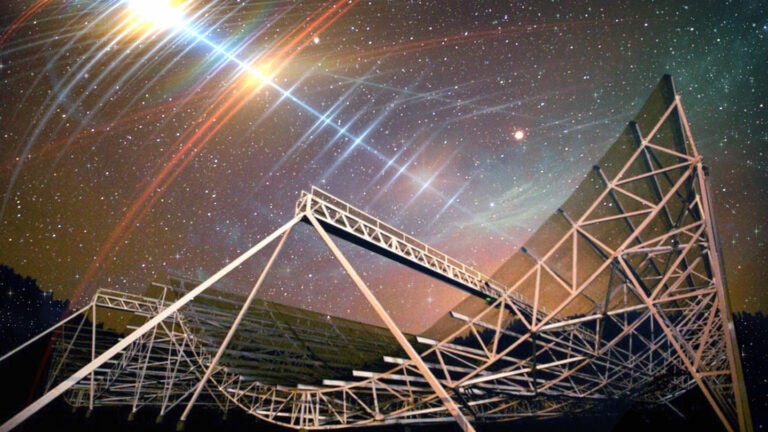