Heroin addicts coming from beyond Gloucester’s borders who are seeking aid from the city’s nationally-known “angel” addiction program, which offers help instead of handcuffs, will now be referred to a nearby agency because the program cannot handle the growing influx of addicts.

The change comes in the wake of the swift downfall of Police Chief Leonard Campanello, the addiction program’s founder, who was fired after officials say he interfered with an investigation into allegations that had inappropriate contact with two women. The former chief agreed to retire last week, rather than contest his termination.

When an addict shows up to the Gloucester police station and asks for help, an officer escorts him or her to a nearby hospital, where they are paired with an “angel” who guides them through the recovery process. Since the program began under Campanello’s leadership, more than 500 people have gone through it, said Ed O’Reilly, a lawyer tasked by the city’s mayor with serving as a liaison to the department.

But statistics show about 80 percent of those seeking help from the Gloucester program are coming from outside the city, from New Hampshire to as far away as California, he said.

The Gloucester Police Department can’t serve as a social service agency for the whole country, he said.

To help lessen the demand on Gloucester officers and ensure the Angel program continues to evolve, the department will begin connecting addicts seeking help from outside the city with PAARI, a group co-founded by Campanello that helps police departments adopt programs similar to Gloucester’s, O’Reilly said. PAARI, which is working with more than a hundred law enforcement agencies across the country, has an office across the street from the Gloucester Police Department, he said.

“What we’re trying to do is make sure the [Angel] program keeps evolving,” he said.

Campanello’s lawyer did not immediately respond to a request for comment on the changes.

The change won’t be overnight and the goal of the Angel Program will remain the same, he said.

O’Reilly, who made an unsuccessful bid for Essex County Sheriff in September, said Gloucester Mayor Sefatia Romeo Theken asked him to help ensure that the Angel Program continued when Chief Leonard Campanello was put on leave.

O’Reilly has met with various city officials involved with the program in recent weeks.

“What they discussed with me is that their resources are stretched very thinly,” he said.

Despite the changes, O’Reilly said that anyone who calls Gloucester police will be helped, regardless of where they are calling from. If the person seeking help struggles to get in contact with PAARI, that person will be helped by the department.

“In no event would anyone be turned down,” O’Reilly said, emphasizing that the program has been a source of pride for the community.

In addition to working on ensuring the continuation of the Angel Program, O’Reilly serves on the Cape Ann High Risk Task Force, which is focusing on the next phase of the work done by the Gloucester program — making sure people have support when they are released and don’t relapse. 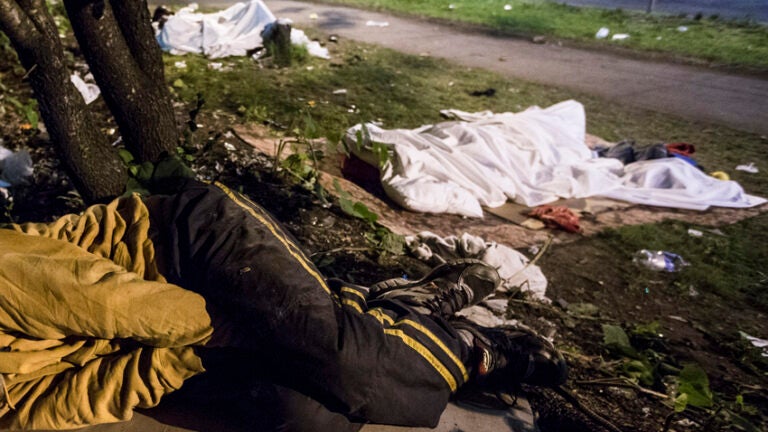