They say the man didn’t respond to officers when they warned him against obstructing traffic in a busy intersection in downtown Portland.

WCSH-TV posted video of the man being arrested after he blocked traffic again.

Police have arrested a man dressed as tree for blocking traffic on Congress Street…as God is my witness. pic.twitter.com/VUFQY6Vyv0

He did not respond to any questions. A friend tells us he was studying the city’s traffic patterns. pic.twitter.com/imJA5ygWky

A friend of the man says he was trying to study the city’s traffic patterns.

The man appeared to be dressed as a pine tree or other type of evergreen. 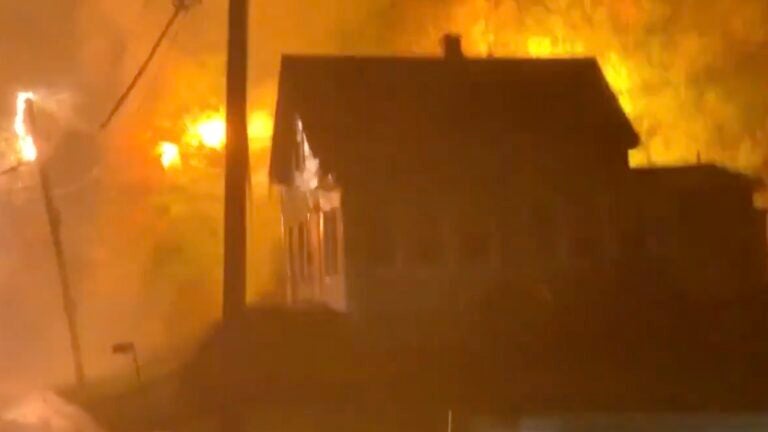 'I heard a boom': Video captures electrical explosion in Brockton amid raucous nor'easter