Orion Newall Vuillemot, a lanky 15-year-old from Woodstock who collects old tractors and makes maple syrup for sale, showed up at 7 a.m. at the Naugatuck Railroad Co. yard off Thomaston Avenue to collect his project.

“He’s always been interested in trains,” his mother, Jane Newall, said as Orion and a team of a dozen volunteers prepped the badly worn and weathered Boston & Maine boxcar – #72249 – from its longtime parking spot in the NRC yard. “When he said he was interested in this, I said, why not?”

It led to Orion raising about $4,000 on a GoFundMe page, putting on a restaurant fundraiser in Putnam, and assembling a bunch of people interested in helping him bring his train car home to a 50-foot-long section of track he built in the family yard.

The Woodstock Academy sophomore calls the boxcar by its number, saying, “I plan to restore 72249.” He estimated the project might keep him busy until 2019 and said that once it’s done, he will likely donate it to a railway museum or someplace similar.

The freight car now is mostly paint-bare wood, with blotches of faded red paint freckled on the boards and the exterior metal frame. So what color will it be?

All day, he buzzed around the rail yard, helping a volunteer plumber take off undercarriage brakes. He carried railroad sledge hammers and yard-long wrenches to workers. He hauled old equipment out of the long-unused boxcar. He happily scrambled onto the diesel locomotive that the non-profit Naugatuck Railroad Co. leases to move its rolling stock around.

“He’s an amazing kid,” said NRC President Howard Pincus, who was there all day to help out. No. 72249 is one of three similar boxcars owned by the company, affiliated with the Railroad Museum of New England, which offers train rides along the old Naugatuck line out of the renovated Victorian train station in Thomaston.

“The boxcar was surplus and we wanted to get rid of it. Advertised it for $1,500 among the historic railroad community and got a few nibbles. Nothing panned out,” Pincus said. “When Orion contacted me in August and told his story, it pulled me in. We offered it to him for $1.”

Pincus threw in a few things the buyer would need: 50 feet of track rail and a keg of brand-new spikes to build the train section the boxcar requires for support. Track ties – the wood cross pieces that the rails in place – were Orion’s to find. He did, and in recent months he and volunteers who donated time and equipment built the 50-foot track in the family yard.

Joseph Cerreto, a retired pharmacist in Mansfield Center and a train buff who started a train museum in Willimantic, spoke admiringly of Orion.

“He’s really dedicated. Stays up to 10 p.m. driving in spikes. He negotiated all the pricing for the crane, trailer, everything.” Cerreto said. “Pretty impressive.”

Glenn Boies, a plumber from Woodstock who mentors Orion on maple syrup making, came down to help disassemble the undercarriage prior to the lifting of the freight car from its wheel sections, known as trucks.

“Happy to be here helping him,” Boies said, crawling under #72249 to loosen rusted metal pieces from the underside. “I go into crawl spaces, and this isn’t much different.”

All day Wednesday, two Woodstock Academy media staffers were on scene, filming and lending a hand. Media Director John Latinen said footage will highlight the project and show prospective students and families the kind of things students are encouraged to tackle.

Orion’s Facebook postings of the project, his fund-raising page and other B&M #72249 information on the internet even caught the attention of staffers at Steamtown National Historic Site, a 62-acre heritage railway and museum operated by the National Park Service in Scranton, Pa.

“We just saw it today on Facebook,” Kenny Ganz, Steamtown park ranger and volunteer coordinator, said Wednesday by telephone. “The boxcar looks in OK shape. We could see it is missing the roofwalk. It’s a rare piece of rolling stock with that exterior steel frame.”

Orion’s zeal to save the boxcar and restore it is remarkable, especially because most people opt to fix a caboose or passenger car, Ganz said.

“Nobody seems to care that much about boxcars, but they are the things that made the most money for railroads,” Ganz said. “You could put anything in them. Seems like that young man has a decent respect for history.”

The plan was to get a crane there to lift the boxcar and its two wheel assemblies by mid-morning onto trailers for the day-long haul to tiny Woodstock in the northeast corner of Connecticut. But problems with the trailer delayed the trailer by six hours. By nightfall, the boxcar was disassembled and its pieces loaded onto trailers, but plans changed so they could get a new state oversize load permit and move the boxcar out. 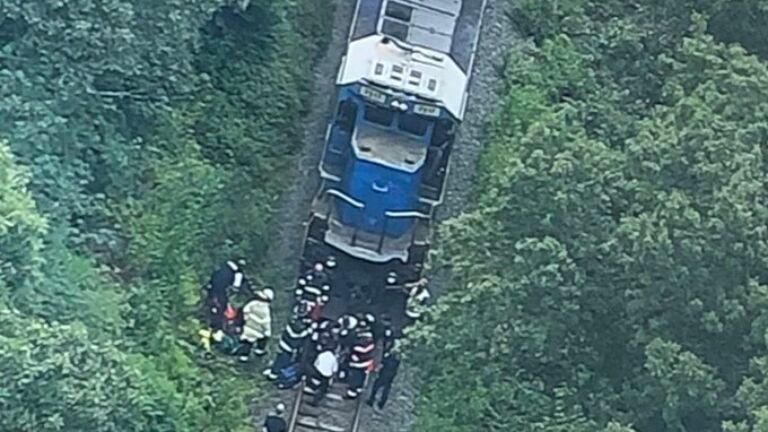 17-year-old hit by train in Chelmsford