SHELDON, Vt. (AP) — A Vermont couple has chased off a moose that appeared to be bonding with their two cows on a Sheldon farm because they didn’t want it to get injured, stuck in their barn or damage their fences.

Sharyn Abbott and her husband Tim returned to their home recently and found a female moose in the pasture with their two Belted Galloway cows, Precious and Primrose.

“I think she was looking for companionship,” Tim Abbott said.

In the late 1980s, a moose nicknamed Bullwinkle became a worldwide celebrity when it wandered into a Shrewsbury, Vermont, field, befriended a cow named Jessica and stayed for three months.

The Abbotts didn’t want the moose to stay that long so they chased it off. But they enjoyed their visitor.

“It was a treat just to see the pictures, and get pictures close, and see how big and massive and tall they are,” said Sharyn Abbott.

The Abbots said one of the cows, Primrose, was much more friendly with the moose while Precious was more standoffish.

The Abbotts don’t know if the moose will be back.

Said Tim Abbott, “We watch for her every day, thinking she might show up again.” 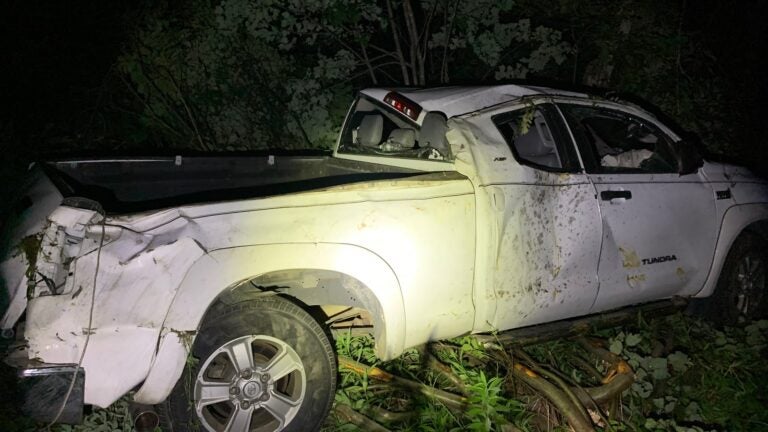