BOSTON (AP) — Fifty years ago Wednesday, a factory worker who claimed he was the notorious Boston Strangler was sentenced to prison.

But questions still remain around Albert DeSalvo’s confession. Many doubt his assertions that he stalked and killed nearly a dozen women in the Boston area in the early 1960s.

DeSalvo himself later recanted the story and never was indicted in the murders. He was serving a sentence on unrelated charges when he was stabbed to death in prison in 1973.

A look at the lingering questions clouding one of America’s most infamous serial killer cases:

Eleven Boston-area women between the ages of 19 and 67 were sexually assaulted and killed between 1962 and 1964, crimes that terrorized the region and grabbed national headlines. All 11 victims were strangled with articles of their own clothing; one also was stabbed repeatedly. Mary Sullivan, believed to be the last of the strangler’s victims, was 19 when she was killed in January 1964, a few days after moving from Cape Cod to Boston.

DeSalvo confessed to being the strangler in 1965 while he was a patient at Bridgewater State Hospital, a state facility housing the criminally insane. But police lacked the evidence to bring him to trial for the killings. He was tried instead on a series of unrelated assaults and was convicted and sentenced to life in prison on Jan. 18, 1967. DeSalvo recanted his story not long before he was fatally stabbed in his cell at maximum-security Walpole State Prison in 1973.

DNA tests performed in 2013 on DeSalvo’s exhumed remains confirmed he killed Sullivan, and investigators said he likely was responsible for the deaths of the other women — the first forensic evidence tying him to the case. But skeptics, including Sullivan’s nephew, insist there were at least two killers, maybe more. They note that DeSalvo didn’t match witness descriptions and was never on investigators’ lists of more than 300 suspects.

A half-century later, the strangler saga continues to fascinate. “Stranglehold,” a new movie , is in production. Bestselling author Casey Sherman, a nephew of Sullivan, wrote “A Rose for Mary,” a book about the case. 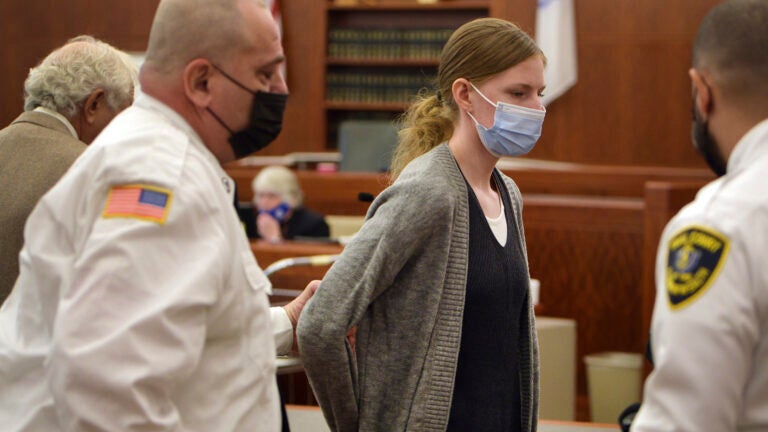