Firefighters rescued a mixed-breed dog that fell through the ice on a frozen Boston pond, and the whole ordeal was captured on a video posted to ABC News.

Boston firefighters hurried to Jamaica Pond just before noon Thursday after a 911 caller reported a person had fallen through the ice, according to Steve MacDonald, a spokesman for the Boston Fire Department.

“Our firefighters got there very quickly, and it turned out to be a dog that had gone into the water,” MacDonald said.

Firefighter ventures out on cracking ice over a Boston pond to rescue a dog trapped in the frigid water. https://t.co/DaGbUFQ1Ow pic.twitter.com/ASLIG9ziZu

Michael Ronayne, who wore a water-rescue suit attached to a rope, crawled out onto the frozen pond. He fell through the thin ice, but still reached the pup and assisted him back onto the ice. Firefighters then pulled Ronayne back in.

“It really didn’t matter whether it was a pet or a person,” MacDonald said. “We treat it the same.”

The dog seemed unharmed, MacDonald said, and the entire rescue took about 5 minutes.

MacDonald warned people to stay off the ice after this run of unseasonably warm February weather.

“There is no ice anywhere that’s safe to walk on,” he said. “That’s just the bottom line, so stay off any kind of ice.” 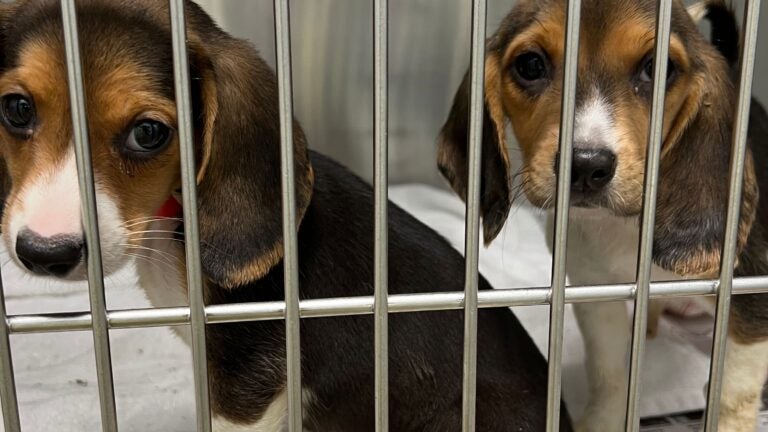