BOSTON (AP) — The organizers of Boston’s St. Patrick’s Day parade have scheduled an emergency meeting for Friday to reconsider their vote to bar a gay veterans group from participating.

The South Boston Allied War Veterans Council, which organizes the parade, and representatives of OutVets met Wednesday, said Ed Flynn, a council member who voted to allow the gay veterans’ group to march.

Flynn is the only member of the council to comment publicly. Emails and telephone calls to the council’s leadership have gone unanswered.

‘‘I remain hopeful that my colleagues on the council will correct this situation and join me in voting for inclusion’’ at Friday’s meeting, said Flynn, a Navy veteran. ‘‘If this vote does not affirm their right to march in the parade, I will not be marching.’’

In a statement on its website Thursday, the veterans council insisted it had not officially banned OutVets from the parade. The council said it told OutVets the rainbow on its banners and logo violate the code of conduct for the parade, which prohibits advertisement or display of one’s sexual orientation.

The council also says OutVets did not submit its parade application before the deadline.

‘‘Since its founding in 1901, the parade has been a celebration of country, community, and the Catholic faith,’’ the statement said. ‘‘The council is accepting of all people and organizations, but it will not permit messages that conflict with the overall theme of the parade.’’

OutVets Executive Director and Air Force veteran Bryan Bishop says he was told the group was barred this year because it broke parade rules by displaying the rainbow banner — a symbol of LGBTQ pride and solidarity — which the council considers a symbol of gay sexuality.

The parade has long been embroiled in legal controversy, including a 1995 U.S. Supreme Court ruling allowing members of the South Boston Allied War Veterans Council to exclude gay groups on free speech grounds. But with the council’s permission, OutVets was allowed to participate for the first time in 2015.

The council’s 9-4 vote Tuesday to bar OutVets drew immediate condemnation from politicians, including Democratic Mayor Marty Walsh and Republican Gov. Charlie Baker, who both said they would not participate in this year’s parade scheduled for March 19. The parade’s Chief Marshal, Dan Magoon, also stepped down.

OutVets on Thursday thanked its supporters.

‘‘OutVets is humbled and moved by the outpouring of support from so many of our elected officials, our brother and sister veterans, and many, many others around the Allied War Veterans Council’s decision to exclude OutVets from this year’s parade,’’ it said in a statement.

The vote prompted at least one sponsor to withdraw its support for the parade, which in the past has drawn as many as one million spectators to the largely Irish-American South Boston neighborhood.

‘‘The men and women from OutVets, who have bravely served our country, deserve our respect and to be included,’’ Phil Tracey, a spokesman for supermarket chain Stop & Shop, said in a statement. ‘‘As a result of the organizer’s decision, our South Boston store will no longer sponsor the parade.’’

The local Teamsters union also announced Thursday that it would not participate in this year’s parade. 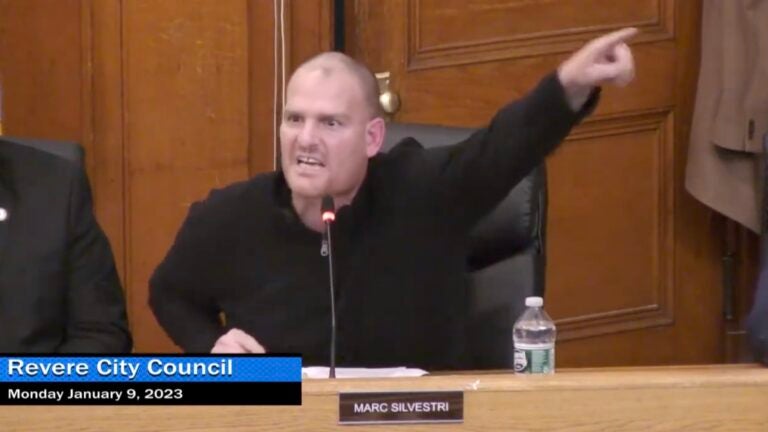 'And you know what? If I have to lose some votes to save some lives, then I will do so.'