A safe injection site where drug users can ride out a high under the supervision of a doctor or nurse may be coming to Massachusetts.

Physicians in the Massachusetts Medical Society will vote at the end of this month on whether or not to advocate for a supervised injection facility pilot program in the Bay State, WBUR reports. The vote comes in response to a recommendation from the organization’s board of trustees, which was unanimously approved in February.

A supervised drug consumption facility is a legally-sanctioned room where drug users can ingest illegal substances under medical supervision. There are currently no such facilities in the United States, but two are expected to open in Seattle and King County in Washington.

If the medical society votes to approve the recommendation, it will become the first statewide physicians group to endorse supervised injection facilities, according to WBUR.

A vote of approval from the Massachusetts Medical Society would just be the first step in bringing these facilities to the Commonwealth. At least one city in the state would have to be willing to host it. And Gov. Charlie Baker would have to issue an executive order allowing for a pilot program to move forward, or members of the medical society would have to lobby state legislators to exempt the pilot program from state drug laws.

A bill that would allow safe injection sites in the Commonwealth is on file at the Statehouse, but it hasn’t gone anywhere this session.

If the state were to pursue the pilot program, it’s likely that it would take place in Boston. Specifically, medical society members are eyeing Boston Health Care for the Homeless in the South End, which is home to the Supportive Place for Observation and Treatment (SPOT), which opened last year. In SPOT, patients are supervised by nurses while high, but they are not allowed to use drugs while in the SPOT room.

Supporters of supervised injection facilities say the sites would be a new tool for medical professionals to help save lives. Critics, however, question the ethics and legality of such facilities, arguing that they may encourage illegal drug use.

Other cities across the country are taking steps toward opening such facilities. Health officials in San Francisco have introduced legislation to convene a task force that would look into the feasibility of opening safe injection sites in certain neighborhoods in the city, and health and law enforcement professionals in Vermont are considering setting up a site in Burlington. 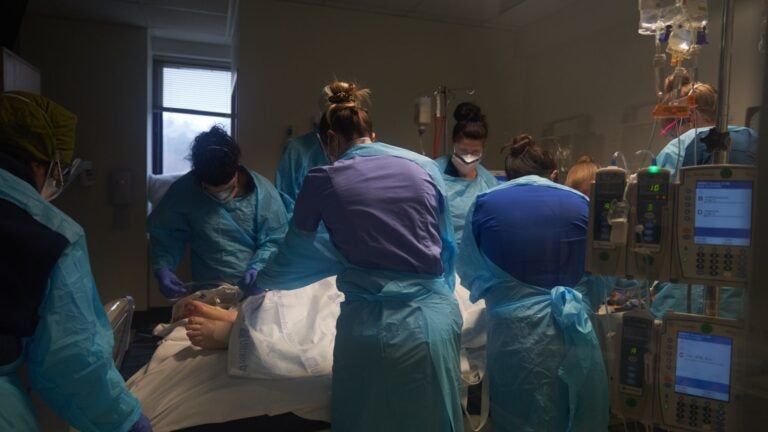