Backers of the bill, which has passed the Legislature, say it will let parents ensure their children are learning appropriate material. But detractors say it could create hurdles to providing important sex education or even teaching classic literature. Former Democratic Gov. Maggie Hassan vetoed similar legislation last session.

“My objective would be that parents would be more engaged in these conversations with their kids as they’re happening at school,” said Republican Rep. Victoria Sullivan, the bill’s prime sponsor.

Sununu’s spokesman, Dave Abrams, said the governor is reviewing the final language of the legislation. “Generally, he supports measures that further empower parents to take active roles in their children’s educations,” Abrams said. The bill is still on its way to Sununu’s desk through a process known as enrollment; once it’s there he has five days to take action.

Sullivan said she was inspired to craft the legislation after her third-grade son was shown a video about an adult inappropriately touching a child. She learned about the video from another parent whose child was scared by it, she said. After seeing the video herself, she felt it wasn’t age-appropriate.

“The school seemed to prefer to ask forgiveness over permission,” she said. “That’s the impetus for this bill.”

At least 22 states require parents be notified before sex education or HIV education is taught, according to the Guttmacher Institute, a reproductive health advocacy group. At least three states require explicit parental consent. New Hampshire already gives parents an option to opt their children out of lessons. The bill before Sununu would only require advanced notice and not consent.

Planned Parenthood says it could hurt teenagers’ ability to get appropriate sex education in a timely manner.

“This bill jeopardizes Granite State students’ ability to get the critical information they need to make healthy lifelong choices,” Kayla McCarthy, the group’s advocacy director in New Hampshire, said in a statement.

Others warn the bill could extend beyond health and biology classes, potentially stopping students from reading classic novels or studying current events. Last week, state Sen. David Watters delivered a rap on the Senate floor warning about the pitfalls of censorship.

“Betty Friedan’s in the can, Stonewall’s queens won’t be seen, Roe v. Wade in the shade, transgender off the agenda,” Watters rattled off as his amused colleagues looked on.

But Sullivan, the bill’s sponsor, said such fears are overblown. She said the legislation deals specifically with curriculum related to sex education or human sexuality, and isn’t intended to apply elsewhere.

“It would be health class, biology, that’s where it’s targeted — it’s not targeted at literature at all,” she said.

Dean Cascadden, superintendent of the Bow School District, said he doesn’t believe the bill will create a major burden, as many districts already keep parents informed about what their students are learning. But he said things could get tricky if a student asks a question about current events, such as transgender rights.

“What happens when something kind of comes up in a classroom and someone says ‘Whoa, you’re teaching about human sexuality,’?” Cascadden said. 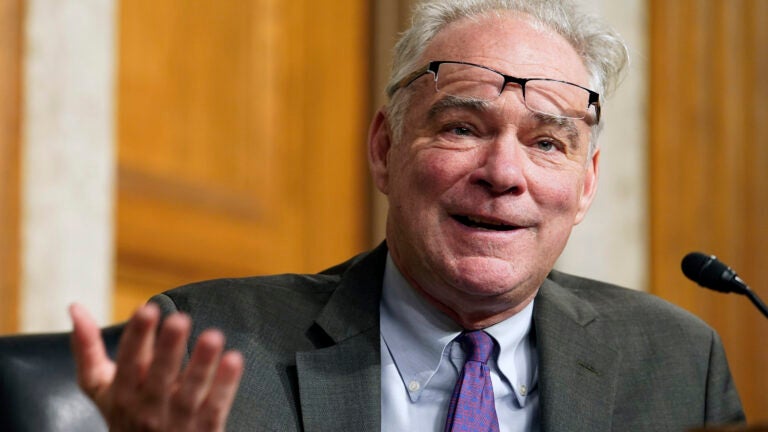