While he expected a few laughs from customers, Copoulos says he was surprised to find the letter from the Quincy-based coffee chain dated May 19 claiming he was infringing on their trademark “America runs on Dunkin'” slogan.

Copoulos says he wants to be the “exact opposite” of a corporate coffee chain by reopening his father’s shop. He has since washed off the sign.

Dunkin’ Donuts did not respond to requests for comment. 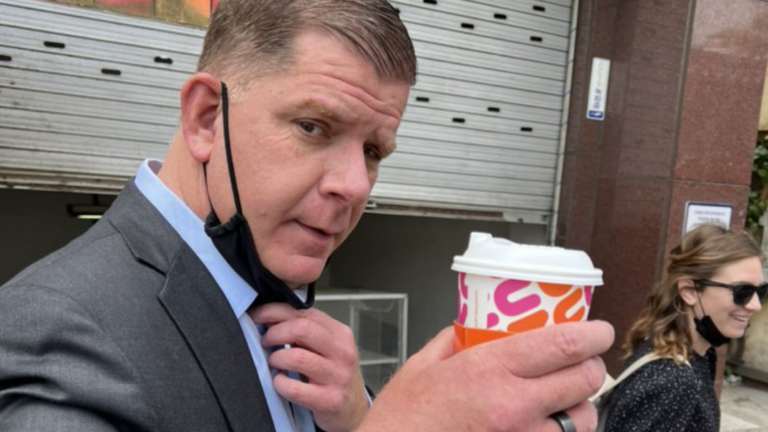 Marty Walsh tracks down Dunkin’ on his Korea trip