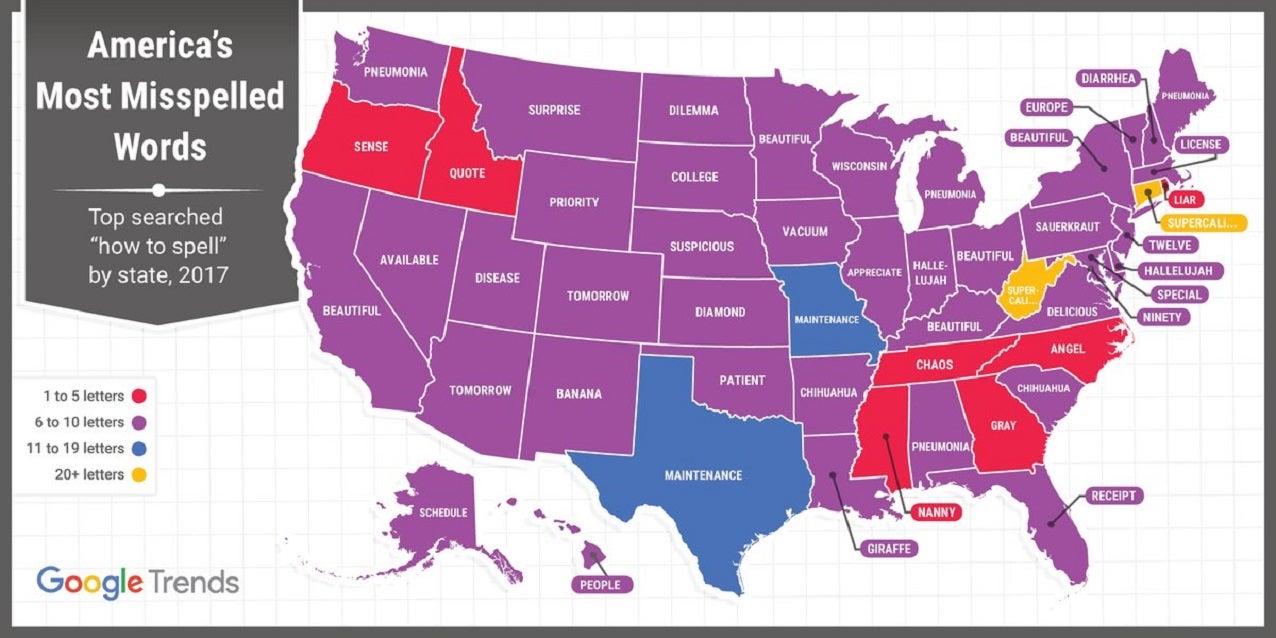 The Scripps National Spelling Bee kicked off Wednesday, and in honor of the big event, Google Trends released a map revealing each state’s most commonly misspelled word.

To come up with the list, which was released Tuesday, Google compiled all U.S. searches that included the phrase “how to spell” between January 1 and April 30 of this year. And the results, particularly in New England, are quite interesting.

We’ve made a few corrections to the legend. This is the one to use pic.twitter.com/0Z8fUlzmHc

And what word is causing Connecticut residents to turn to Google for help? It’s the title of a classic Mary Poppins tune, “Supercalifragilisticexpialidocious.”

Other notable mentions: New Jerseyans can’t spell the word “twelve,” people in Hawaii tend to flub the world “people,” and Wisconsinites are unsure about the spelling of, well, Wisconsin.

Hey, at least this year, Massachusetts residents can spell the name of their own state. 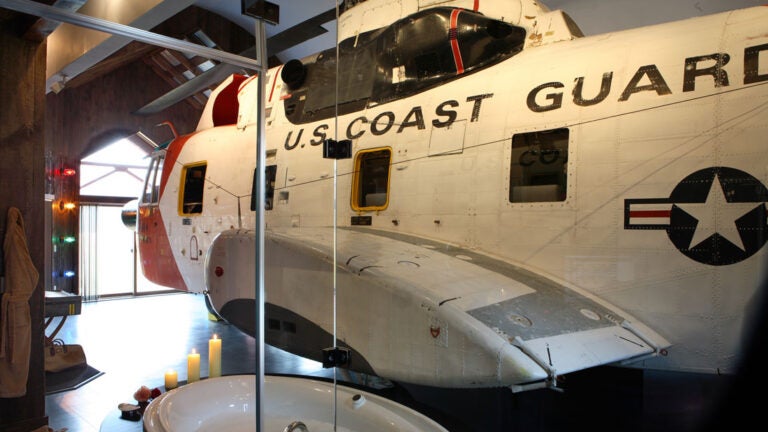 These are the coolest hotels in New England, according to Thrillist