The 47th edition of the Boston Pride Parade marched through the city on Saturday, winding from Copley Square through the South End before finishing at City Hall.

I am #wickedproud to be from MA, the state that leads the way for LGBTQ equality. #BostonPride pic.twitter.com/3XkUY7OjOF

So much pride and love in our City today. I am so proud to be Mayor of this City. Happy Pride Day Boston! ?️‍? #PrideBoston #Pride2017 pic.twitter.com/zhAqqrMXNG

Some of the biggest cheers from the crowd came for a float carrying survivors of the Pulse nightclub shooting in Orlando, which left 49 dead and 58 wounded on June 12, 2016.

Parade organizers were “very touched” that the 29 survivors who rode on the float were able to join the Pride Parade on Saturday.

“We are very, very touched by their presence, and so we selected them to carry the big 60-foot Pride flag down the entire route of this parade,” Parade chair Martha Plaza told The Boston Globe.

Last minute prep before start of #BostonPride parade. There’s a float with 29 survivors from the #Pulse Nightclub shooting.#nbcboston pic.twitter.com/Z2NX2Wygrj

While the Pride Parade served as a celebration, the float and its passengers also served as a reminder of the worst mass shooting in U.S. history.

Cheers and tears as the float carrying 29
survivors of the #Pulsenightclub massacre roll down Boylston Street. #bostonpride pic.twitter.com/it2AxUik6K 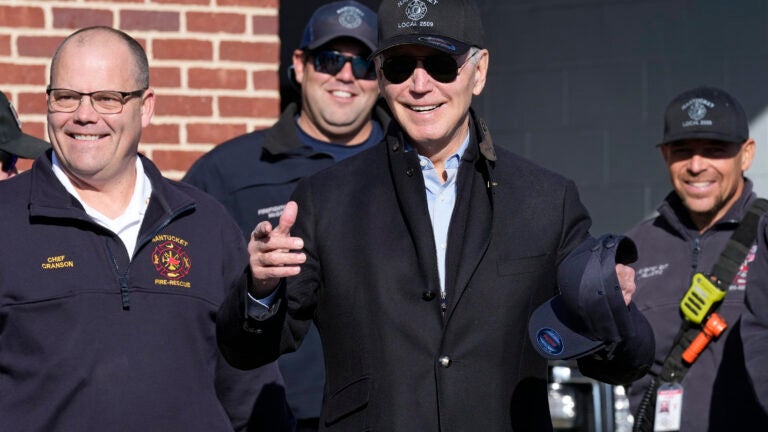