After years worth of erosion, the deteriorating patio of a Cohasset restaurant collapsed into the ocean on Tuesday night.

The patio of the Olde Salt House is collapsing in the harbor starting last night. C of O wasn’t issued in spring because of concerns pic.twitter.com/oPBbwnBmXd

The deck of Olde Salt House, which sat on a seawall made of granite, began to fall into Cohasset Cove around 6 p.m. Tuesday, The Patriot Ledger reports. There were several small boats docked about 10 feet from the collapse, but none are believed to have been damaged.

According to the town’s fire chief, residents called the Cohasset Harbormaster to report the collapse, and the Harbormaster then called the fire department. Different parts of the wall have continued to fall since Tuesday night.

Building Commissioner Robert Egan told The Patriot Ledger that the restaurant’s deck had been deteriorating for a while, and it will be fenced off in order to ensure the safety of nearby residents. The seasonal restaurant had not opened for the summer yet because of the deck.

“Because it was deteriorating, this office sent them a notice that they couldn’t open until it was fixed, and they just never got around to it,” Egan said. “The sand fill just eroded over time and the granite itself collapsed.”

The Olde Salt House, billed as an “upscale clam shack,” was sold to new ownership in 2016. Its website has been updated to reflect the deck’s collapse. 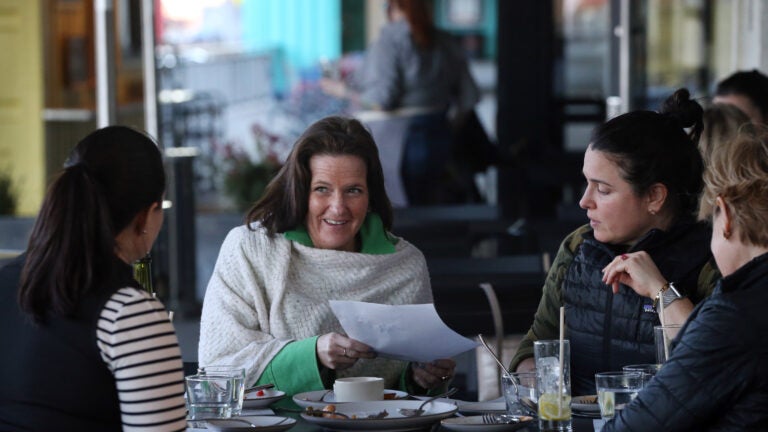