BOSTON (AP) — Boston Mayor Martin Walsh said Monday that the city stands with Virginia and will not welcome what he described as ‘‘hate groups’’ who might be thinking of holding a rally in Boston.

Walsh made his comments after violence at a white supremacist rally in Charlottesville, Virginia, on Saturday left one protester dead and 19 injured.

Walsh, a Democrat, said Monday that a group of far-right activists who are planning a Saturday rally on Boston Common have not filed for any permits from the city. He urged any groups considering such a rally to abandon their plans — or push back the rally to another time, saying the wounds from Virginia are too fresh.

Republican Gov. Charlie Baker called the attack on those protesting the white supremacist rally in Virginia an ‘‘act of terrorism’’ and said the state won’t ‘‘tolerate the kind of hatred and bigotry.’’

He said he called Virginia Gov. Terry McAuliffe, a Democrat, on Monday to express his solidarity with McAuliffe and the people of Virginia.

‘‘It’s disturbing and sickening to turn on the news and to see that there are people in this country who believe that the color of their skin or their place of birth makes them superior to their neighbors,’’ Baker said.

Organizers of Saturday’s planned protest have dubbed it a ‘‘Boston Free Speech Rally’’ and have said they are not associated with the organizers of the Charlottesville rally.

Organizers also said late Monday that while some speakers have backed out, they will be proceeding with the rally. The group said in a Facebook post that they submitted a permit on July 13 ‘‘and it was city approved.’’ They said the city and the Boston Police Department ‘‘are ignoring our calls.’’

During the press conference, Walsh again said ‘‘to my knowledge, they did not apply’’ for a permit.

The rally is scheduled from noon to 5 p.m. on Boston Common.

Activists are planning a counter rally and march on Saturday to protest the event.

Boston Police Commissioner William Evans said local and state agencies are working to guarantee the safety of all on Saturday. He said they expect large crowds, but are hoping to keep the groups apart.

Walsh and Baker also criticized President Donald Trump’s failure on Saturday to denounce the groups in Virginia by name and instead blame the violence on ‘‘many sides.’’ On Monday, after intense criticism, Trump condemned Ku Klux Klan members, neo-Nazis and white supremacists.

Walsh said Trump should have spoken out more forcefully immediately.

‘‘This was never a many-sides issue. This is a right and wrong issue,’’ Walsh said, faulting Trump’s campaign rhetoric and initial reluctance to call out the groups. ‘‘Don’t hand hatred a megaphone and pretend you can’t hear it.’’

Baker also said Trump should have come out and said what everybody else was thinking and believing shortly after the Charlottesville incident ‘‘which is white supremacists have no business and no place in American political dialogue. Period. End of discussion. Case closed.’’ 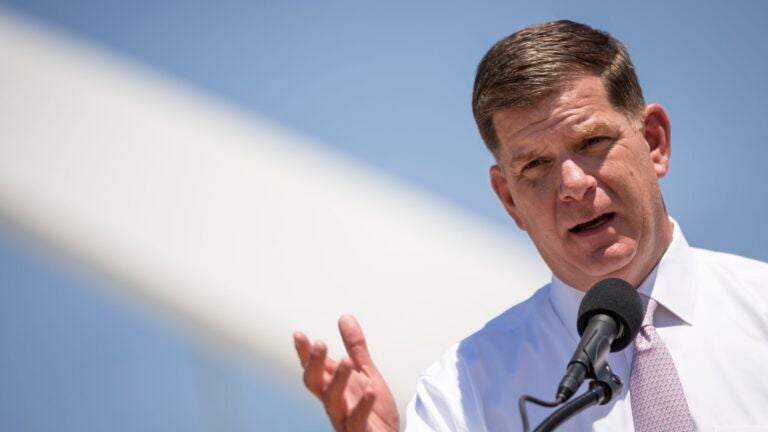