Boston police have posted a “community advisory” with large crowds expected Saturday on the Boston Common for a controversial “free speech” rally and related counter-protests.

Police say a “comprehensive operational plan” is in place for Saturday, and those on the Common should anticipate “a large police presence both of uniformed and undercover officers.”

Parking in and around the Common will be prohibited Saturday, and police “strongly urged” people visiting the park to leave backpacks, large bags, and strollers at home. “Please be advised that they may be subject to search, and there will be no storage area designated to leave the belongings,” the advisory reads.

In addition, police said the following items will be banned from the Common throughout the day:

Park visitors not participating in the rally or counter-protests should also take note that Frog Pond, the Swan Boats, and the visitor center will be closed for the day, according to the city.

“The Department intends to provide a safe and peaceful opportunity for people to exercise their Constitutional rights,” the police advisory concludes. “Violence or property damage of any kind will not be tolerated. Anyone engaging in illegal behavior is subject to arrest and prosecution to the fullest extent of the law.” 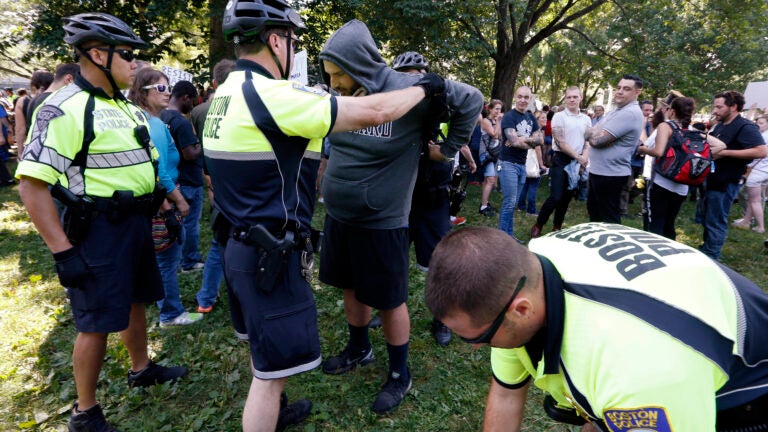 What we know about the 'free speech' rally on Boston Common