Police broke up an MIT fraternity party just before midnight on Sunday after finding more than twice the number of allowed occupants in the residence, underage drinking, an unlicensed DJ, and a waterfall over a marble staircase, according to a statement.

Officers first approached the Phi Delta Theta fraternity house at 97 Bay State Road after seeing a line of 40 people waiting to enter the residence, which is licensed as a dorm. Its license sets the maximum occupancy at 39 people. At the door, a fraternity member reported that he was keeping count of the people inside, 116 at the time, police said.

Inside, detectives immediately observed an 18-year-old with a beer, and found that the first floor was being operated like a night club with low light, strobe lights, and a DJ without authorization, according to police.

There was also a waterfall installed that soaked the house’s central marble staircase.

Police decided to evacuate non-residents from the house due to safety concerns. Phi Delta Theta’s president was issued a licensed premise violation for a minor in possession of alcohol inside a licensed dormitory, overcrowding in excess of licensed capacity, DJ entertainment without approval, and hazardous conditions inside a building.

Police Commissioner William Evans said that the department didn’t want to keep students from having fun, but would continue to respond to unsafe events.

“Our goal is not to put a damper on students’ fun, but when we see conditions that put these students’ safety at risk—underage drinking, waterfalls down marble staircases, fire hazards and overcrowding—we are obligated to step in and shut it down,” he said in the statement. 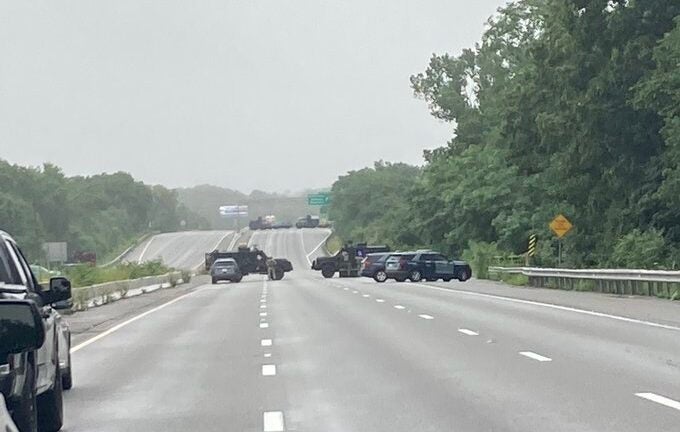 11 in custody after armed standoff shuts down I-95 in Wakefield, police say