It’s a tongue-twister of a name: Lake Chargoggagoggmanchauggagoggchaubunagungamaugg.

The famous lake in Webster, Massachusetts, has long attracted attention for being perhaps the longest one-word place name in the United States, according to the Webster Lake Association. Formed by glaciers in the last ice age, the lake stretches three miles long and is comprised of three ponds linked by connecting channels. People who live here are proud of its history, but nobody can quite agree on how exactly it should be spelled — or what the lengthy name really means.

The spelling “got longer as history happened,” explained Richard Cazeault, a born-and-raised Webster resident and co-founder of the Webster Lake Association. There are three different versions of the name, each with a varying number of g’s.

“You can never get anyone to agree to the number of g’s that belong in the name,” he said.

The 45-letter spelling with 15 g’s remains the most popular, said Carla Manzi, a Webster resident and editor of oldewebster.com.

On Google Maps, the name is truncated to Lake Chaubunagungamaug, and the town has its own trouble with misspellings of signage for the lake. 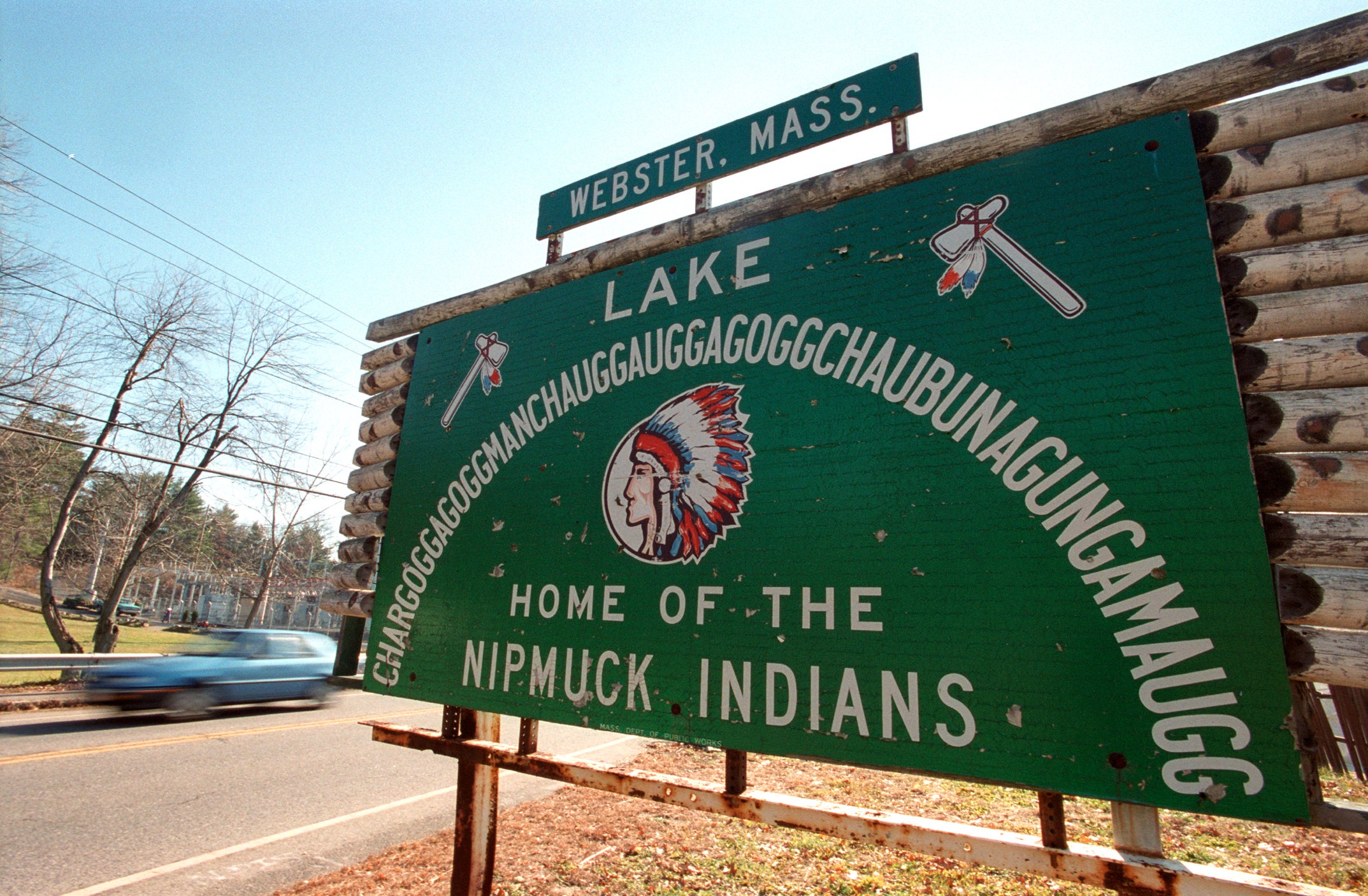 An undated photo of the sign on Route 12 for Lake Chargoggagoggmanchauggauggagoggchaubunagungamaugg.

Ken White, a member of Chaubunagungamaug Nipmuck Council, which represents the clan of the Nipmuck tribe that originally settled near the lake centuries ago, said local legend has it that its name means “the boundary place.” It was considered a neutral ground even in times of conflict because every tribe fished from it, the 75-year-old said.

That legend, he pointed out, is similar to a popular — but invented — translation of the word Chargoggagoggmanchauggagoggchaubunagungamaugg: “You fish on your side, I’ll fish on my side, and nobody fishes in the middle.”

While it may be catchy,  Cazeault and Mazi said that meaning is a fake translation made up by Webster Times editor Laurence Daly in a 1921 newspaper article. It later became a popular myth, even though the journalist admitted that he invented it.

A move by the state in the 1960s to shorten the name sparked local outcry, and a poem was written in protest. The lake has also inspired several songs, including one by Broadway star Ethel Merman. 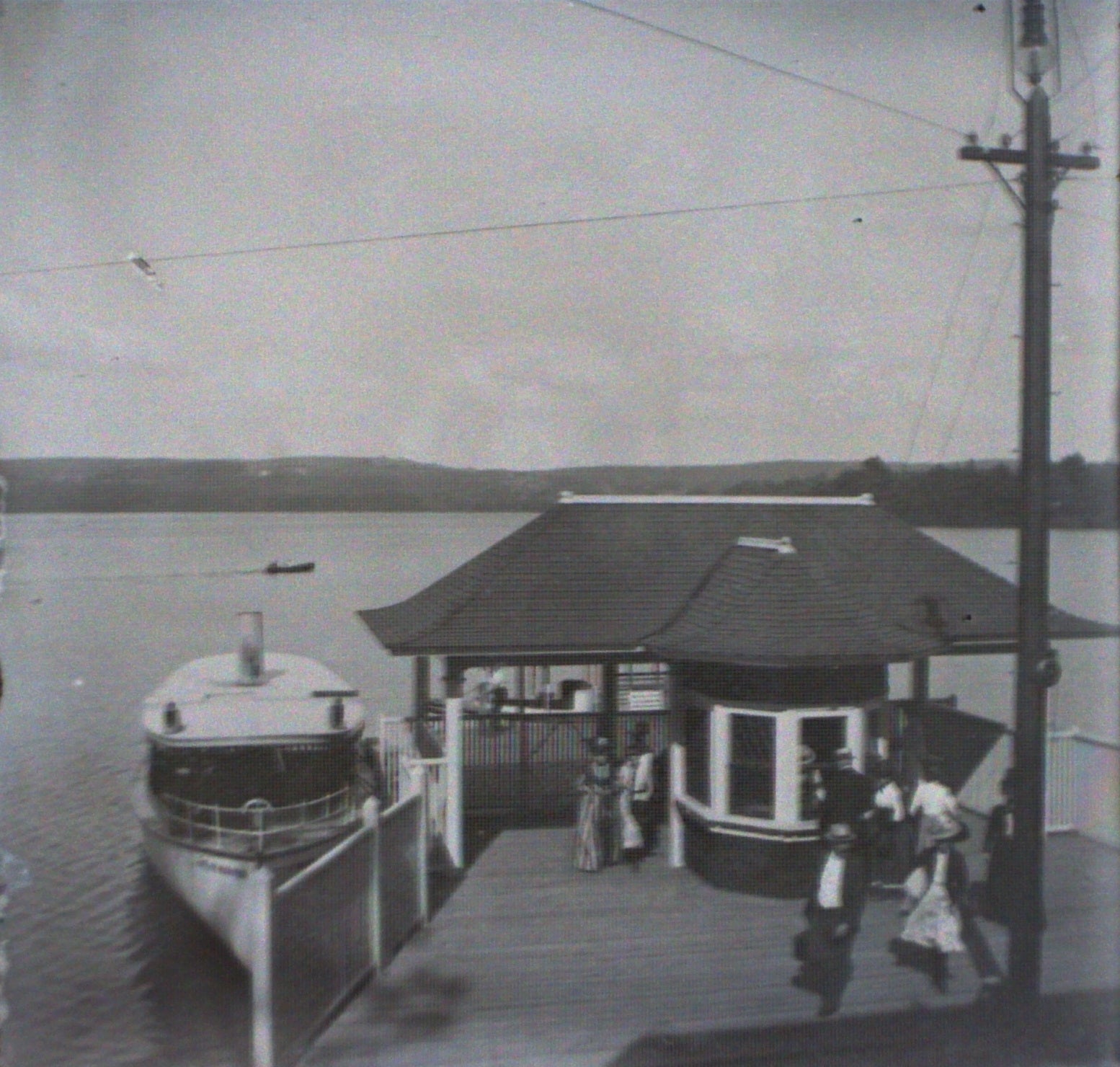 The boat landing at Beacon Park in 1895.

The first settlers arrived in town around 1630. The water supply of the lake and nearby French River drew Samuel Slater, known as the “father of the American factory system,” to the area from Rhode Island to start his textile mill. The town was founded in 1832.

From the late 19th into the early 20th century, Webster became a vacation destination. Resorts were built along the lake’s shores, offering visitors picnic areas, restaurants, and steamboat rides. 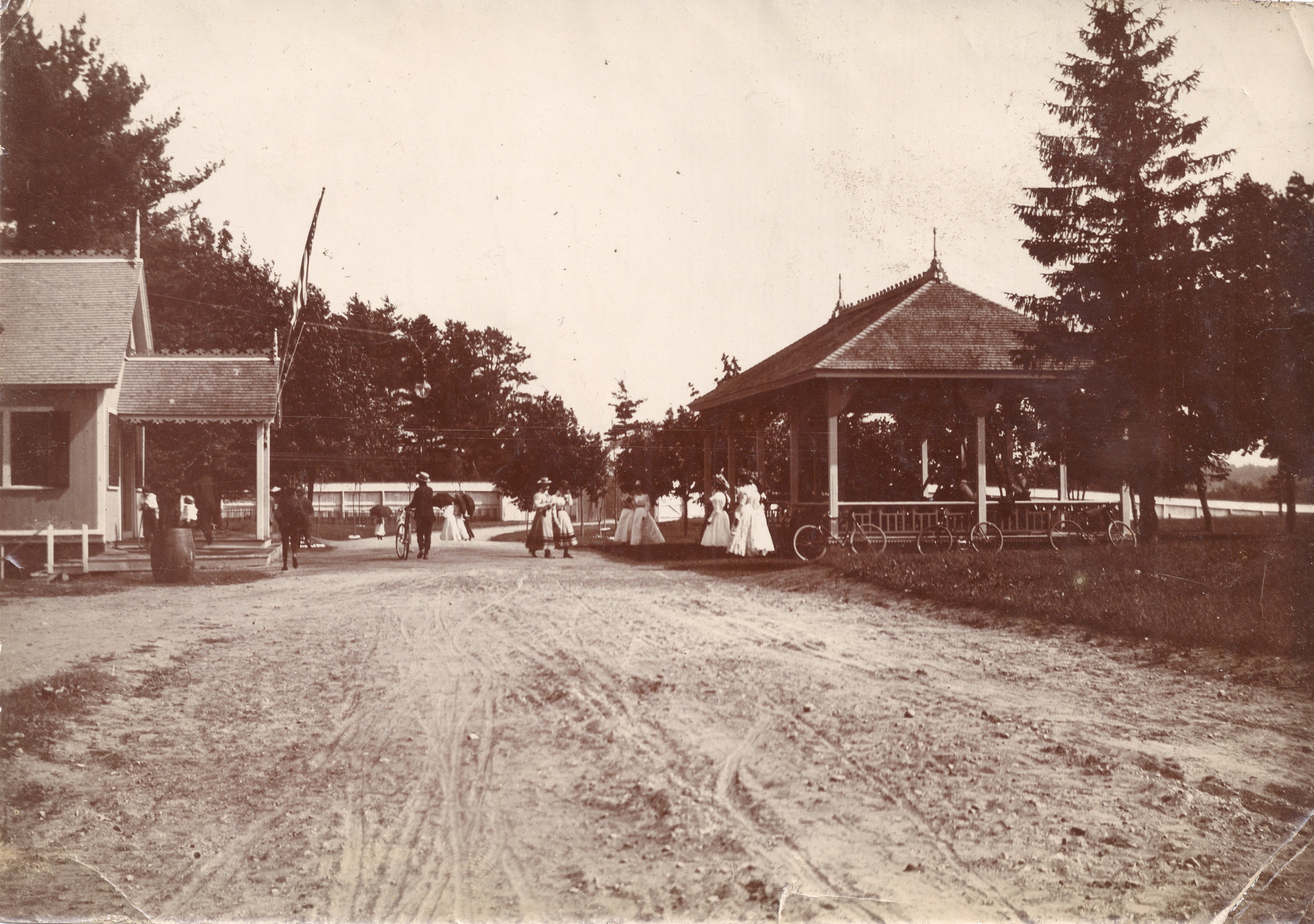 One resort, Beacon Park, had a Ferris wheel, a water slide, a carousel, and a boardwalk.

The advent of the automobile changed everything, according to Cazeault. People no longer had to depend on the railway for transportation to their vacation destination, and Webster’s draw as a resort town started to go downhill in the ’20s and ’30s. By the end of World War II, it had largely collapsed.

“It’s a natural treasure to the people of Webster and to the entire central Massachusetts region,” he said. 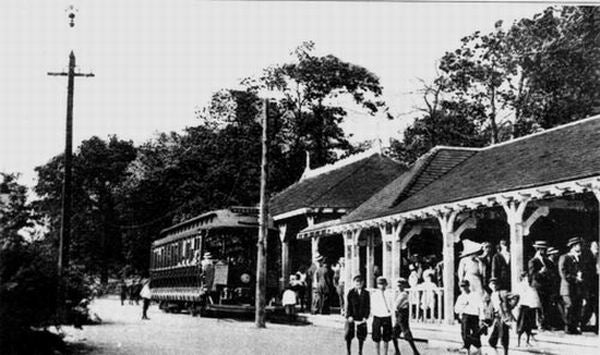