A 20-year-old Wayland man died after suffering a head injury in Amherst early Saturday morning, according to the Northwestern District Attorney’s Office.

Authorities said the man attended a party on North Pleasant Street earlier in the evening and then ran off into the yard behind a Fearing Street residence, where they believe he fell from a 10-foot retaining wall, landed in a shallow brook, and struck his head. The man, who authorities have not identified, was not a UMass Amherst student but was visiting friends in the area, the DA’s office said.

Emergency personnel responded to a 911 call for an injured person at about 2:30 a.m. and found the man “unresponsive with obvious head injuries,” according to authorities. He was taken to Cooley Dickinson Hospital, where he was pronounced dead.

Authorities said they’re continuing to investigate the circumstances surrounding and preceding the man’s death. The Office of the Chief Medical Examiner has not officially pronounced his cause of death, and toxicology results are pending.

“Preliminarily, it does not appear that the death is criminal in nature,” the DA’s office said. 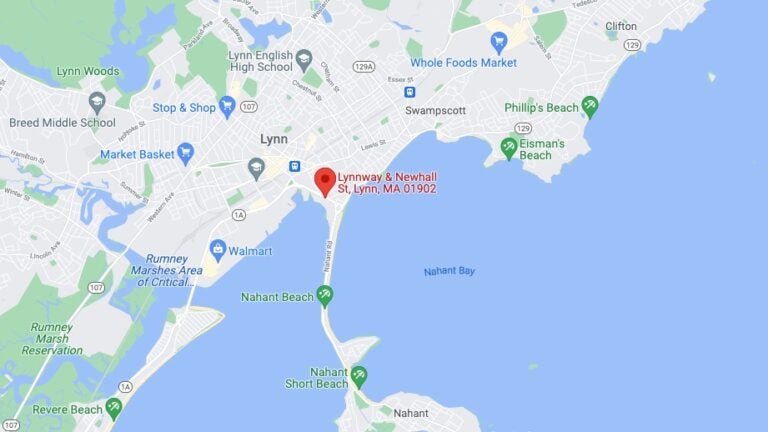