Get news as it happens. Sign up for Boston.com‘s email news alerts here.

Three roofers in Maine have gained national attention after they halted work Saturday to stand, hands across their hearts, for “The Star-Spangled Banner” as it played at a nearby high school football game.

A photo of the three workers standing during the national anthem atop a roof in Waterville, Maine, went viral after Michelle Lyons Cossar wrote on Facebook that she was watching the Waterville High School football game when she turned to see what people behind the stands were talking about.

“This is what I saw…three men roofing a house and respecting the flag,” she wrote.

Standing for the National Anthem at the Old Town Waterville football game today and from behind the stands we hear, ‘…

“I just thought the world could use a little more of that right now,” Cossar told WMTW of why she shared the photo.

“They had no idea anyone even noticed but our community did,” local Shanon Gurski Dixon told WMTW. “Several people had taken pictures of this patriotic act of kindness.”

Dixon told the station she and others shared the photos of the workers on social media to find out who they were in order to thank them. She said they found out the men were doing independent work that day, but are all roofers by trade for a company in Oakland, Maine.

CNN reports the roofers — Dwayne Harrison, Danny Thyng and James Scraggs — had been working for four hours when the national anthem began.

Harrison, the man standing on the roof’s peak, told Fox News he and his colleagues weren’t aware a picture was taken and didn’t pause their work for “The Star-Spangled Banner” in order to prove a point.

“We were raised to respect and honor our country,” Harrison told CNN. “Instead of making lots of noise during the national anthem, we all reacted together and stood.”

There has been a widespread debate across the country over conduct during the national anthem as NFL players have chosen to kneel during the song to protest racial inequality and police brutality. President Donald Trump has condemned the protests, calling them an insult to the flag, and lambasted those participating in them. 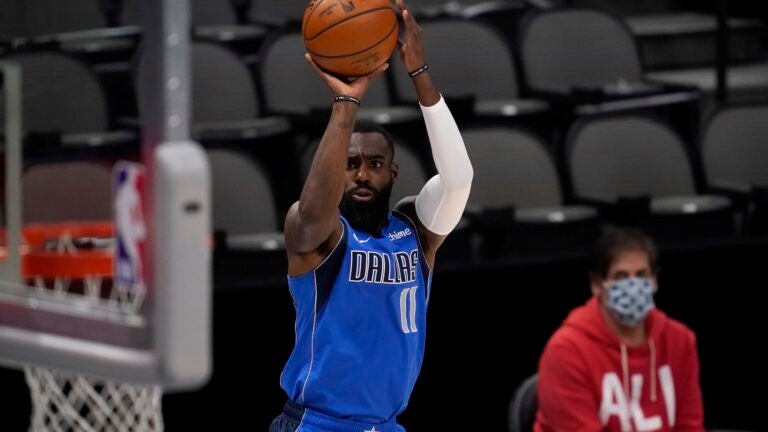