MONTPELIER, Vt. (AP) — A Vermont college professor injured in a melee following the campus appearance of an author who co-wrote a book discussing racial differences in intelligence said some faculty members were more to blame for the violence than students were.

Middlebury College professor Allison Stanger made the comments while being interviewed for the C-Span show ‘‘Q&A,’’ which is due to be broadcast Sunday.

‘‘What disturbs me about what happened at Middlebury, was that I think students were actively encouraged by some members of the faculty to do things that were not in their interest and that upsets me,’’ said Stanger, who is on leave from Middlebury for two years.

Stanger said that she knew who those faculty members were and that some have apologized to her.

‘‘Shutting down speech is an invitation to violence,’’ she said. ‘‘We have these heated passionate exchanges of views, precisely to avoid having to pull out guns or swords, or, you know, have a duel, so when you shut down speech you are basically inviting violence.’’

Stanger was injured in March after protesters shouted down guest speaker Charles Murray, a social scientist who critics say used pseudoscience to link intelligence to race in the 1994 book ‘‘The Bell Curve.’’ Protesters surrounded Murray and Stanger, who was treated for a neck injury and a concussion.

Afterward, 41 students were disciplined for taking part in the first stage of the protest in which demonstrators prevented Murray from speaking. An additional 26 students faced more serious consequences for actions in the hall and outside the building.

The Middlebury Police Department was unable to identify anyone who injured Stanger in the confrontation.

Stanger, currently a scholar in residence at the New America Foundation in Washington, said she is now ‘‘feeling almost 100 percent.’’ 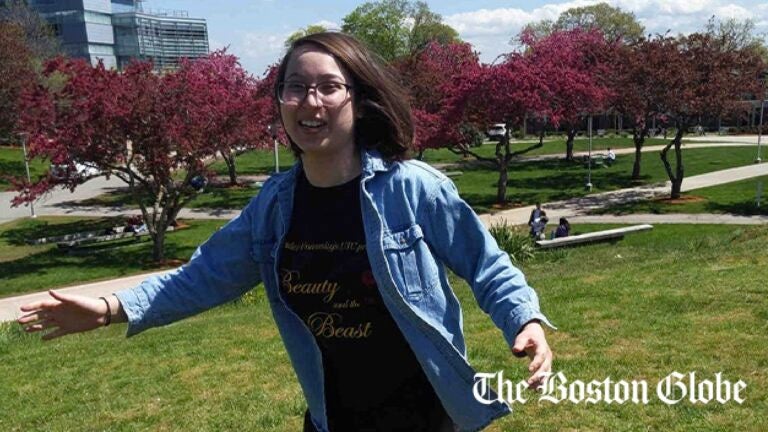 'She was sunshine and light and warmth': Friends recall Brandeis student killed in bus crash