PROVIDENCE, R.I. (AP) — Rhode Island Gov. Gina Raimondo is asking the Massachusetts Bay Transportation Authority to run express commuter trains between Providence and Boston, but the agency says it would be difficult.

Express service is not currently offered on the Providence/Stoughton commuter rail line. MBTA spokesman Joe Pesaturo said it would be difficult to introduce express service before South Station in Boston is expanded because the trains would need room to arrive and depart.

The Democratic governor said she’s reaching out to the MBTA to see what can be done. The dialogue, though moving slowly, is ongoing, Raimondo said.

“They haven’t committed to anything and I don’t want to get over my skis, but it’s something that I think would really help Rhode Islanders,” she said.

The Rhode Island Department of Transportation says it’s currently reviewing schedules and estimated costs to see if an off-peak express service could be added after 9 a.m., since South Station is at capacity during peak hours. An express train is expected to save 10 minutes, the department said.

It currently takes over an hour to travel between Providence and Boston on the commuter rail line.

The Federal Railroad Administration is reviewing a draft environmental assessment for the South Station expansion project, according to the Massachusetts Department of Transportation. In it, 2025 was used as an approximate opening year, assuming funding is available and that the post office at South Station is relocated, and 2035 would be when the changes would have maximum impact.

It’s the most heavily used passenger rail facility in New England, according to the environmental assessment.

The typical weekday ridership on the Providence/Stoughton commuter rail line is about 25,000, according to the MBTA. Not all trains stop at each station. Some make about half the stops along the route.

Raimondo said she has not spoken with Connecticut officials about extending the Metro-North Commuter Railroad into Rhode Island. 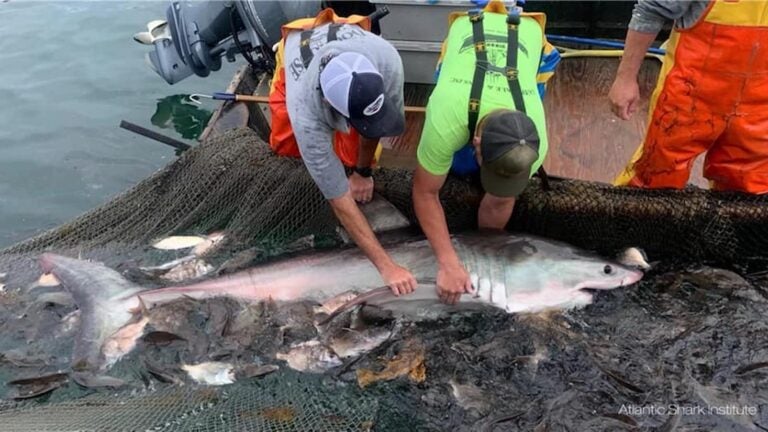