An Emerson College graduate and former Virginia news anchor whose journalist girlfriend was killed during a live local broadcast in 2015 has won a seat in the Virginia House of Delegates.

Hurst was living with his girlfriend, TV reporter Alison Parker, when she and cameraman Adam Ward were fatally shot by a gunman in August 2015.

We didn’t share this publicly, but @AParkerWDBJ7 and I were very much in love. We just moved in together. I am numb. pic.twitter.com/tUrHVwAXcN

The 2009 Emerson graduate grew up outside Philadelphia and moved to southwest Virginia about 10 years ago as a reporter, according to his campaign website.

“I decided to leave journalism and run for office after recovering from profound tragedy,” Hurst wrote. “In 2015, I was just beginning a new life with my late girlfriend, Alison Parker. Alison and Adam Ward’s murder on television shocked the country and set me on a different path. My career in news was fulfilling but instead of asking questions, I became focused on finding solutions.”

As the public face of the grieving Roanoke station after the shooting, Hurst gained national attention that helped him become a top House candidate fundraiser, the Associated Press reported in April.

Thanking voters in Narrows and Blacksburg. On to Radford next! #GameOnVA pic.twitter.com/SXyzrZyd8d

The newcomer will join one other delegate as the only Democrats representing southwest Virginia in the statehouse, according to The Roanoke Times.

“I know that Alison is with us and she’s smiling,” Alison’s father, Andy Parker, said at Hurst’s election night watch party, according to the Times. “I’m so proud of Chris and all that he’s done with this campaign.” 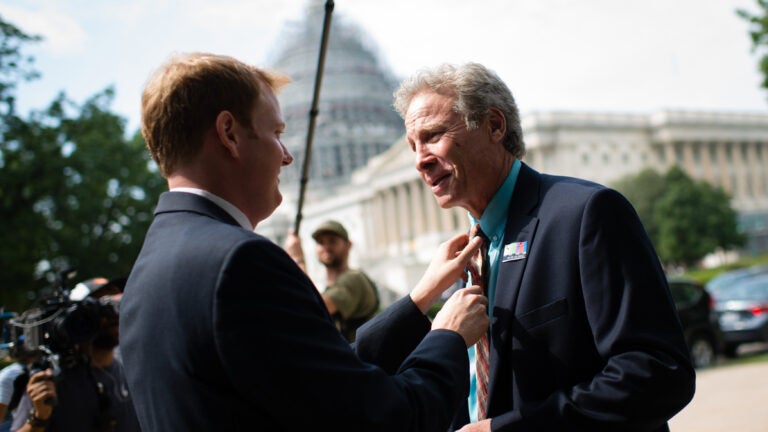