A car was pulled out of a sinkhole caused by a water main break on Langdon Street in Manchester, New Hampshire, early Wednesday morning.

Police reported the break at 5:46 a.m., asking the public to avoid Langdon and Canal streets.

“We had a car in a hole, and we had river water flowing down Langdon Street,” John St. Pierre of Manchester Water Works told NH1.

A towing company lifted the car out around 9 a.m., the news station reported, and the vehicle seemed to have little or no cosmetic damage.

You think you had a tough morning? The owner of this car may have you beat. Car falls into sinkhole after water main break in Manchester. Langdon St. closed and will be for the day. #nh #nh1news pic.twitter.com/pHbfuGEO2J

Manchester police are searching for the car’s owner, according to NH1. 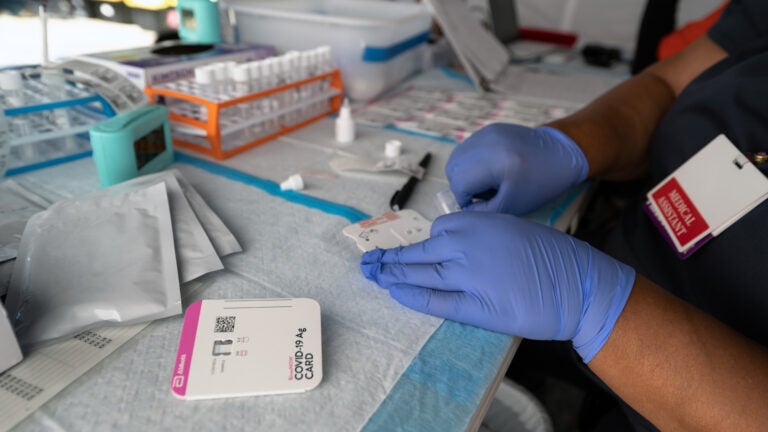 New Hampshire offered to deliver residents free rapid COVID-19 tests. They ran out in a day.