BATH, Maine (AP) — The second in the U.S. Navy stealthy Zumwalt class of destroyers headed out to sea for the first time on Monday, departing from Navy shipbuilder Bath Iron Works for builder trials.

The future USS Michael Monsoor carefully navigated the winding Kennebec River before reaching the North Atlantic. It’ll be at sea for several days before returning to Bath Iron Works for tweaks and adjustments. Part of the 610-foot-long ship’s crew posed for photos at Fort Popham, in Phippsburg, as the ship cruised past. 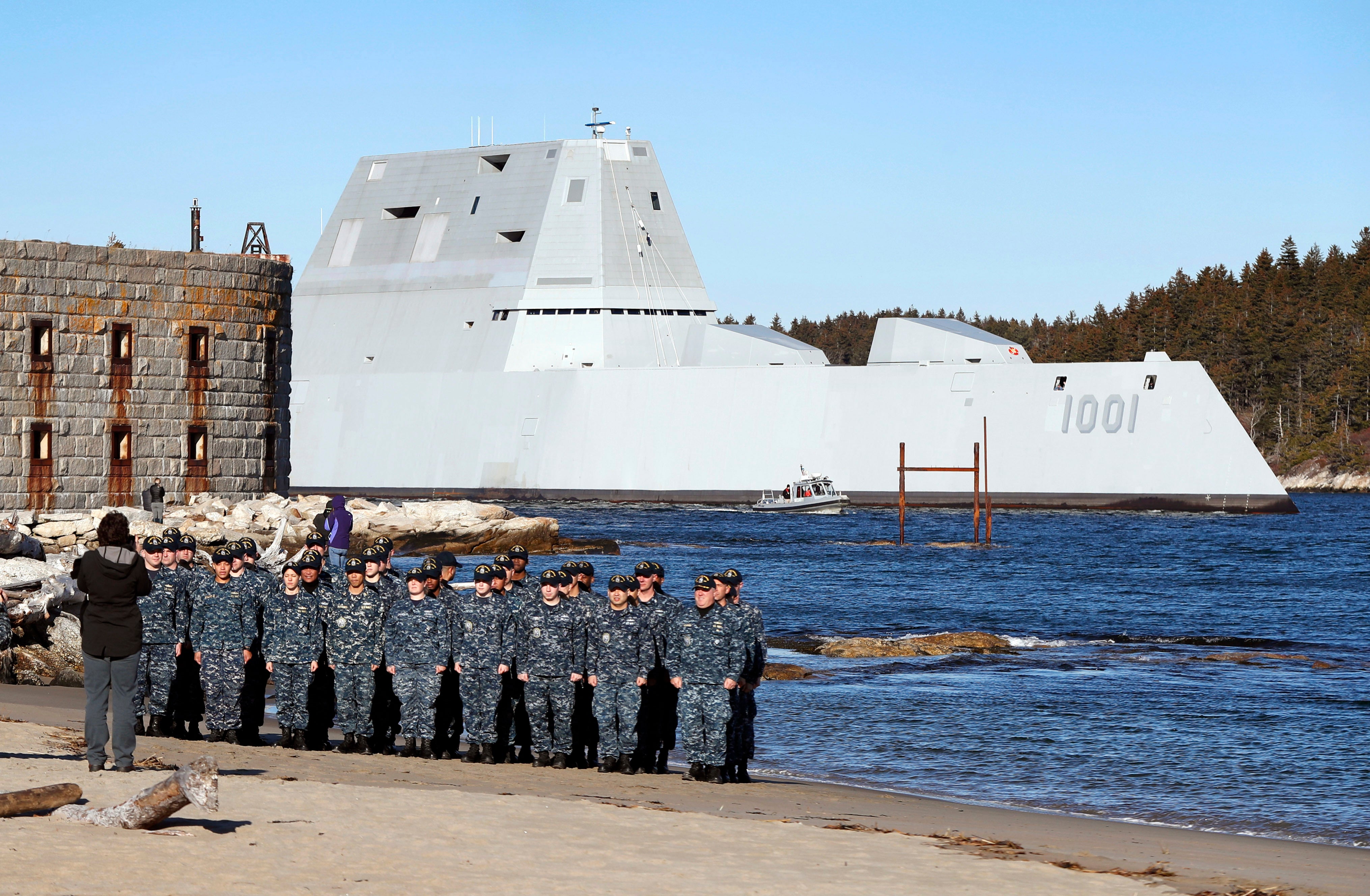 The Monsoor is the second in a class of three futuristic-looking ships that feature electric-drive propulsion, new radar and sonar, powerful guns and missiles and a stealthy shape.

The first, the USS Zumwalt, has been commissioned into service and is based in San Diego. The third will be the Lyndon B. Johnson, which is under construction.

The Monsoor is named for a Navy SEAL, Michael Monsoor, who died in Iraq in 2006 when he threw himself on an insurgent’s grenade to protect his comrades. Monsoor, a 25-year-old California native, was awarded the Medal of Honor posthumously.

The three warships are the largest and most technologically sophisticated destroyers built for the Navy. They’re also the most expensive, with an estimated cost of $12.9 billion for all three, according to Navy budget estimates. 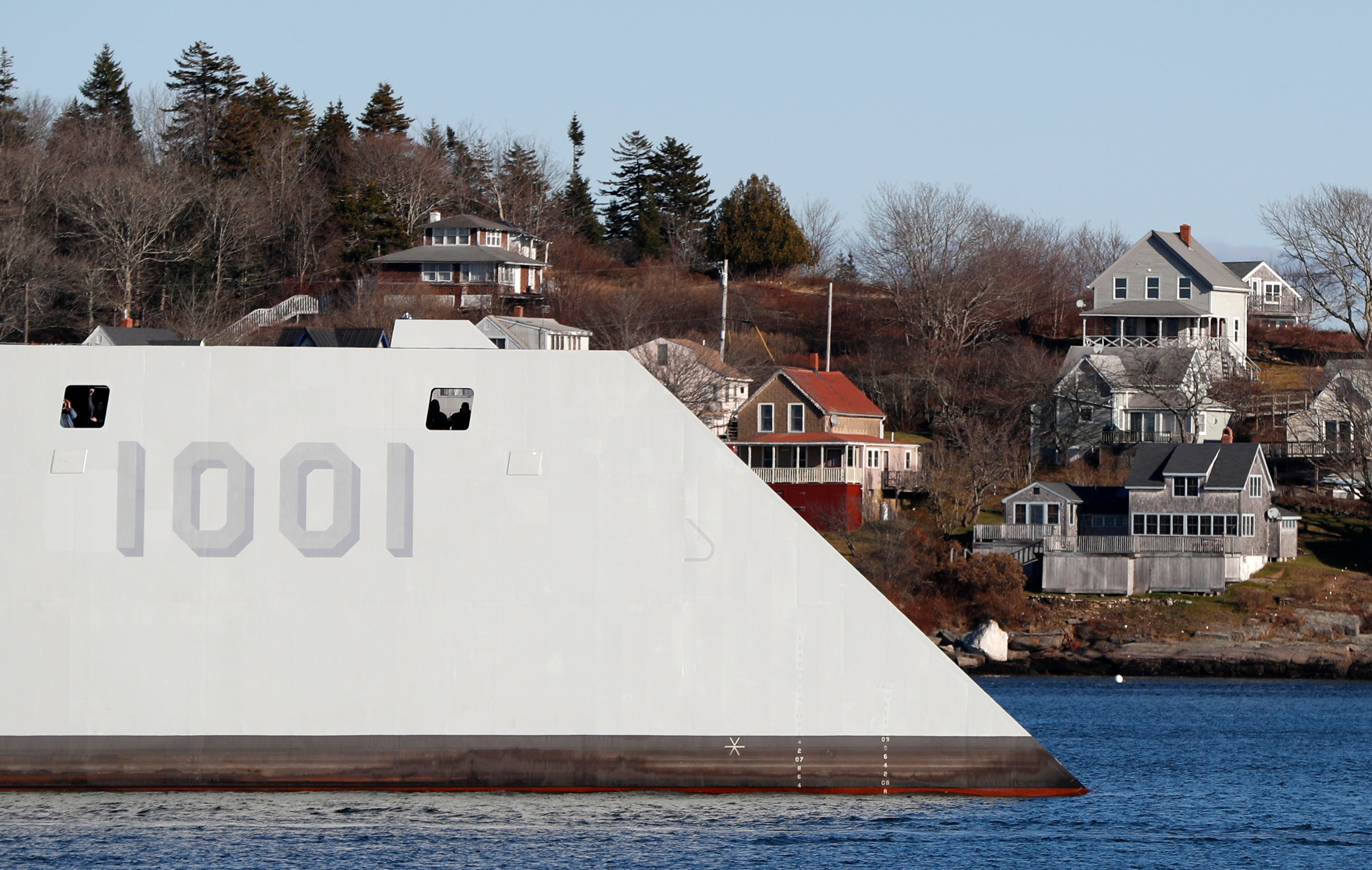 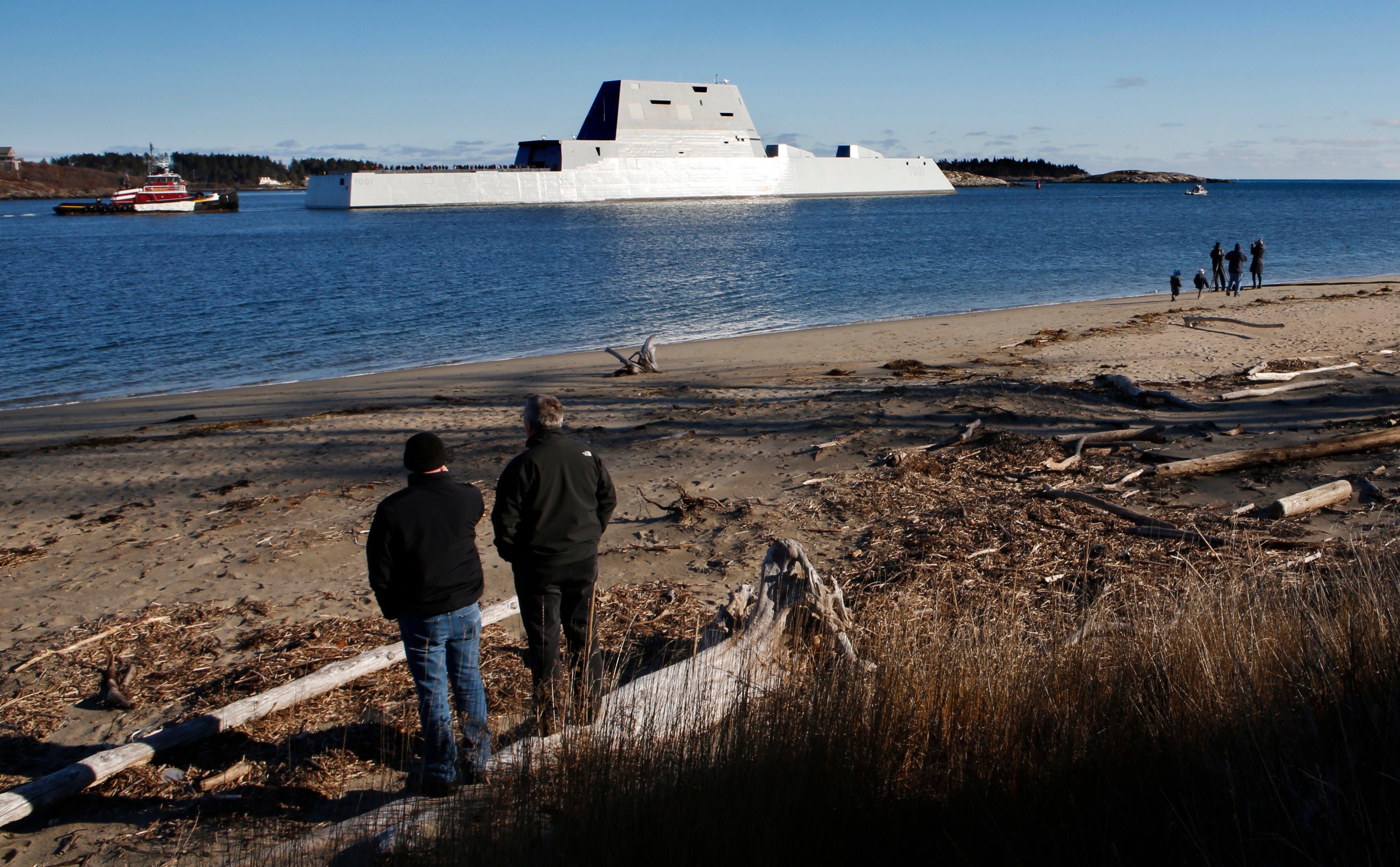 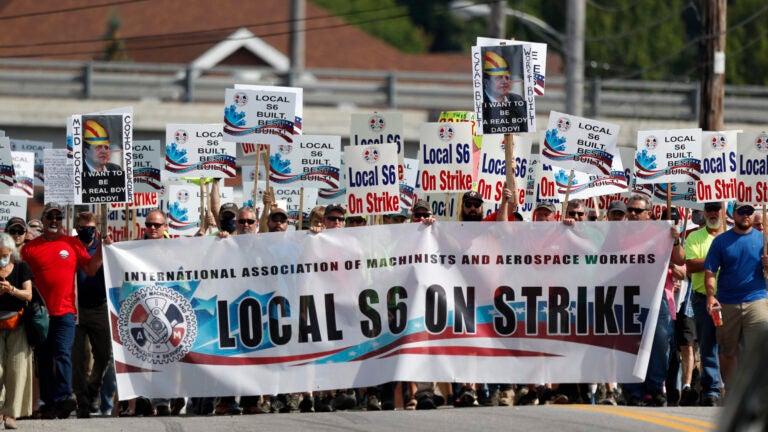