Last week’s arrival of the first new Orange Line train cars provided another reminder of the MBTA’s ongoing quest to improve service. And whether or not passengers have started noticing, the agency says its transformation is “gaining speed.”

“This Board recognizes that the day-to-day realities of many T riders do not necessarily align with this view of long-term progress,” the MBTA Fiscal and Management Control Board wrote in a report released Friday.

They added that “the groundwork is in place for a much better future.”

Here’s a rundown of the major changes and upgrades that are on track for that future, as well as those that remain on the back-burner. It’s a lot more than just new subway cars.

But first, there is that new Orange Line fleet.

The first of the new #OrangeLine cars has arrived on #MBTA property! pic.twitter.com/iCnqhngc6V

Following the well–documented rollout of the new trains, riders are expected to begin experiencing them in action by the end of next year. As WGBH reported last month, the new-and-improved cars feature more inside space, wider doors, deployable boarding ramps, and LED route displays.

According to the MBTA, delivery of the fleet was expected to begin in December 2017 and should be finished by 2022. The first of the trains will be tested on MBTA tracks early next year.

The 46-year-old Red Line stop is closing for 20 months beginning January 8 for a $33 million renovation that includes new elevators, escalators, and walkways. 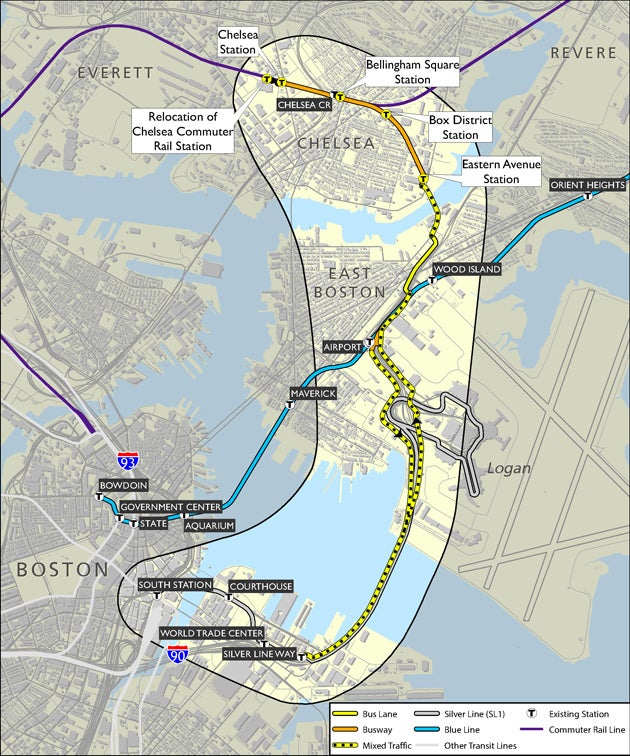 According to The Boston Globe, the Quincy station will reopen in August 2019. The project is expected to be completely finished by the winter of 2020.

Five years after the project was announced, the Silver Line is posed to extend to Chelsea beginning this April, according to the Globe. Officially known as the Silver Line Gateway Project, the expansion includes four new bus stations and connects Chelsea and East Boston (via the Blue Line’s Airport Station) with the Red Line’s South Station and the Seaport District.

Officials say the new designated bus route is expected to help relieve traffic in both Chelsea and the Seaport.

It’s not just the Orange Line; the MBTA also has a deal to replace its entire fleet of Red Line trains, which officials say will speed up service and “prevent overcrowding and delays.” According to the agency, the first cars will be delivered in December 2019. The entire fleet should be in service by September 2023.

Despite some worries about accessibility, the MBTA is moving forward with a plan to implement a cashless fare payment system. The system would eliminate cash payments to board buses, trollies, and trains, and instead would have all customers to pay their fares by tapping a CharlieCard, credit card, or smartphone on an electronic reader. The new system would also eliminate the CharlieTicket.

The MBTA says it will begin to roll out the new system in 2019 and expects it to be fully implemented — operating alongside the old system — by May 2020. According to the agency, the old system will be retired by May 2021.

According to the Globe, construction could begin early next year, with service ready to begin in 2021.

The extension also includes new Green Line cars, which are slated to hit the tracks in 2018, according to MassLive. 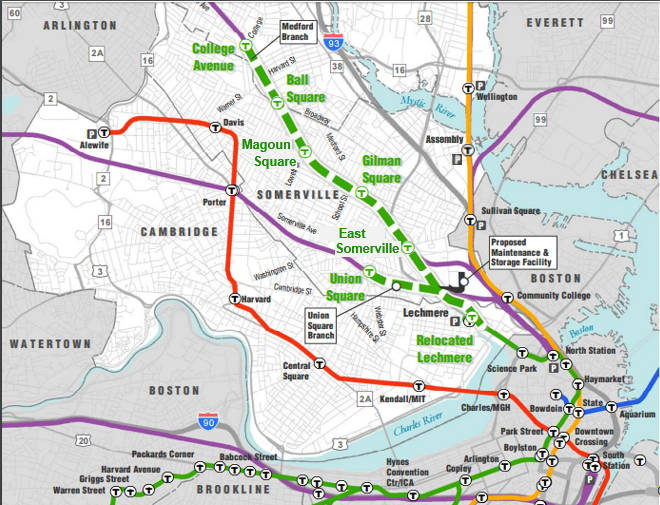 Boston’s recent bid for Amazon’s second headquarters has resurfaced consideration of expanding the MBTA’s Blue Line — and in more than one way.

The first proposal is the long-parried idea of a Red-Blue connector, which would link the only two MBTA lines that do not directly intersect. As the Globe reported in October, the proposed project, which was indefinitely put on hold in 2015, would extend the Blue Line approximately 1,500 feet from Bowdoin Station to connect with the Red Line at Charles/MGH. According to the Globe, MBTA leaders have begun looking at the idea again.

The other proposed Blue Line expansion would be to extend the other end of the line northward into Lynn, an idea which has received support from Democratic gubernatorial candidate Setti Warren.

Officials haven’t taken action on either of these plans, but it’s possible that could change next year when Amazon announces its final selection for its second headquarters.

Boston has a North Station and a South Station. But what about a West Station?

The proposed Allston bus-and-rail station was once slated to begin construction this year and open in 2020. But according to the Globe, those plans (which were part of a much larger transportation project) have now been delayed until 2040. Despite protest from local observers and transportation activists, officials reportedly said that the area was not expected to generate enough passengers to immediately merit a new station.

The MBTA is currently undertaking a “feasibility reassessment” of another long-sought-after transit project: the North South Rail Link. The proposed rail tunnel would connect North and South stations, which, as the Globe recently noted, would provide an “unbroken rail route” from Maine to Washington, D.C., among other purported benefits.

The proposal enjoys support from a long list of the state’s highest-profile current and former elected officials.

The MBTA says it anticipates competing its reassessment of the project in the spring of 2018.

What’s more popular than Gov. Charlier Baker, the nation’s most popular governor? Apparently, a nonexistent high-speed rail route connecting Boston and Springfield. State Sen. Eric Lesser, perhaps the most outspoken supporter of the proposal, says it would would transport passengers between the two cities “in 90 minutes or less.“

According to the Globe, a bill to study the “East-West rail” project has been passed by the Massachusetts Senate three separate times. However, each time the bill was ultimately, um, derailed. 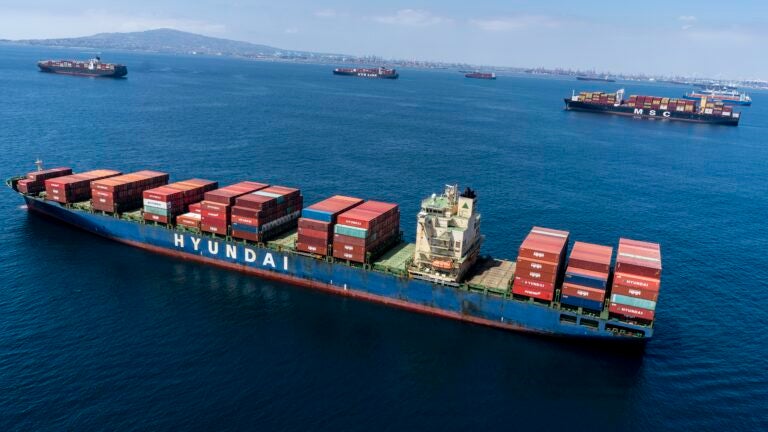 Port of Boston welcomes its biggest container ship ever