Sharks aren’t the only things freezing on the shores of Cape Cod.

From Wellfleet to Eastham to Orleans to Brewster, this week’s historic cold spell has resulted in the Cape’s bayside communities looking less like the sandy summer destinations for which they’re known and more like Hardhome or Hoth.

The single digit temperatures have brought hordes of frozen ice chunks to the Cape Cod Bay shores — and to the social media accounts of astonished social media users.

“Looking more and more like Siberia everyday,” one person wrote in the caption of their Instagram photo of Ellis Landing Beach in Brewster.

According to The Boston Globe, the Coast Guard has been busy breaking up the ice, which has already damaged docks and locked up some local harbors. Officials said they’re requesting additional ice-cutting vessels to be brought to the Boston area.

Meanwhile in Eastham & Orleans, wind is pushing all the Cape Cod bay ice chunks toward the coast. #capecod #StormHour pic.twitter.com/HbJrPqiduV

Looking more and more like Siberia everyday. At this point 30’s is gonna feel like a heatwave??❄️?

It’s not first time giant ice chunks have descended on the Cape. In 2015, tundra-like images generated national headlines with “mini icebergs” more than 5 feet tall washing ashore. According to the Associated Press, the chunks were fragments of the significant amount of ice that had built up offshore during that respectively record-breaking winter.

These ice chunks don’t appear to be quite as big, but have resulted in some striking images nonetheless.

Never ceases to amaze me (as is the case with so many things in nature) that this is the same place people were swimming and sunbathing just a few months ago… pic.twitter.com/TlVsbjf2wJ

SE of corner of Cape Cod Bay from Brewster to Eastham is pretty well locked in ice pic.twitter.com/qqDTtk6qJ6

Nice day for a sunrise dip?❄️

Gray’s Beach in yarmouth port has turned into the attic tundra @ericfisher pic.twitter.com/7gKAvcHxEt 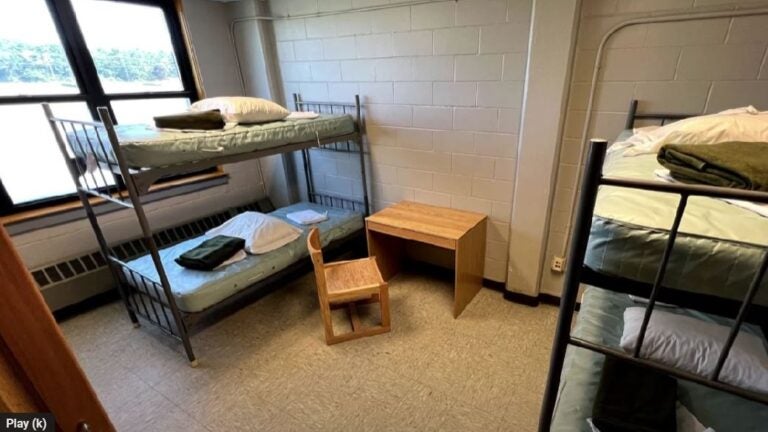 Video: See inside Cape Cod base where migrants flown to Martha’s Vineyard are staying