The mural, “Everyone Loves a Parade!,” by Quebec artist Pierre Hardy, is described as celebrating 400 years of Burlington and Vermont history by showing builders and leaders that contributed to the city and state. It was installed in 2012.

But activist Albert Petrarca, a member of the Off the Wall coalition, wrote in an opinion piece in the Burlington Free Press in late October that the mural “has imposed white supremacist and fake history paint on the town square,” by failing to adequately represent Native Americans. He turned himself into police after spray painting on the mural’s plaque in October.

The colorful mural shows historic and contemporary figures including: Samuel de Champlain, Ethan Allen — one of the founders of Vermont — and one unidentified Native American. Independent Sen. Bernie Sanders, who got his political start as mayor of Burlington and Democratic Sen. Patrick Leahy are also featured. Musicians include Trey Anastasio of the group Phish, who met at the University of Vermont, and singer-songwriter Grace Potter.

While Burlington is slightly more diverse than other areas of Vermont, one of the whitest states in the country, nearly all of the characters in the mural are white.

The Church Street Marketplace, the shopping and dining outdoor mall that privately raised $100,000 for the mural, says it’s received a handful of complaints about the mural over the years, according to the mayor’s office.

The city is now looking at adapting the current mural, building a second mural or replacing it altogether.

Democratic Mayor Miro Weinberger said the piece is an “engaging” but acknowledges its problems.

“It is clear that there are important gaps and omissions in the history it portrays that need to be addressed,” said Weinberger, who is also depicted in the mural.

Among those omissions are leaders of the Abenaki, who settled in parts of what later became Vermont, and African-Americans, who were making their mark in Burlington and in the state, he said.

The Marketplace commissioned the mural so Weinberger asked for possible solutions.

One, in particular, doesn’t sit well with Petrarca. The “two-mural solution” returns the city to “a Jim Crow-era of separate but equal,” he said in a release last week, according to the Burlington Free Press.

Petrarca didn’t respond to an email message from The Associated Press. Both the artist and the Marketplace referred questions to the city.

Walking near the mural recently, former Burlington resident Kristina Nichols, of St. Albans, Vermont, said while she’d hate to see the mural go, it’s important to accurately reflect the past.

“It’s a really nice piece of art. I have to respect the artist and the art in general. That must have been a lot of work and a lot of time so I really hope they don’t get rid of it,” she said.

Molly Stone, who works at the Church Street Marketplace, doesn’t like the mural although she recognizes tourists do.

“The more you look at it, the more it upsets me,” she said. “It’s kind of sad when you look through the entire history that there’s 99.9 percent white people throughout the entire thing.” 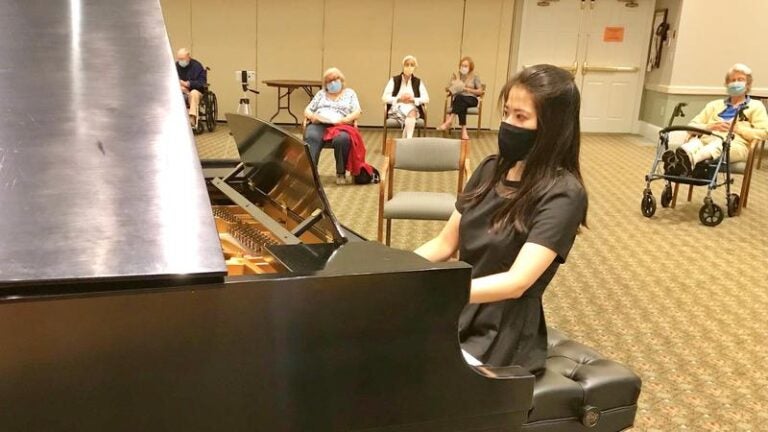